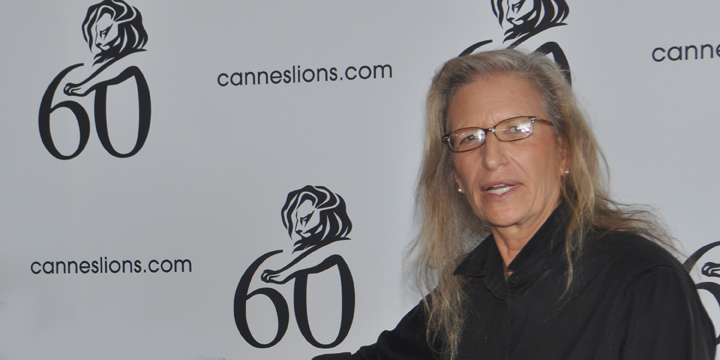 Art and Photo with Annie Leibovitz at Cannes Lions

Where does journalism end? Where does art begin? Do art and photo go hand in hand? World-famous American photographer Annie Leibovitz has answered all these questions in Cannes during a press conference organized by the Cannes Lions.

Annie Leibovitz, considered the greatest current photographer, said at Cannes Lions that he was happy to work on some great advertising campaigns, including last season’s Louis Vuitton “Core Values”, the last part of which being a picture of boxer Muhammad Ali, that have her won the Grand Prix Strategies. “Working with such prestigious brands makes me want to surpass myself and be more creative,” she said.
According to her, photography is a promising future media. Annie Leibovitz has made sure to get rid of the debate “Is it art? Is this journalism?” concerning her own pictures. “At each meeting, I try to start a dialogue with the person I photograph, whether a musician, an actor or a politician,” she explains. “To be effective, one must be passionate and when you have the opportunity to work on something that you can really idealize, it less of a business, more a way of life.”
For her then, it does not matter where her photos appear: “Whether in a magazine or for an ad, I try to tell a particular story, the story of the man or woman that I photograph,” she says. Annie Leibovitz particularly returned on one of the most moving pictures of her career, that of John Lennon and Yoko Ono taken in 1980, a few hours before the murder of the Beatles’ singer. “He is naked, he kisses Yoko. I wanted to show the closeness existing between these two beings … ”
Annie Leibovitz was born on 2 October 1949 in Waterbury, Connecticut. She began her career as a photojournalist for Rolling Stone magazine in 1970, when she was a student at the San Francisco Art Institute. The artist has been exhibited in museums around the world, including the National Portrait Gallery, the Corcoran Gallery in Washington, the International Center of Photography in New York, the Brooklyn Museum, the Stedelijk Museum in Amsterdam, the Maison Européenne de la Photographie in Paris, the National Portrait Gallery in London, the Hermitage Museum in St. Petersburg or the Pushkin State Museum of Fine Arts in Moscow.
Leibovitz has received many honors: in 2006, she was awarded a Commander of the Order of Arts and Letters by the French government. In 2012, she received the Los Angeles Museum of Contemporary Art Award, awarding women artists and the Wexner Prize. In 2013, she received the Prince of Asturias Award for Communication and Humanities. She is currently living in New York with her three children. 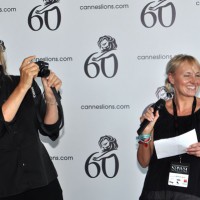 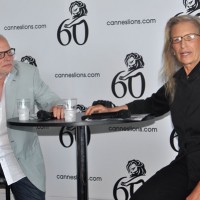 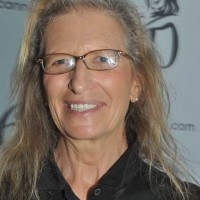 Art and Photo with Annie Leibovitz at Cannes Lions was last modified: June 26th, 2013 by tamel