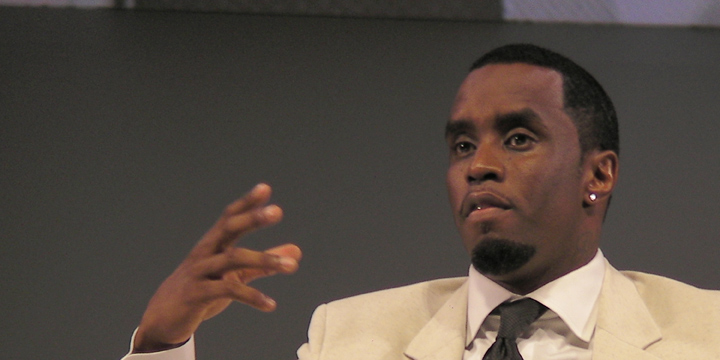 Cannes Lions 2013 invited P.Diddy/Puff Daddy/Sean Combs to talk about his success on a seminar. Sean John Combs, aka Puff Daddy, is a jack of all trades: producer, rapper, dancer, actor and businessman… No wonder he changes names as of suit. Sean’s success in music has resulted in a collection of businesses, including television. The musician uses social media as a professional.

Seam Combs was born on November 4, 1969 in Harlem, Manhattan, New York of African-American mother and a Haitian father. After graduating from Howard University in Washington DC, he joined the production Uptown Entertainment. In June 2003, Daddy teamed up with MTV to find the next big hip-hop band with Making the Band II. Seam Combs made his acting debut in the film Made, he also appeared in the path of the highly anticipated prequel Carlito: The Beginning directed by Brian De Palma and continues to receive rave reviews for his role in Monster’s Ball where he sis starring with Halle Berry. In addition, he made a successful Broadway debut starring in the lead role of Walter Lee in Lorraine Hansberry classic tale, A Raisin in the Sun. In 2008, Sean was the lead actor and executive producer of the television adaptation of the hit for ABC, which was nominated for three Emmy awards. Sean won an NAACP Award for Best Actor for his role in the film. In 2010, he co-starred alongside Russell Brand and Jonah Hill in Judd Apatow’s comedy Get Him to the Greek, which earned him rave reviews.
Besides the fame he gained in entertainment shows, he continues to innovate in the fashion industry. Since the inception of his label, Sean John Clothing, he has been praised for its innovative and sexy approach to fashion. His efforts were recognized in 2004 when he was awarded the prestigious Perry Ellis Menswear Designer of the Year Award of the Council of Fashion Designers of America (CFDA). In addition, Sean launched his first fragrance, Unforgivable, in 2006 with cosmetics giant Estee Lauder which quickly became the number one selling fragrance across America followed by Unforgivable Woman in 2007 and I’m The King in 2008. Also in 2007, Sean signed a partnership with Diageo for a groundbreaking strategic alliance to oversee and manage all branding and marketing for vodka Ciroc.
In 2013, Combs announced an innovative partnership with Comcast, the largest cable television provider in the nation to launch its own network, Revolt, a music and television channel influenced by the new social media. The rapper unveiled at his Cannes Lions press conference that he frequently used his Twitter account, for example to explain his work. The rapper admits he tweeted a photo on which he is seen shirtless in the process of serving a glass of sangria, just before heading to the pool. He also said he was drewing his creativity from his family and especially with his 22 year old son, Justin and Christian, early connected on social media (he also has twin daughters D’Lila Star and Jesse James).
Sean Combs alias Puff Daddy uses social media for music as a video is circulating showing the music mogul dance on an airport runway and then continue his way up into his private jet, continuing the little choreography inside the place. When the clip was unveiled, he commented by saying: “There are some levels that you can’t achieve but by doing the right thing, let me show you two or three things …” 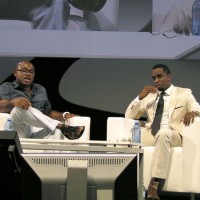 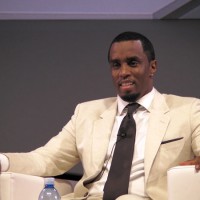 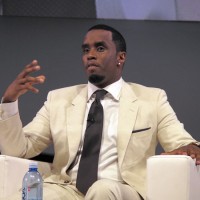 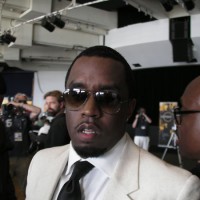