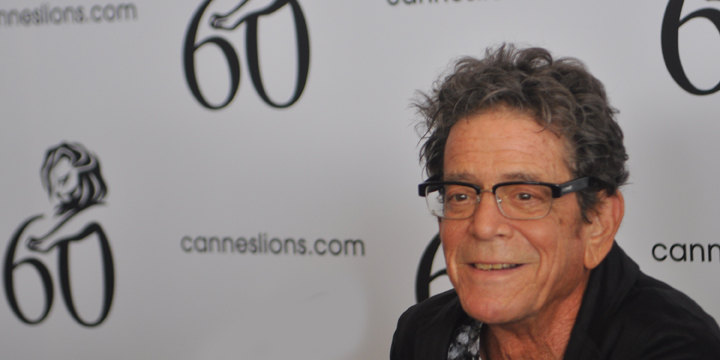 This year again, the Cannes Lions tradition of inviting legendary music icons in a one-on-one convivial discussion about creativity and inspiration was respected. Lou Reed attended the Grey Group Seminar  and spoke with Tim Mellors. At the time of his Velvet Underground, poet songwriter Lou Reed, when asked “Why do you play dirty songs?” used to answer “Because I have dirty songs in my mind!”. The American master prouved on his seminar that he hasn’t  lost his caustic mind.

The creator of the Velvet Underground, who began singing with late female singer Nico is a survivor: earlier this month, Lou Reed received a liver transplant. His talk at Cannes Lions is his first public appearance since his operation. The 71-year-old rocker remined his long-lasting career. Introduced into the Rock and Roll Hall of Fame in 1996 after founding the legendery band Velvet Underground, he released several albums like Lou Reed and Transformer in 1972, Berlin (1973) and Sally Can’t Dance (1974), including world hits like Take a Walk on the Wild Side, Intro or Perfect Day (later sold for a Children in Need charity). After his 2008 live lectronic music album called Lou Reed’s Metal Machine, his last creation is the play LULU directed by Robert Wilson and performed at the Berliner Ensemble Theater.
At Cannes Lions, Lou Reed expressed his concerned about the revelation by 29-year-old Edward Snowden that the NSA has been monitoring phone and e-mail communications of Americans. “There are so many things in this world that are changing so quickly, everything is an inspiration,” Reed said. “You could have an album about that. “Missing snow.” He then tolds his grievances about the poor sound quality of MP3s and digital music: “MP3s for God’s sake. A really miserable sounding thing!” Reed compared the “horrifying” sound of CDs to the “beautiful warm sound you can get on vinyl.” But that wasn’t all. He pushed on: “We were used to make a record but they reduced the size of it and put it in this plastic that immediately breaks. Do you realize they are really messing with you ? But meanwhile the musicians don’t get paid anything. Making a record is now a kind of a promotional thing.”
Eventually, at the press conference, when asked about how he remained creative, Lou Reed answered: “I masturbate every day!” 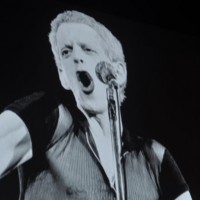 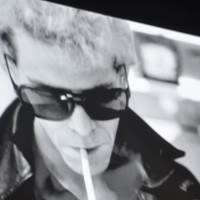 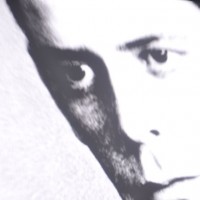 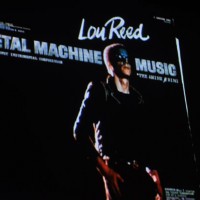 Lou Reed and his Metal Machine 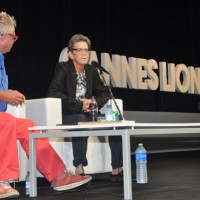 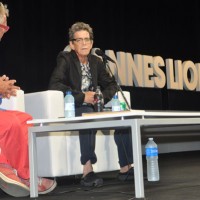 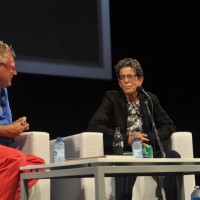 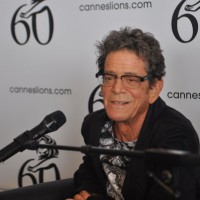 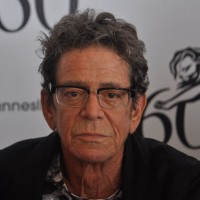 Lou Reed Walks on the Wild Side of Creativity at Cannes Lions was last modified: June 26th, 2013 by tamel