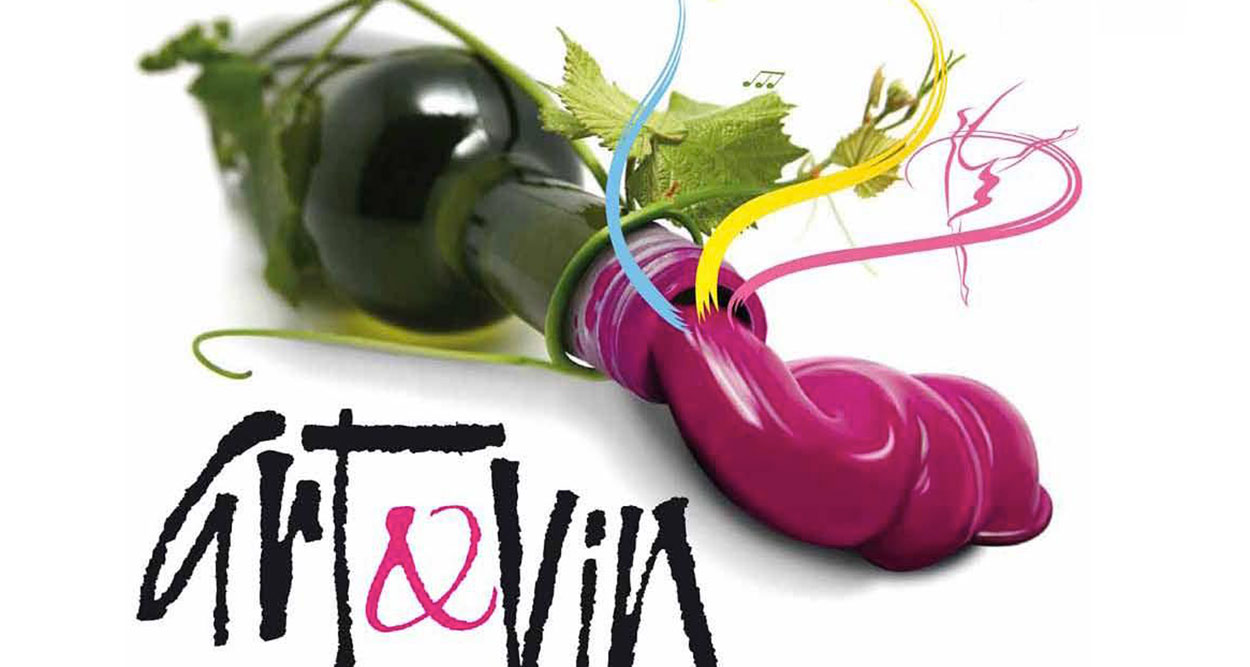 Winemakers are artists who so well know to marry man to earth and their work of sublimation of nature matches the one of plastic arts artists who give spiritual dimensions to the material they master. The Art et Vin exhibitions, organized by the Fédération des Vignerons Indépendants du Var, belongs to the oenotouristic events in Provence-Alpes-Côte d’Azur. The program of this summer feast for the eyes and the palate was presented at Chateau de Toasc, in Nice in the heart of the famous Bellet vineyards.

Architecture and heritage in the spotlight

The 2014 edition of Art et Vin, running from July 1 to August 31, is themed architecture and heritage. Considered the mother of all arts until the 17th century, architecture boasts its artistic and humanistic dimension today with large urban and landscape works. Artists, architects and landscape architects are always closely linked as they establish together the heritage. The Var castles and vineyard landscapes are valuable witnesses of their art and commitment.

Winemakers wish to raise awareness of their treasures of ancient architectures, often classified, of modern, environmentally friendly cellars, and outstanding vineyards, gardens, parks and woods sights.
The Terres de Saint-Hilaire has an abbey built in the 17th century on the site of a Roman temple dedicated to Hercules, and the Commanderie de Peyrassol was a Templar Commandery founded in early 13th century.

To highlight this heritage and artists they like, winemakers and artists strived to install in indoor and outdoor artworks on the best place in vineyards.
That goes from the monumental sculptures of famous Bernar Venet at the Chateau d’Astros in Vidauban to painters, sculptors and designers as Alejandro Tobon and José Fernando Munoz at the Chateau Saint-Martin in Taradeau. Photography is put forward with David Dahan and Just Cage at Chateau Thuerry in Villecroze.  Another celebrity, Jean-Pierre Rives, presents his works at Terres de Saint-Hilaire in Ollières.

A feast for the eyes and taste

Either through the concept, the material, the shape or texture, many artists see the the Art et Vin event as a unique way to establish a close relationship between the nature, location and memory. Some other winegrowers/artists duos simply use the meeting to invite their customers and their friends to a feast for the eyes and taste…

At Chateau de Toasc, after the presentation of Art et Vin agenda and artists, Bellet wines producers gathered to let the attendees taste their world famous wines. The hills of Bellet count a dozen winegrowers, deeply committed to tradition and quality. The Bellet vines are growing under the sun on the “poundingue”, made of ancient pebbles, at 200 – 300 meters in altitude, gently brushed by the wind from the plains.
The Chateau de Tasc is offering an AOC Bellet for the wine, an AOC Olive de Nice for its olive oil and boast its love of Ecole de Nice artists.

The Art et Vin Chateaux, artist and exhibition vernissages are on:  www.art-et-vin.net