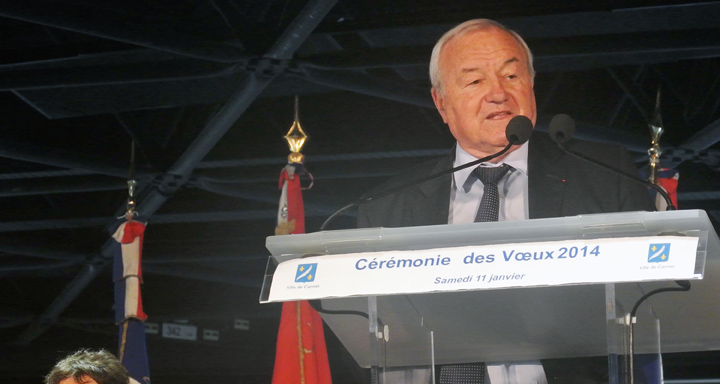 On January 11, Bernard Brochand, MP-Mayor of Cannes, surrounded by his municipal team, extended his greetings to the people of Cannes at the traditional New Year ceremony held in the Lérins hall of the Palais des Festivals.

Among the large audience, about 2,000 people, were the civil authorities and the sub-prefect Rachid Bouabane Schmitt, mayors of Mandelieu, Henry Leroy, of Theoule-sur-Mer, Daniel Mansanti, and Mougins, Richard Galy as well as military and religious authorities.
All had met on this solemn day to attend the last ceremony of the mayor who, for more than 13 years has been managing brilliantly the Capital of Cinema and his city garden, to give it a shiny international aura.
Wearing a dark suit and a polka-dot tie, Bernard Brochand gave a 45-minute speech. He began by thanking all those who have trusted him during all these years at the management of the city, six times during elections, but also the prefects and sub-prefects, and Eric Ciotti, President of the General Council.
He expressed his pride to see that, under his leadership, the city has reinvented itself, transformed and modernized. He advocated the “positive attitude”, especially when faced with the crisis, noting also that, for twelve years, Cannes has been renewed, transformed, modernized and beautified.
He lamented the fact that the new regulation prohibiting take stock of actions, although he was very keen of doing it but his sense of humor and derision has taken over, as always, with this little sentence: “They all are saying me hush and they are right!”, causing laughter to burst in the hall.
He could not help yet to evoke with a small hint of pride the great success of the Parc Montfleury, of the multimodal transportation hub (train station), the realization of high-level bus rapid transit (BHNS) or the creation of the university campus in La Bocca and the future Cinema City near town centre. He also highlighted the decline in street crime, estimated at minus 13 % in 2013.

Bernard Brochand also welcomed the inclusion of the city in the communauté d’agglomération of the pays de Lérins (including the towns of Cannes, Le Cannet, Mandelieu, Mougins and Theoule), of which he is today the president. The slogan of the Mayors of Pays de Lérins is: “bold, together.” Audacity found, according to him, both in management and in the economic development projects.
Finally, the deputy mayor has paid tribute to David Lisnard for his work along him as first deputy, but also as president of the Palais des Festivals et des Congrès, which, with its team, contributes significantly to the economic prosperity of the city.
A touching moment as well, when Bernard Brochand told of the anniversary of his wife whom he praised for having supported him during the 13 years he devoted himself to his city. Finally, he concluded with these words: “I’m not dead, I will continue to work as a MP until at least 2017 and as president of the Pays de Lérins for a few months.”

Hats off to Captain Bernard Brochand who, during his 13 years of governance in Cannes, has found a delicate balance between boldness and wisdom to give the city its reputation. 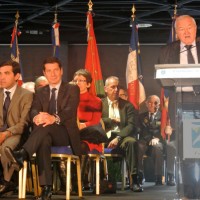 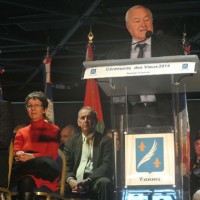 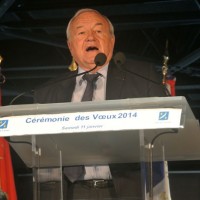 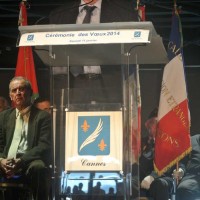 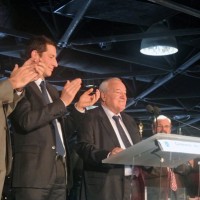