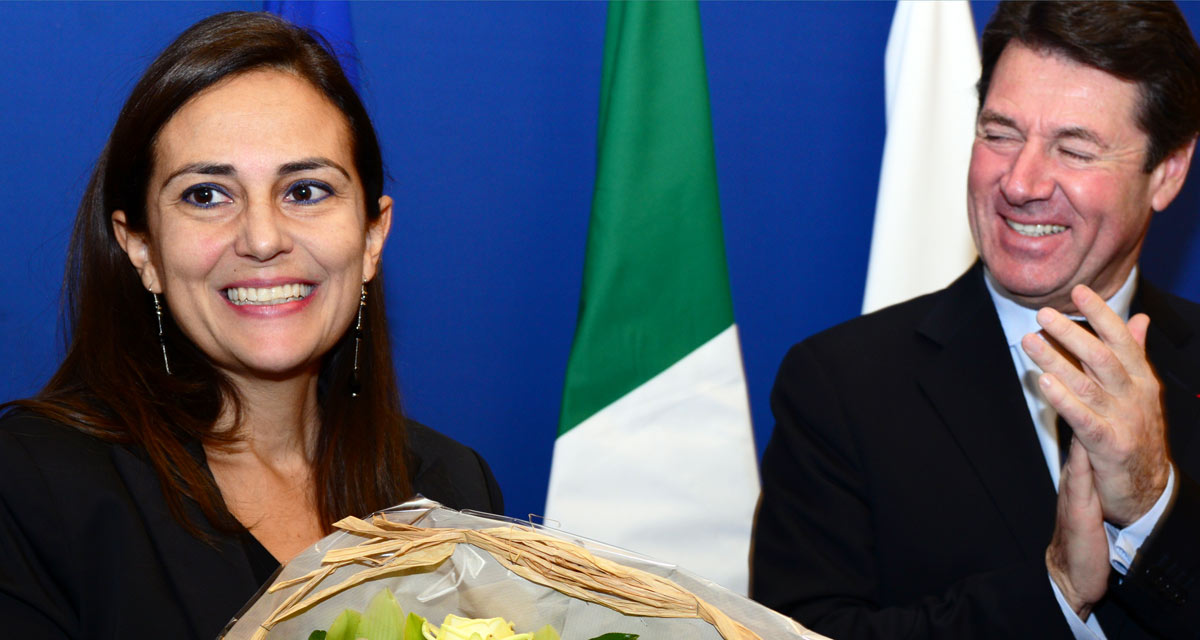 On January 20, 2014, Christian Estrosi, Mayor of Nice and President of Nice Côte d’Azur Metropole, extend his best wishes to the Italian Community in the Villa Massena in Nice.

The Italian Community had come together in the grand salon of the Villa Massena around its representative, Italian General Consul Serena Lippi and Paolo Celi, President of Amitié France Italie (France-Italy Friendship) association. Eric Ciotti, MP, Chairman of the General Council of the Alpes-Maritimes, Rudy Salles, MP and Deputy to the Tourism of the city of Nice, mayors and councilors elected in the Alpes-Maritimes and Italian delegations and personalities were attending the ceremony.
This annual event provides an opportunity to tighten the bond of friendship between two people who have close relations of sympathy in many areas. The Italian community, estimated at more than 8,000 people, is one of the largest among those established in Nice.
In addition, around ten thousand Italians have a secondary residence  in Nice and are staying several months a year. Numerous Italian tourists are a large number of customers. Many more are the Niçois  with Italian origin, including the Mayor of Nice, grand-son of immigrants from the region of Umbria.
During his greetings speech, Christian Estrosi announced his desire to revive a historical memory by giving the name “Boulevard des Italiens” to an axis of the Coulée Verte. Indeed, until 1946, the boulevard Jean Jaurès was called “Boulevard des Italiens.”
The mayor said: “Today, the Italians of Nice and Niçois from Italy, you are one of the most active and most enterprising communities of our city. Today, Nice goes ahaed, is embellished, gets richer with you. You play a leading cultural, economic and social role.
In 2014, and even longer, Nice is counting on you to grow in intelligence, strength and wisdom. But there is something else. There is something stronger than work. There is something stronger than esteem or admiration. There is something stronger than friendship. There is passion!”
Christian Estrosi concluded: “I offer to Italy all the wishes of Nice for the prosperity and influence of its people, and I ask you, Madam Consul General, to be the interpreter with your government. Auguri, tanti auguri a tutti!”
The President of France-Italy Friendship, Paolo Celi, completed this successful event by extending his best wishes for 2014 on behalf of the Italian community to Christian Estrosi. 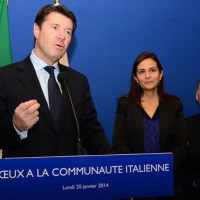 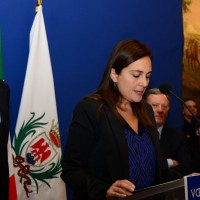 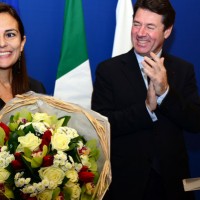 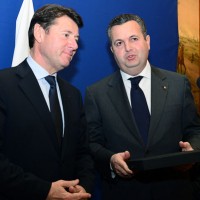