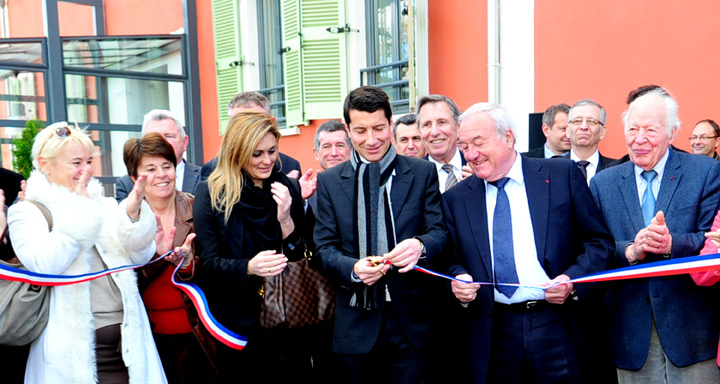 “Hopefully, CréACannes will become the SiliCannes Valley in Provence!” said David Lisnard, promoter of the City of Companies located on the site of the Bastide Rouge, where the business incubator was opened on February 24, 2014.

On the site Bastide Rouge in Cannes La Bocca, the City of Cannes is playing “Business Angels” by developing an ambitious project to boost employment and prosperity in the Cannes basin. On four acres, the City of Companies called “CréACannes Entreprises” will promote the Creative Economy, digital imaging (audiovisual, cinema, photography, video games…), aerospace industry and new technologies of information and communication. CréACannes is now implementing a true innovation chain at Bastide Rouge, composed of different structures, each corresponding to a stage of entrepreneurship.
A first component of the project, the business incubator, was inaugurated on February 24 by David Lisnard, First Deputy to Mayor of Cannes and delegated to Economic Development and Employment, alongside Bernard Brochand, Mayor of Cannes, in the presence of Bernard Kleynhoff, President of the CCI Nice Côte d’Azur, Senator Pierre Laffitte, founder of Sophia Antipolis, representatives of the Cannes business world, including Thales Alenia, and many personalities.

A home for startups

The business incubator provides a warm home to bold and dynamic young entrepreneurs for stays of 23 months, renewable once. It includes 18 offices, some shared officies and meeting rooms. Currently, it’s hosting 13 start-up firms, a photography school, the companies Incubator “Creative 06” and “Paca-Est” and “Coopétic” incubators that will accompany the startups, and the CCI Nice Côte d Azur .
The building of 800 m2 on three floors, has been renovated in respect of the local architectural heritage.

CréACannes is ideally located, close to the Tourrades motorway junction and Cannes-Mandelieu airport and served by the BHNS. The rest of the project will provide a company hotel, a Fablab and a digital imaging lab, but also a university campus of research and higher education dedicated to new digital technologies , media and quality tourism. Also to be created: a multiplex cinema, office real estate, shops and services. Nationally recognized, the project has been certified by the 2013 Grand Prize of National Cities Contest, which recognizes “the city of tomorrow.”

During the opening speech, David Lisnard thanked everyone involved in the project’s success and praised its continuity, size and internationality: “I dream that Cannes be a city of entrepreneurs!”  Mayor Bernard Brochand, who is “Business Angel” for 14 companies, including her daughter’s, boasts the “belief in ideas” : “Cannes is magic, but you entrepreneurs, with ideas and courage, are magic!”
Pierre Lafitte praised the project : “It is essential to have a enterprise policy. Let Provence become Europe’s Silicon Valley”.
Bernard Kleynhoff said: “Through our services and our actions, our goal is to support the largest number of professionals throughout their development challenges, be it either in the field of Nautism, business creation or innovation.” 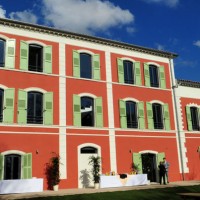 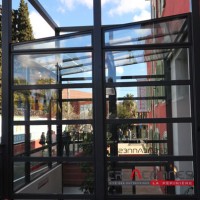 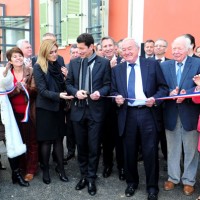 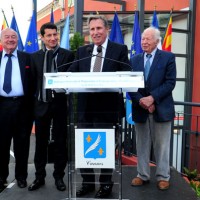 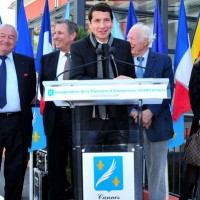 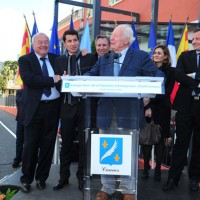 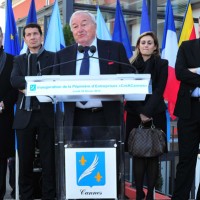 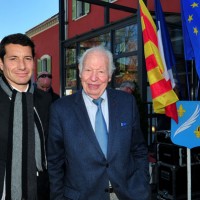 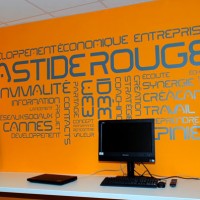 Inside the Bastide Rouge 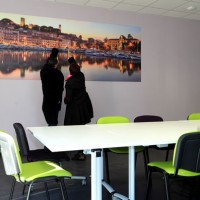 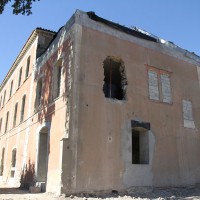 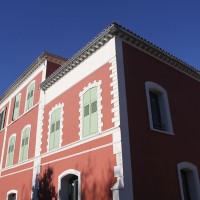