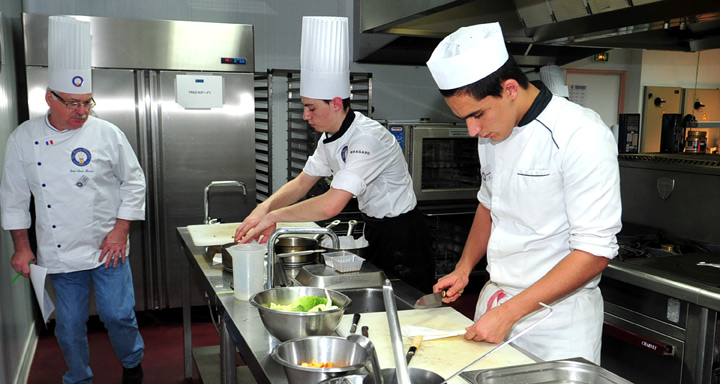 The International Club “Les Toques Blanches ” organized a culinairy competition for young apprentices on February 21 at the Faculty of Trades in Cannes, under the auspices of its President, chef Pierrick Thomas.

The first edition of the competition Young Talents Challenge was open to all young cuisine apprentices and students from CFAs and hotel industry schools in the PACA region. The 7 participating candidates in the contest had first been selected after submitting applications by a technical committee. They then gathered at the Faculty of Trades in Cannes to compete in the final phase and achieve an original recipe on the theme of “The Pintadeau.”

For 3 hours, each candidate, assisted by a commis in CAP cuisine training from the Cannes hotel school, has been preparing his creative recipe using the imposed products: pintadeau, 3 accompanying garnishing including 2 mandatory: green cabbage and chanterelles, the third one being free from products offered in the basket.
After the contest, the tasting plates were presented to the jury. The evaluation of candidates have focused on the following: technical, professional know-how, gestures, hygiene, respect for the raw material, layout, aesthetics, taste, originality and innovation, presentation, cleanliness, temperature, cooking, seasoning and finally the respect of the theme.

Finally, the winner of the competition is the just 17 year-old apprentice Alexis Ferré, who is alternating work and study at L’Antidote restaurant in Cannes. He won the 1st prize and therefore an internship at Fouquet’s in Paris.
The second prize was awarded to Margot Baudry. The young candidate, moved to tears, had great difficulty expressing his happiness as “the path to get there was difficult,” and “a great adventure is ending well” for her.
The 3rd prize went to Aurélien Cuvelier, a student at Lycée Paul Augier Nice like Margot Baudry.
All were offered by sponsors and members of the International Club Toques Blanches some professional high quality kits and cookbooks.

About the Toques Blanches

The Toques Blanches association, composed of many renowned international chefs, aims to promote and defend the values of the profession of chef in the world as well as by the general public increasingly keen on haute cuisine; it especially helps young people wishing to embrace this profession. 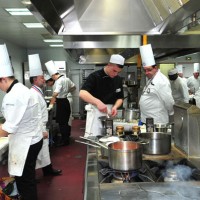 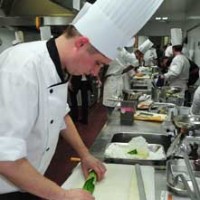 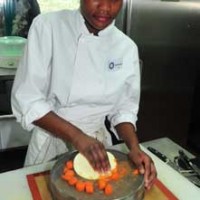 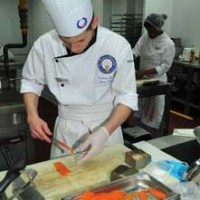 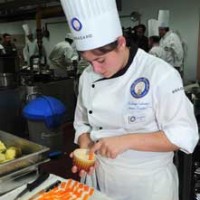 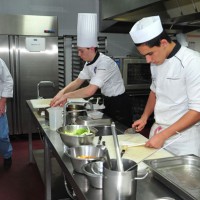 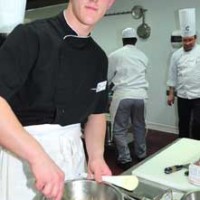 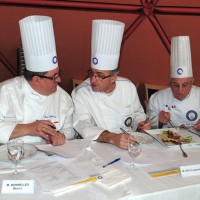 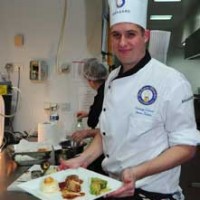 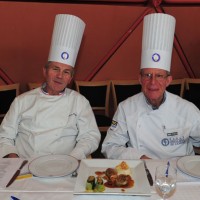 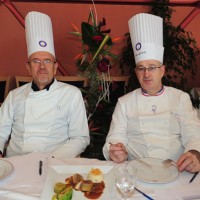 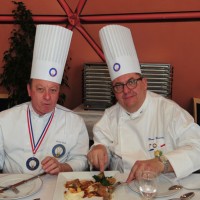 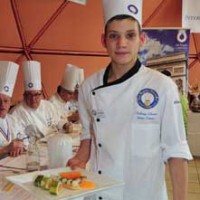 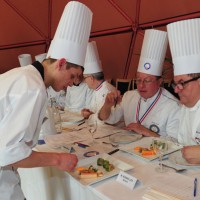 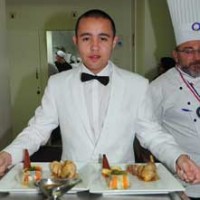 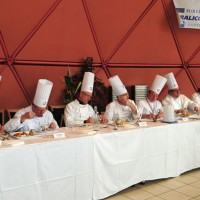 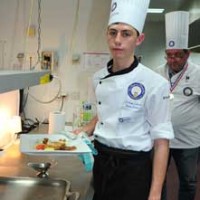 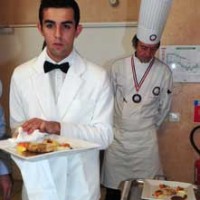 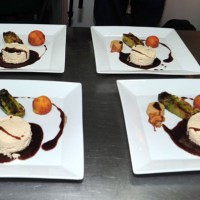 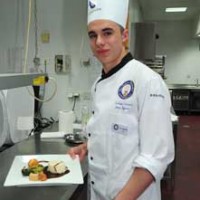 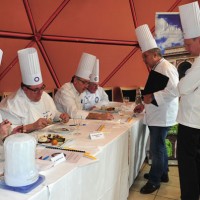 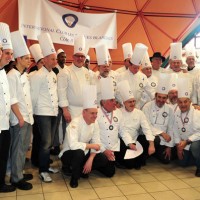 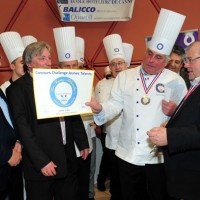 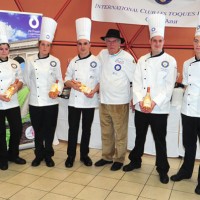 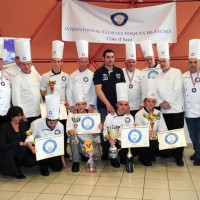