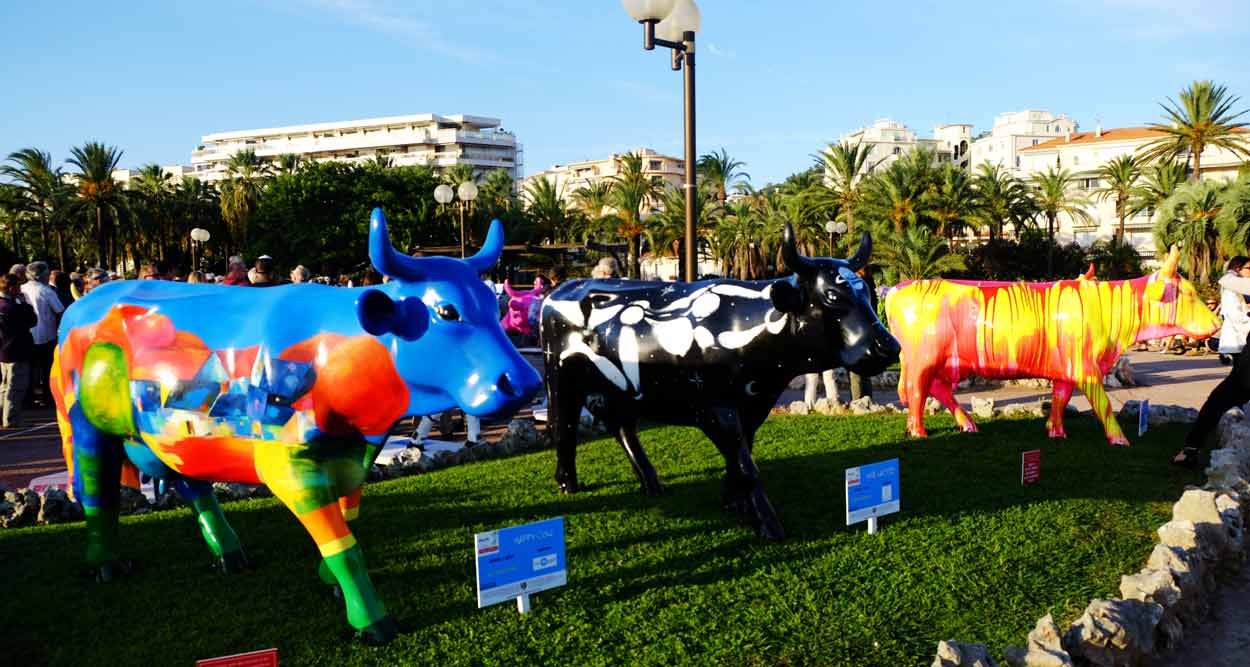 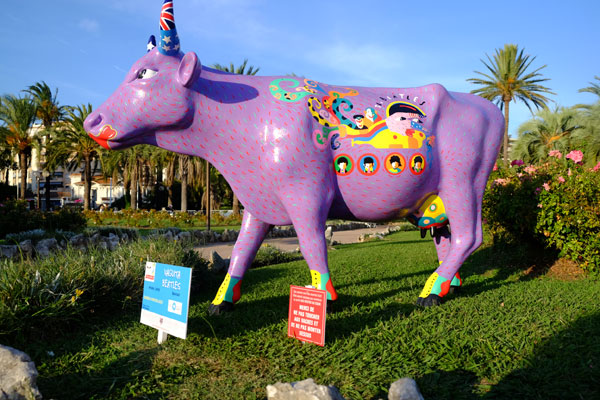 The first Cow Parade Transhumance in the world, one of the largest global events of urban art, stops over in Cannes, in the gardens of the Roseraie, Pointe Croisette.

The Cow Parade Transhumance, famous exhibition of decorated cows, was inaugurated on September 30 in the gardens of the Roseraie, Pointe Croisette in Cannes. This group of artists’ cows, initiated in Zurich by sculptor Pascal Knapp, was a huge success everywhere. In each country, different artists, known or to be discovered, decorate some cows, thus becoming works of art that are increasing the artistic herd.
In total, 7,500 sculptures of full size cows have been imagined by as much artists of all kinds: painters, decorators, visual artists, architects, photographers, stylists…

End of transhumance in Cannes

The exhibition Cow Parade Transhumance surprised and amazed the general public since its inception, after travelling through 80 of the largest cities in the world such as New York, Rio de Janeiro, Tokyo, London, Shanghai, Barcelona… In France, the Cow Parade is composed of 28 natural size, happy and colorful cows, made of fiberglass, decorated by artists from all over France.
After a stop in Paris, at the Jardin d’Acclimatation and at Deauville, the flock landed on his last journey in the Capital of Cinema, to enjoy the green pastures of La Croisette. The cows are exposed at the Majestic hotel, on the Croisette and in emblematic places in town. Cannes residents and 50,000 delegates present during the exposure can admire these beautiful cattle during their walk. 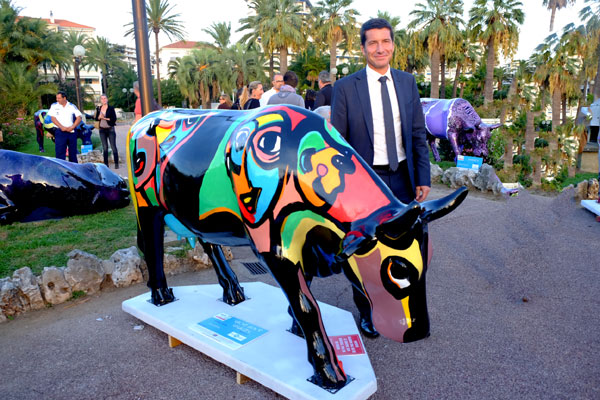 The Cow Parade Transhumance has been entirely designed by renowned artists. At each stage, the flock is enriched with some beautiful animals: the opportunity for local artists to unleash their creativity and for companies to do a good deed by sponsoring a pretty ruminant.
In Cannes, 19 artists’ cows were added to the herd, including that of Ben, Grégory Berben, Louise Caroline, Ève Carton, David David, Grégory di Georgio, Camille Jeanne Hercher, Marina, Jennifer Ibghi, Alain Lestié, Anne Leroy, Olll, Daniel Mohen, Catherine Rigal, Franck Saïssi, Sandrine Schohn, Erik Salin, Fiora Trembowicz, Djalouz.

Official inauguration and dedication of the book

The final stage of the first Cow Parade Transhumance in the world was inaugurated in Cannes on September 30 by David Lisnard, Mayor of Cannes, Frank Chikli, Deputy Delegate to the economic development, employment, tourism and Véronique Maurey, designer and Cow Parade organizer, CEO of the agency Haute Tension. During the opening, the local artists have dedicated the official book of the Cow Parade for the greatest pleasure of the public, who come from the entire region to admire this beautiful, Nature-size event. 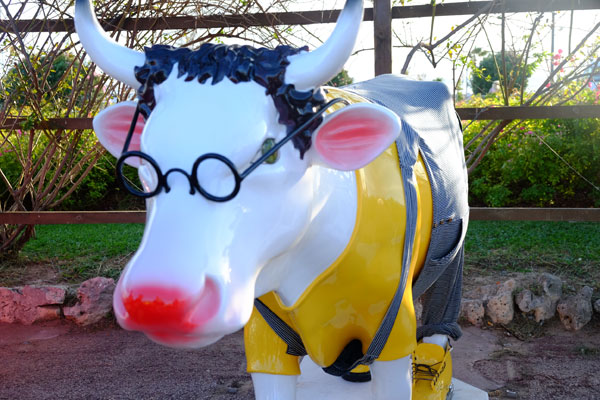 An exhibition for Restos du Cœur

At the end of the exhibition, the cows will be auctioned at the Grand Palais in Paris, on Tuesday December 8, on the fall of the auctioneer’s hammer, Pierre Cornette de Saint Cyr. Half of the profits from the sale, as well as all the profits of the cow “Cowluche”, will be entirely donated to the Restos du Cœur. 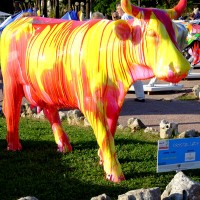 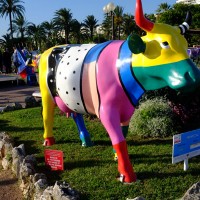 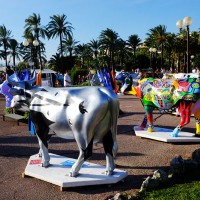 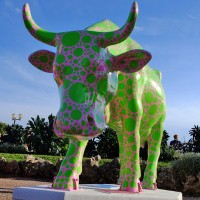 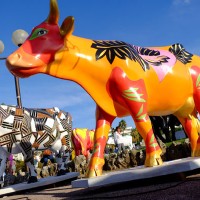 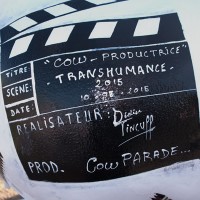 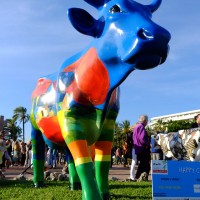 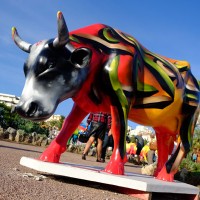 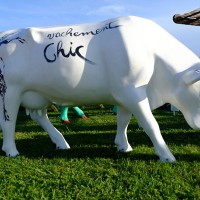 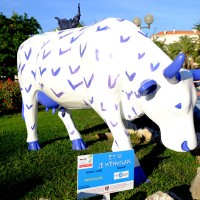 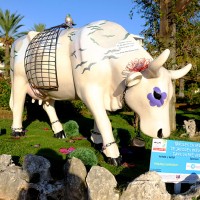 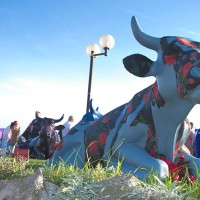 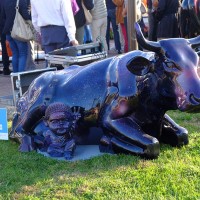 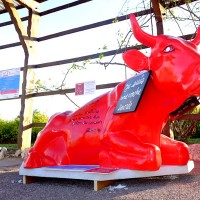 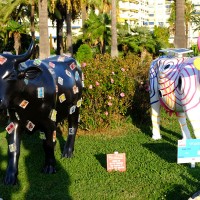 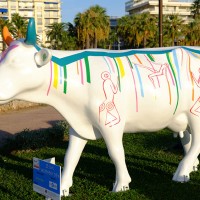 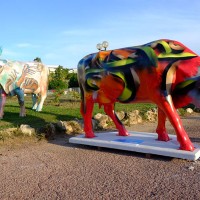 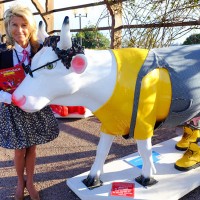 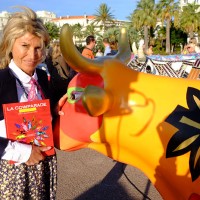 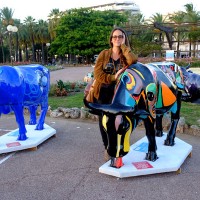