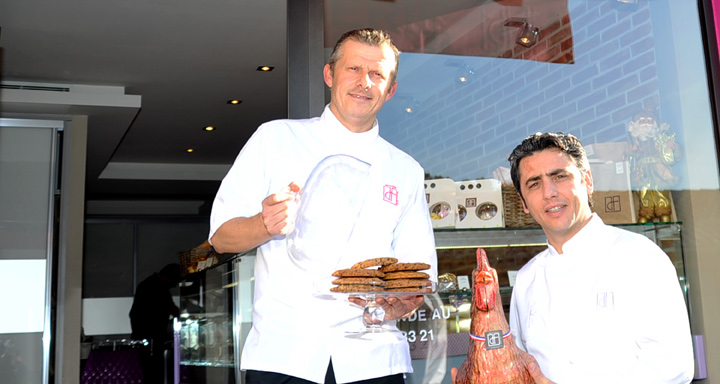 Mougins, a small town that smells of thyme and pine, wakes up every morning to the chirping of cicadas in summer. Mougins, kingdom of gastronomy lovers that has been, in 1992, the most rewarded commune in France with seven Michelin stars, can now savor delicious pastries, crispy viennoiseries, and other sweet treats thanks to Denis Fetisson, starred Chef of the famous “La Place de Mougins”.
Denis Fetisson just anchored deeper into the heart of this beautiful and good gastronomic paradise by creating a real patisserie withcakes and pastries as refined as tasty, which now ranks among the best in the region.
He entrusted the destiny of his new baby, tattooed with the famous “DF” initial, indicating a label of quality manufacturing, his pastry chef Pascal Giry, his cuisine accomplice he met in 1998 at “La Bonne Etape” in Château- Arnoux. With wife Isabelle, Pascal Giry put his talents to the service of all Mouginois who will have delicacies close to their doorstep!

Traditional pastries and desserts are revisited and brought up to date to take account of the expectations of our contemporaries: lighter, less sweet, but still tasty.
Millefeuille (the best in the Côte d’Azur according to Denis Fetisson ), all-chocolate eclair, lemon pie, cannelés, Paris-Mougins, chocolate dome, pana cotta, cherry crumble, cookies, stand showcased alongside pastries with seasonal fruit (fraisier…), macarons, meringue and meringue with hazelnut chips and praline mousseline sprayed with milk chocolate. Fruit pastes, nougat, soft caramels are also honored.
The unique of the shop is the “Carole Bouquet” Christmas log, a creation of the two Michelin stars chef Denis Fetisson and realized by Pascal Gery in honor of the godmother of the Etoiles de Mougins 2010.
Denis Fetisson explains: “I wanted to pay tribute to the great actress and the lover of wine and the Mediterranean. I called this log of her name, with her consent.”. The recipe of the Christmas log will perfectly match with the moscato “passito” Sangue d’Oro. The passerillé delicate wine with great class he put on his carte, the wine Carole Bouquet nurtures with passion on the island of Pantelleria.
In the morning, Isabelle offers tea and coffee, along with pastries, croissants and pains au chocolat and at noon, sandwiches or salads and drink on a € 8.50 formula, to eat in or take away.

After the Place de Mougins, his cooking school and shop L’Amandier de Mougins, Mougins’ little prince Denis Fetisson continues to forge ahead by signing a success story of friendship and know-how.

Biscuit à la cuiller:
Whip the egg yolks with half of the sugar and whip the egg whites with the other half of sugar. Mix the two, then add flour and zest. Using a pastry bag fitted with a plain tip, spread the paste onto a 40 by 30 cm baking paper and bake at 180° C for 6-8 minutes. Soak biscuit liberally with Sangre d’Oro wine (Carole Bouquet’s wine).

Raspberry Jam:
Spread jam on cooked and cooled biscuit sheet and refrigerate before use.

Vanilla Mousseline:
Put the gelatin in cold water with ice for 20 minutes. Boil the milk with the vanilla bean, brew five minutes, white whip the yolks with the sugar then add the powdered cream. Add to this the vanilla milk, put back into saucepan and, whith a whip, stir and cook until boiling. Incorporate the gelatin and butter. Leave to cool. Add wine and whipped cream. Spread onto jam and roll with the help of cling film. Trim the ends and cover the log with vanilla butter cream. 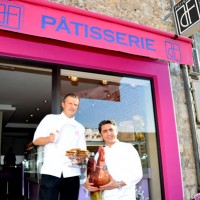 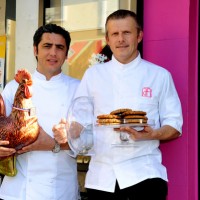 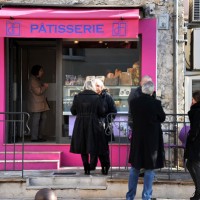 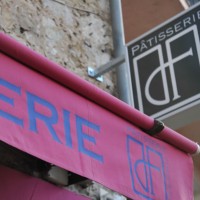 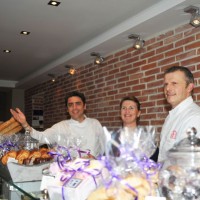 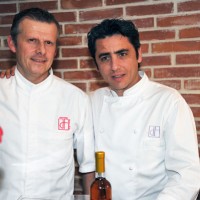 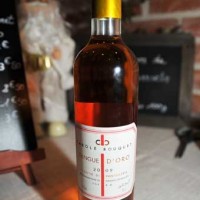 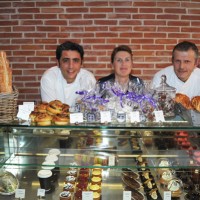 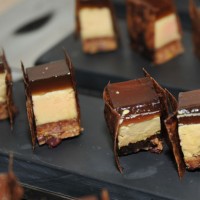 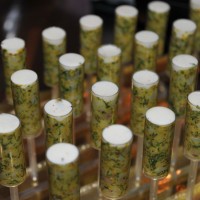 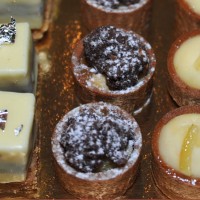 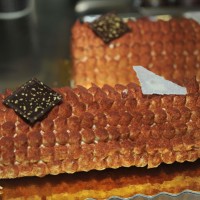 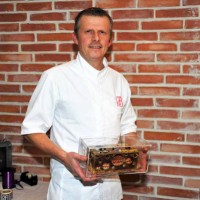 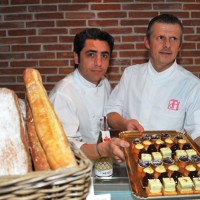 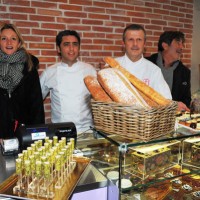 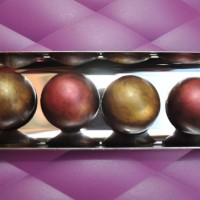 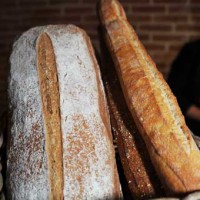