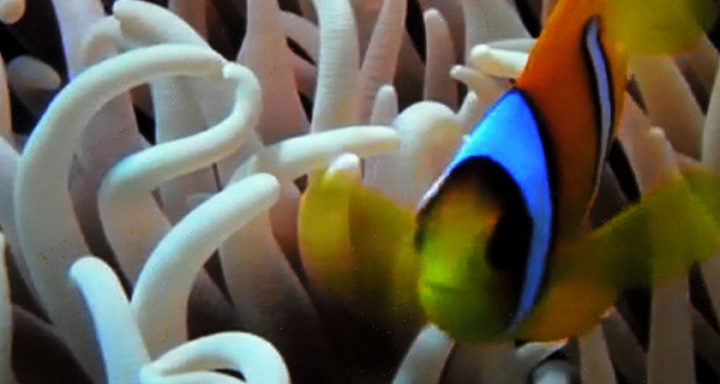 Mediterranea, a Journey Across The Oceans

Mediterranea, the International Festival of Underwater image and Adventure, organized by the Office of Tourism and Congress of Antibes Juan-les-Pins and the “Cousteau Society – Equipe Cousteau”, which was held from December 6 to 8, 2013, was a great showcase of the world of silence, but also great crossroads of exploration.

Open to professionals but also to a wider audience, this unique festival of its kind allowed everyone to watch images from the sea for 3 days.
Fans have been spoiled for choice between the different high quality films such as “The Wonderful World of Crustaceans” by Manuel Lefèvre, presented on Dec. 6 at the opening ceremony chaired by Mr. Jean Leonetti, Mayor of Antibes Juan-les-Pins. The film “The Marquesas, Mountain of the Sea”, presented at the evening event which closed the event on Sunday, Dec. 8, also delighted the participants.
Reports and often unpublished documentary peppered the Festival. The public could also marvel at prestigious exhibitions, attend seminars or underwater photography training. The visit also included photo galleries or stands where were exposed diving equipment and sports equipment related to the sea. Visitors could join the maritime NGO SSCE (Sea Shepherd Conservation Society), founded in 1977 by the Canadian environmentalist Paul Watson, dedicated to the protection of the oceans.
The Marineland Foundation, created by the Marineland marine park, famous for its dolphin or orcas shows, was also present to educate children and adults in the defense and preservation of the underwater world with images and texts explaining the biology, ecology, and marine biodiversity in the wild.
A nice invitation to a great journey were the photos relating the oceanographic campaigns of Prince Albert 1st of Monaco or the exhibition of pictures and two giant wooden colorful statues brought back by Jacques Cousteau during his trip to Easter Island, when the Calypso was calling there 30 years ago in Hanga Roa, a tiny town which is still today the only urban centre on the island.
Because it is during this expedition that Jacques Cousteau discovered then these dream landscapes and a unique archaeological heritage that lasted him a lifetime. Today, the Foundation aims at replanting project of more than 1 million trees, thanks to the combined efforts of the government of the island and Jacques Cousteau Society. A form of tribute to the famous French explorer fascinated by the mysteries surrounding this piece of land lost in the middle of the Pacific.
This festival also aimed to introduce the visitor to the infinite diversity of a world one is often treating with without knowing the wealth.
During these three days related to the sea, an international competition of submarines photographs and films brought together the best filmmakers from all over the world.
Mediterranea is a unique event that is now part of a particularly strong cultural tradition in the heart of a city that hosted the pioneers of diving. It is in Cap d’Antibes that a young Austrian of 18 with a bachelor’s degree, Hans Hass, a precursor of diving, made his first snorkeling experience in 1837. It is also in the Antibes shipyards that the iconic Captain Cousteau’s Calypso was built in 1950.

Given the success in the 2012 edition, more than 1,500 school pupils have joined the event and 120 trial dives were offered to young people.

Mediterranea Gold : ex- aequo “The Coelacanth, diving towards our origins ” by Gilles Kebai and “Jungles and freshwater, the secret life of gravel pits” by Serge Dumont.

Mediterranea Silver : “The Wonderful World of Crustaceans” by Manuel Lefèvre.

Special Jury Prize : “U 455 : the disappeared submarine” by Stephane Begoin.

City of Antibes Prize: ” The sleep of wrecks ” by Jerome Espla. 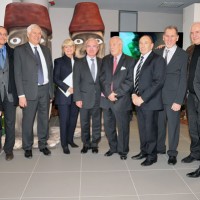 Officials at the opening 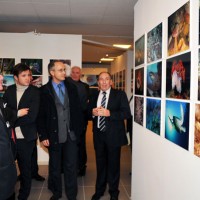 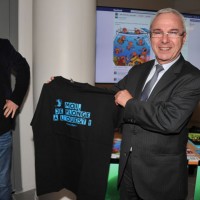 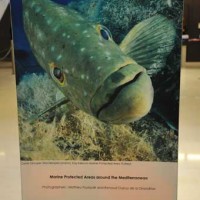 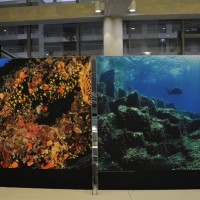 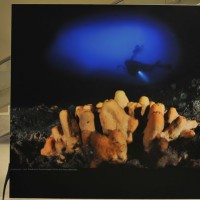 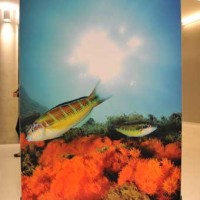 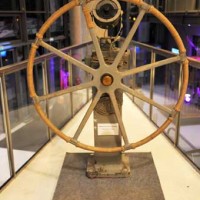 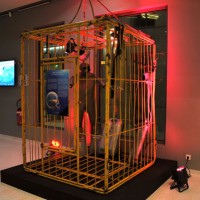 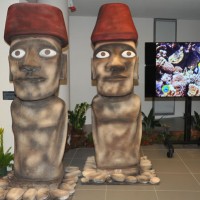 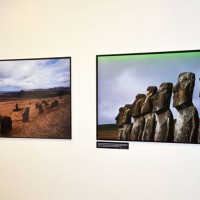 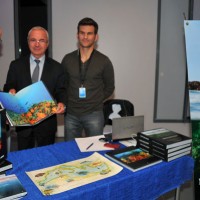 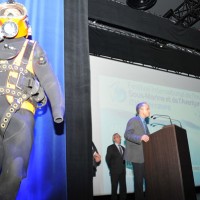 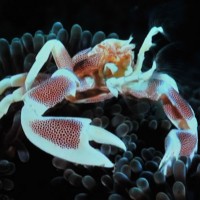 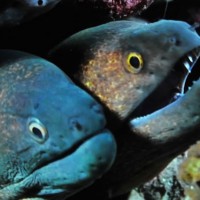 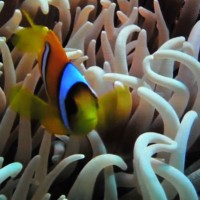 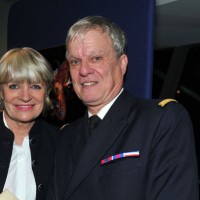 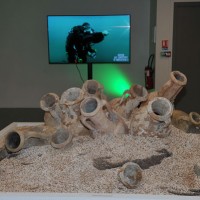 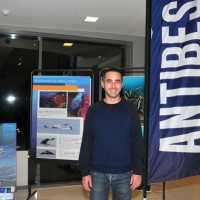 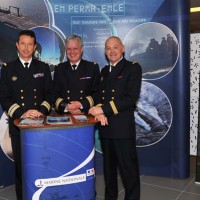 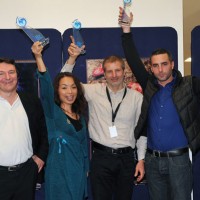 Mediterranea, a Journey Across The Oceans was last modified: December 11th, 2013 by tamel