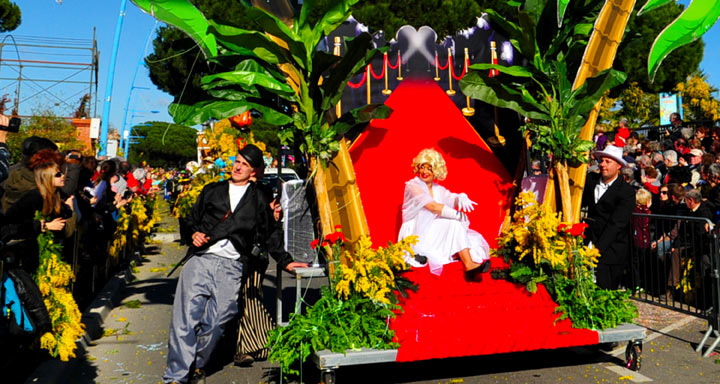 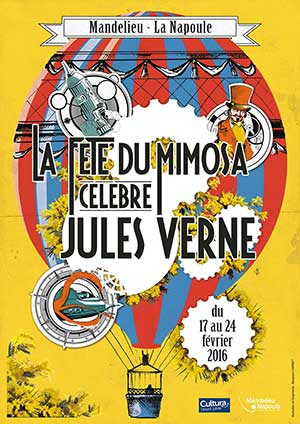 The Fête du Mimosa 2016 in Mandelieu pays tribute to the “winter sun” from February 17 to 24, 2016 in the form of Jules Verne’s fantastic odysseys.

The Fête du Mimosa 2016 will, as every year for 8 days in February, offer a popular festival bathed in the local tradition born from the arrival, more than a century ago, of the famous mimosa which always contributes to the fame and prosperity of Mandelieu La Napoule.
Come down from the breathtaking landscapes of the Esterel and Tanneron hills, the Winter Sun, these little fluffy, bright yellow, very fragrant balls, will dress with gold the floats for colored and joyous parades on Mandelieu La Napoule seafront. 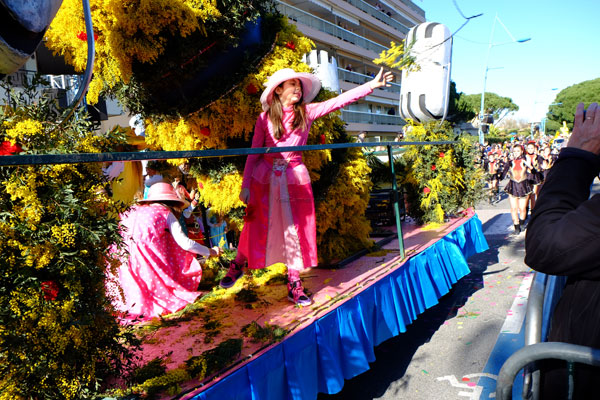 The parades of floats blooming with mimosa

The weekend flowered corsi are the highlights of the Fête du Mimosa 2016. Decorated with a profusion of mimosa, the floats will form some scenes elaborated after the theme of Jules Verne, whose imagination has taken his readers around the world in extraordinary epics combining fantasy and adventure. Brass bands, dancers, street artists will give the pace of the parade of floats crumbling under the mimosa, king of the feast.
According to tradition, the organization of the festival is entrusted to the inhabitants of the town, its associations and the Animation Committee. Together, in good spirits, they bloom the floats with freshly picked mimosa, meticulously weaving branches around the subjects achieved after this year’s theme of Jules Verne. Local mimosa growers will provide 12 tons of flowers for the flower parades and the floats decoration.
The Mimosa Queen, whose election will be held on Saturday, February 20, will have pride of place in parades. 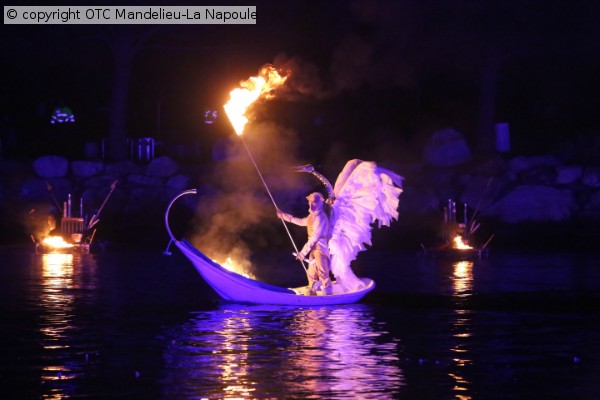 On the Siagne ©Otc Mandelieu

Highlights of the Fête du Mimosa 2016

Friday, February 19:
Night unusual aquatic show on the Siagne banks.
In this show, created to share a reflection on our relationship with the universe, all the elements are present: the water, source of life, but also sound, light, images. These spectacular ingredients combine to give a different perception of the relationship to the universe, staged by the world-renowned troupe “The Farfadais” with aerial ballets, pyrotechnics and fireworks…

Saturday, February 20:
Election of Miss Mimosa 2016 and her Dauphines at Centre Expo Congrès at 14h00. The election is organized in partnership with the Miss France PACA committee – Free Entry

Night parade in the city center: the corso parades from the Place de Capitou to the Mail in center city. Departure 18h30, corso arrival around 19h30, with musical entertainment to prolong the feast – Restauration Points – Mulled wine offered by the Animation Committee – Free access. 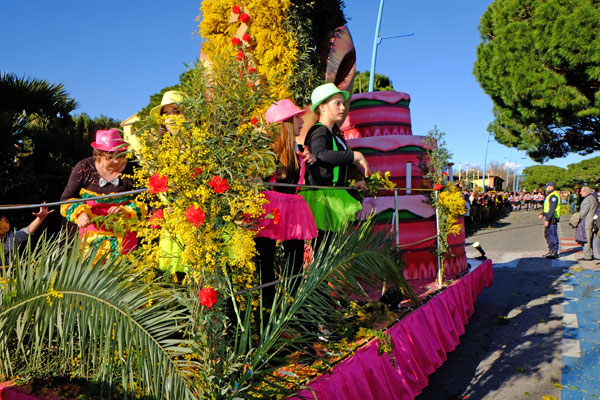 Sunday, February 21:
Grand corso fleuri with flower parade. Nearly 2 hours of spectacle: under a mimosa rain, the parade of floats and musical troops, form a joyous procession and invites the thousands of viewers to be part of the celebration.
From 14h30 at la Napoule on Avenue H. Clews, the seafront promenade. Free access on walkways and subject to an
entry fee in stands: Adults € 13 – Reduced: € 11 for disabled people – children aged 6 to 16 and groups from 20 people. Free for children under 6 years old sitting on parent’s lap.

History of mimosa in Mandelieu

In the middle of the nineteenth century, English aristocrats appreciated the mild climate the French Riviera offered in winter. These prestigious tourists imported the mimosa from one of their colony, Australia, for it to decorate their garden. Soon, the mild climate and soil of the region favored the establishment of the shrub in the hills of L’Esterel and Tanneron, among the heather, olive trees, pines, chestnut trees and cork oaks.
The Yellow Forest, which covers those hills during mimosa blooming, from January to March, is the largest area wooded of mimosa, cultivated and wild, in France.
The first Fête du Mimosa was held on February 16, 1931 and since then, the Fête du Mimosa celebrates a cultivation and local economy of the past century, and attracts more than 60 000 people. It is now inevitable, as the major tourist events of the Côte d’Azur in winter like the Carnaval de Nice and the Fête du Citron in Menton.

On the occasion of the Fête du Mimosa, many guided tours on the golden road are organized to allow the public to enjoy the hills in bloom and discover the secrets of mimosa, one of the best ways to peer more closely into the splendor of the “winter sun”. 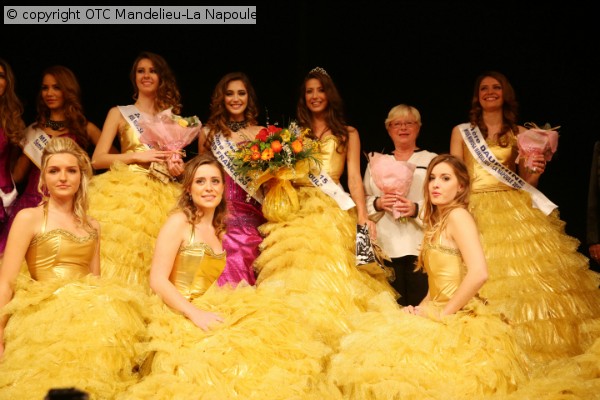