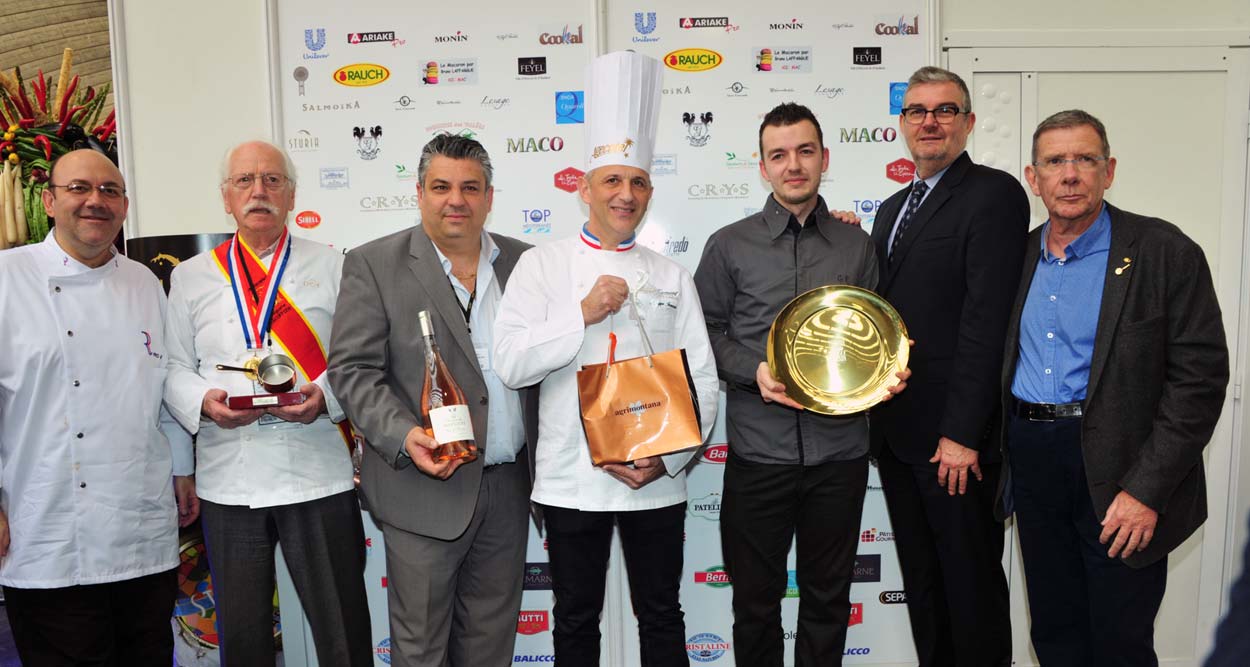 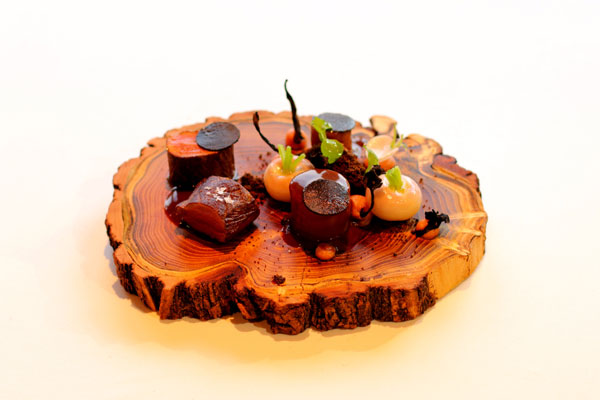 The Trophée Terroir et Saison, organized by email-gourmand, was presented on the stand of Balicco during Agecotel, the trade show for hotels and restaurants which was held at the Palais des Expositions in Nice. Created by Gérard and Michelle Bernar from the email-gourmand, the gourmet news magazine in the PACA region, in collaboration with Balicco and EBH – Arts de la table, the trophy Terroir and Season rewards the best recipes by starred or reputable chefs offering a cuisine based on local and seasonal products. 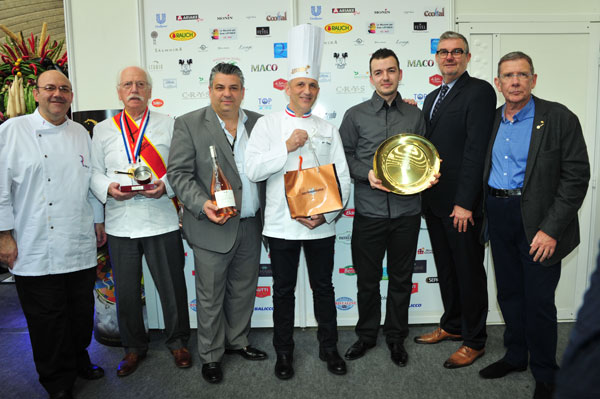 Chef Romain Gandolphe, 1 Michelin star, from the restaurant Le Vivier in L’Isle-sur-la-Sorgue (Vaucluse), won the Golden Plate of Trophée Terroir et Saison with his recipe: Roasted Roe Deer filet, pulp of Black Trumpets and Quince, Jus with roasted Coffee. Its originality and respect of the theme of the terroir and the season have convinced the jury chaired by Philippe Joannès, MOF, executive chef of the Fairmont Monte Carlo.
Stéphan Paroche, young chef of La Magnanerie in Aubignosc (Alpes-de-Haute-Provence) near Sisteron, proposed a recipe that earned him the second place and the Silver Plate. His recipe showcases South typical ingredients: Candied snails with Olive Oil and Croquant of fresh Goat Cheese, Gnocchi of Parsley Meat juice and Pickles.
Geoffrey Poesson, starred chef since 2011 of the restaurant La Badiane in Sainte-Maxime, completed the podium with his recipe: “Endive Cylinder and Foie Gras poached in Orange, condiment Clementine and Curry”. 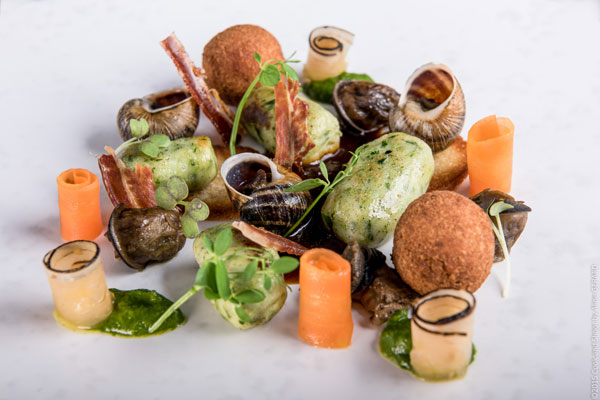 The awards ceremony has revealed on its stand the excellence of Balicco’s products, company of fresh produce wholesale and semi-wholesale distribution,  such as fruits and vegetables, meats, fish… 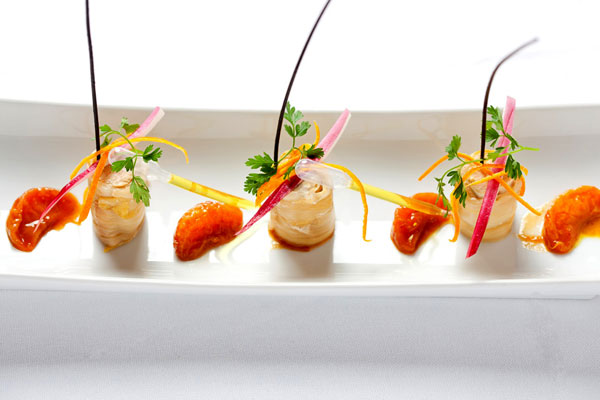 In L’Isle sur la Sorgue, capital of the antique dealers in the heart of the Venice of Provence in the Vaucluse, the Restaurant Le Vivier offers a refined and creative care with seasonal and regional products, always in perfect pairing with wines from here or elsewhere. Its contemporary setting with a terrace suspended above the river is a promise of well-being and culinary experiences of exception. Roman Gandolphe is from the Gard and honed his talent with Thierry Marx, Philippe l’Abbé and Bernard Roth before taking the reins of the kitchen of Le Vivier. In a spirit of “Nature”, emphasizing the best seasonal and local products, sublimated with tradition, creation and emotion, the passionate young and ambitious chef combines flavors in a ludic way for one only purpose: seduce the taste buds of its customers. 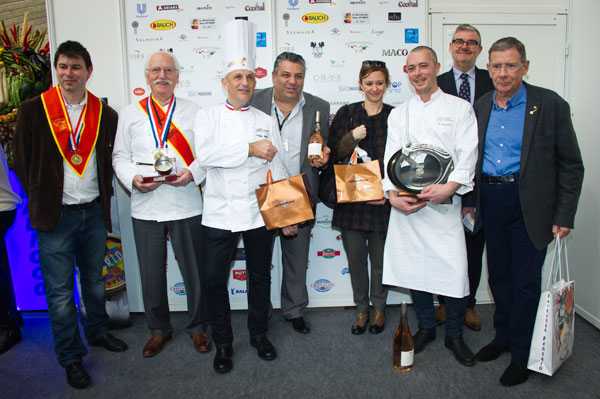 Sponsored by Balicco and EBH Tableware, the Trophée Terroir & Saison was initiated by Gérard and Michelle Bernar, from the Web site of gastronomic news email-gourmand.com. It is intended to promote a cuisine based on local and regional, fresh and seasonal products that exemplify the best of Southeast of France productions, whose terroir, bathed in sunshine, and the producers’ passion rare offering a unique quality.
Open free to all chefs and pastry chefs in the PACA region: Alpes-Maritimes, Alpes de Haute Provence, Hautes-Alpes, Bouches-du-Rhône, Var, Vaucluse and Monaco, the trophy is awarded each season: spring, summer, autumn, winter.
Chefs and pastry chefs are invited to submit their original Spring recipes by downloading the file on the site Email-Gourmand. Deadline: Thursday, March 31, 2016.