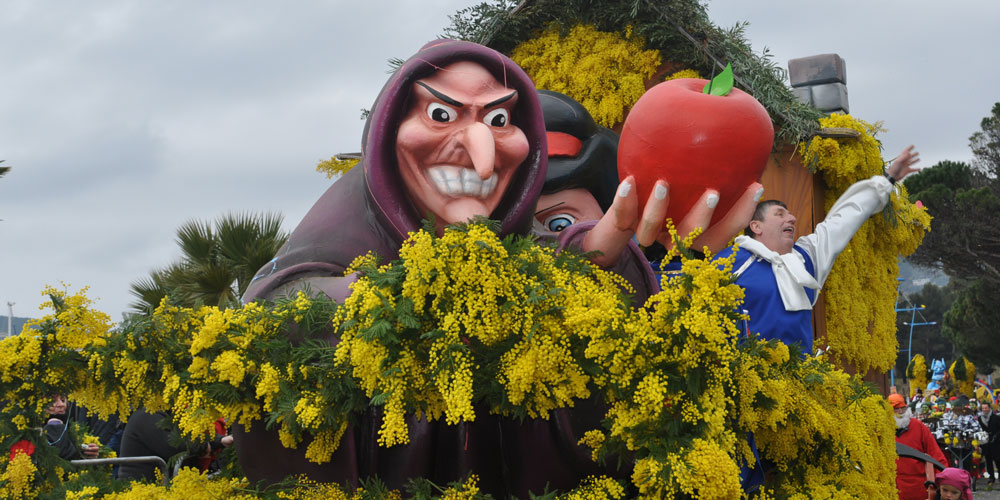 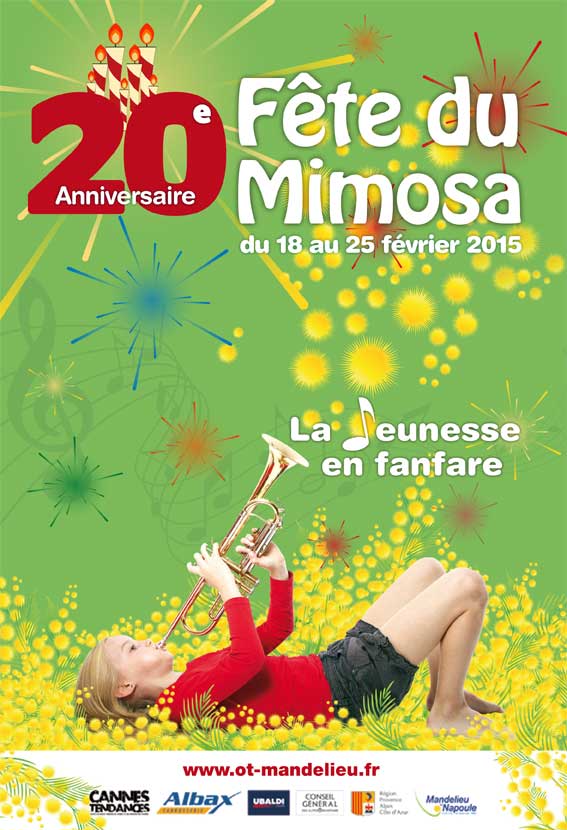 From February 18 to 25, 2015, the Fete du Mimosa in Mandelieu-La Napoule celebrates 20 years of celebrations of the mimosa with branches of sun.

At the foot of the Massif du Tanneron, which houses the largest mimosa forest in Europe, Mandelieu-La Napoule is the birthplace  of the mimosa cultivation.
With a delicate fragrance, the mimosa speaks with the “accent du Midi” and naturally represents the sun. With its flowering in late winter, the mimosa announces the spring as an image of triumphant life. Over time, charged with symbolism, it became one of the popular emblems of the Riviera in winter.

A long way from Australia

The mimosa is a tree with flowers whose little velvety golden yellow pompoms – like small suns  joined together in bouquets – hung directly on the stem.
In the nineteenth century, the British brought the mimosa – originating in Australia – to adorn the gardens of their sumptuous houses on the French Riviera.
Around 1880, the mimosa grows on the slopes of the Croix des Gardes in Cannes, probably introduced by a major winter guests like the Duke of Vallombrosa, the Marquis de Morès or Lord Brougham.
The Horticultural and Acclimatization Society then contributes largely to its promotion. The mimosa flourished in the region, in Mandelieu, Pégomas, Tanneron or La Roquette. From the stations of Cannes and Mandelieu, the mimosa is shipped towards all major cities of France and Europe.
Every year in February, the Fete du Mimosa is an opportunity to celebrate the tree with sun branches which contributed to the growth of the city by day and night Corsi Fleuri and many activities for children and adults. 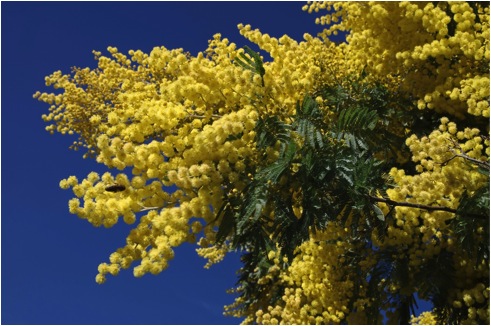 Inaugural evening at the Chapel Notre Dame des Mimosas.
In Mandelieu, the tradition is to start the Fete du Mimosa in the small chapel, the one in France to be dedicated to Our Lady of Mimosas, sharing a musical moment and a glass of mulled wine – free entry.

New: the Water Parade On a pas tous les jours… and Fireworks on the Siagne riverfront, facing the Pullman hotel. 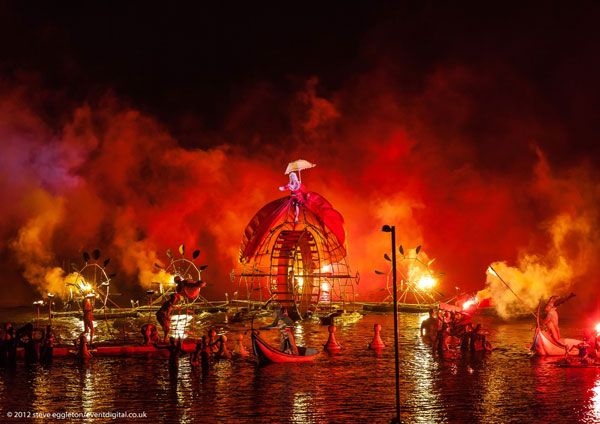 Election of the Mimosa Queen at the Centre Expo Congrès.
The Mimosa Queen and her dauphines will brighten the floats of the Corso with their smiles. The ceremony of their election offers a colorful and graceful show – Free entry

The event in the city center is expected by the population and the tourists who discover as a première the floats, renewed every year, created to illustrate the theme of the year. Free

Grand Corso Fleuri on the seafront

Under a mimosa rain, the parade of floats and musical troupes accompanying them form a joyous procession on the avenue Henry Clews. 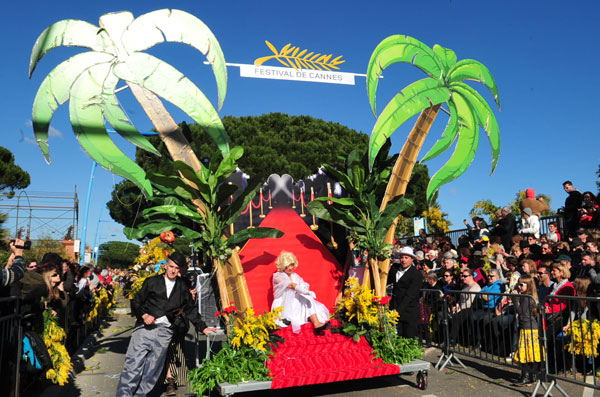 Hiking in the mountains Tanneron, walks among the mimosa trees along with a guide.
Bus tours “From Mimosa to Perfume”: visit of a forcerie of mimosa and introduction to perfume in a “perfume bar” workshop in Grasse, the world capital of perfume.
Potting and grafting workshop at the Pépinière Rubino in Mandelieu to learn how to cultivate the mimosa.

The mimosa in perfumery

The mimosa, which is said to have a floral, powdery and green scent, produces surprisingly similar notes of violet, in more subtle and ethereal way.
The best brands of French Perfumery used the mimosa in their most famous fragrances: Amarige des Parfums Givenchy, Paris by Yves Saint Laurent, Guerlain for the fragrance Champs Elysées, Moment Suprême by Jean Patou… 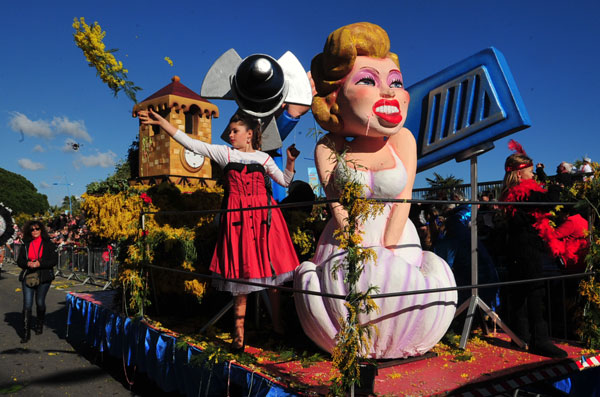