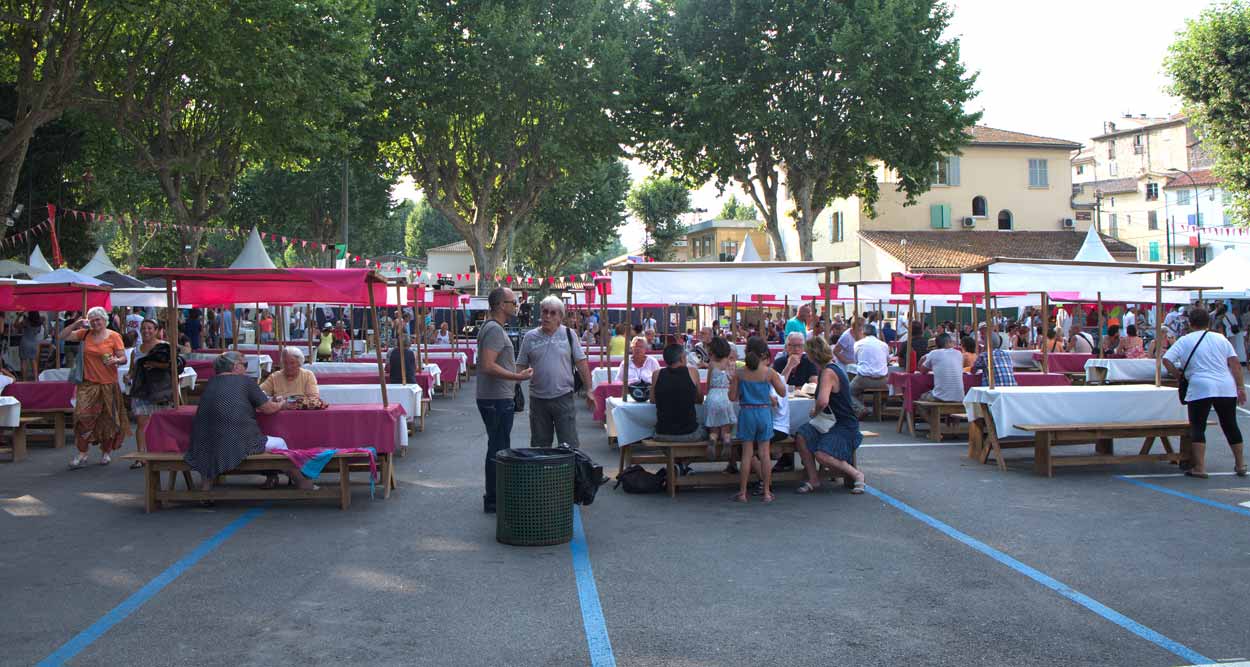 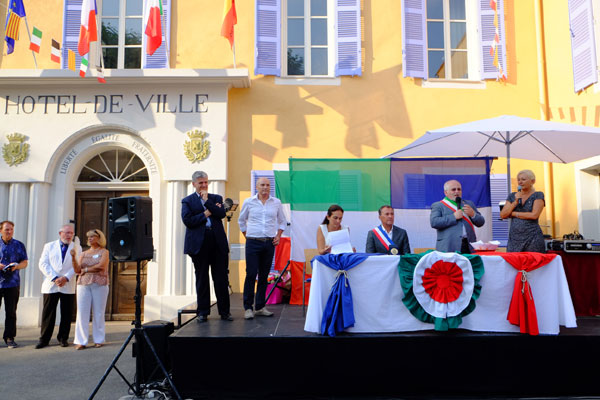 The Fetes Gourmandes 2015 in Villeneuve Loubet brought together, like every year for 23 years, thousands of visitors lovers of gastronomy and Art de vivre.

From July 17 to 19, 2015, the picturesque village of Villeneuve Loubet, birthplace of Auguste Escoffier – The Kings’ Cuisinier and King of Cuisiniers – celebrated the 23rd edition of Fetes Gourmandes, a hymn to Haute Cuisine and Art of Living, that, for over two decades has become a historical institution worldwide.

Les Fetes Gourmandes, ancestor of all the gastronomic festivals in the French Riviera, aims to promote the gastronomy, the local products and, beyond that, a certain “Art de Vivre” initiated by the native son, Auguste Escoffier, the famous pioneer who increased the influence of French Haute Cuisine across the world.
On the Espace des Chefs, the master’s memory is thus honored by the “Disciples d’Escoffier”, the greatest chefs in the region who come to willingly share their secrets with an enthusiastic and friendly audience. We could see, among others, culinary demonstrations by Francis Scordel (L’Atelier des Saveurs), Loïc Siino (L’Alchimie) or Emmanuel Lehrer (Le Mas de Pierre). 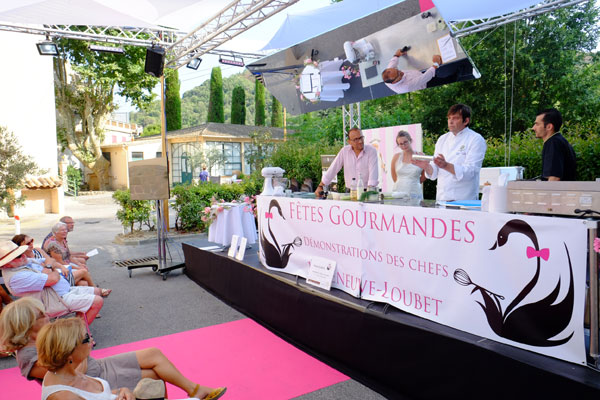 In a festive and relaxed atmosphere, to the sound of musical entertainment, some ephemeral restaurants at Place des Délices proposed gourmet dishes – Pan Bagnat, Socca… – a traditional local cuisine to enjoy on the go, with as dessert, the real Peach Melba that Auguste Escoffier created in 1894 in honor of the singer Nellie Melba, proposed by the Comité Des Fêtes and other pastries.
Around the Place des Délices, stalls of handicrafts producers offered a gourmet and culinary market with typical products of the Provencal terroir: olive oil, meats, cheeses, wine, honey, and gourmet products such as Champagne, nougat, delicatessen, sweets…

As every year, in the heart of the village, the  Fetes Gourmandes created on the Place de l’Hotel de Ville an Italian village hosted by friends from Forlimpopoli, birthplace of Pellegrino Artusi, father of Italian national cuisine, with a market of Romagna specialties, pasta manufacturing, cooking demonstrations and Italian musical entertainment. This year, the Piazza Forlimpopoli celebrated the 15th anniversary of the twinning between Forlimpopoli and Villeneuve Loubet. 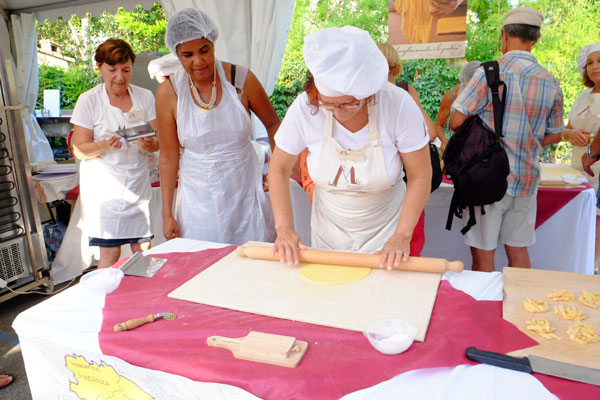 A Espace Artusi, the budding gourmets took advantage of animations, games and workshops to be introduced to great tastes and play on the theme of gastronomy with sensory and creative workshops and floral creation and fruit and vegetables carvings workshops. 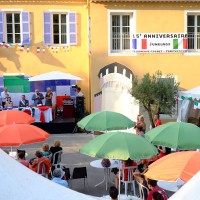 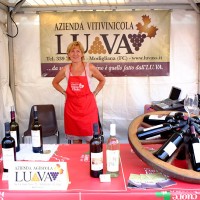 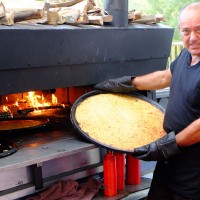 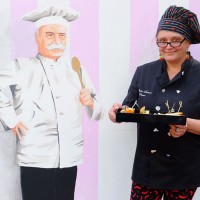 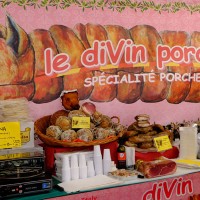 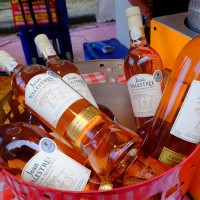 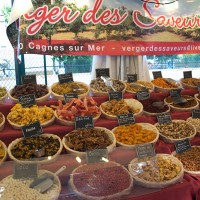 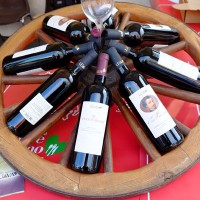 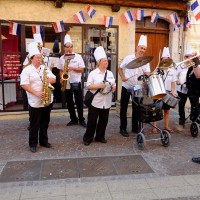 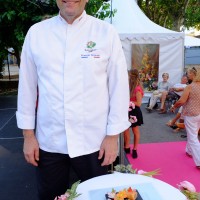 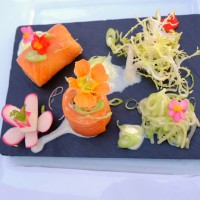 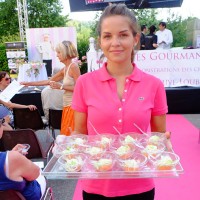 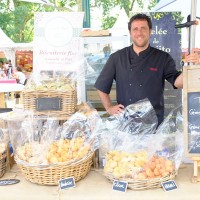 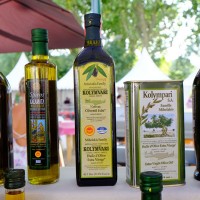 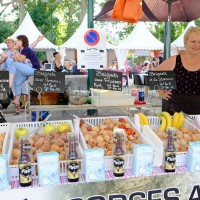 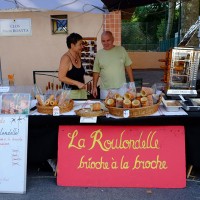 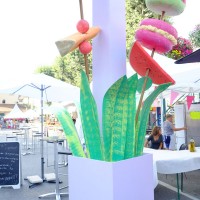 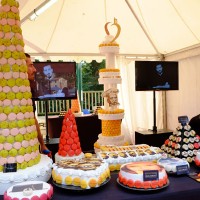 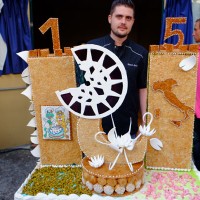 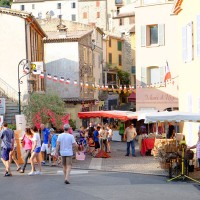