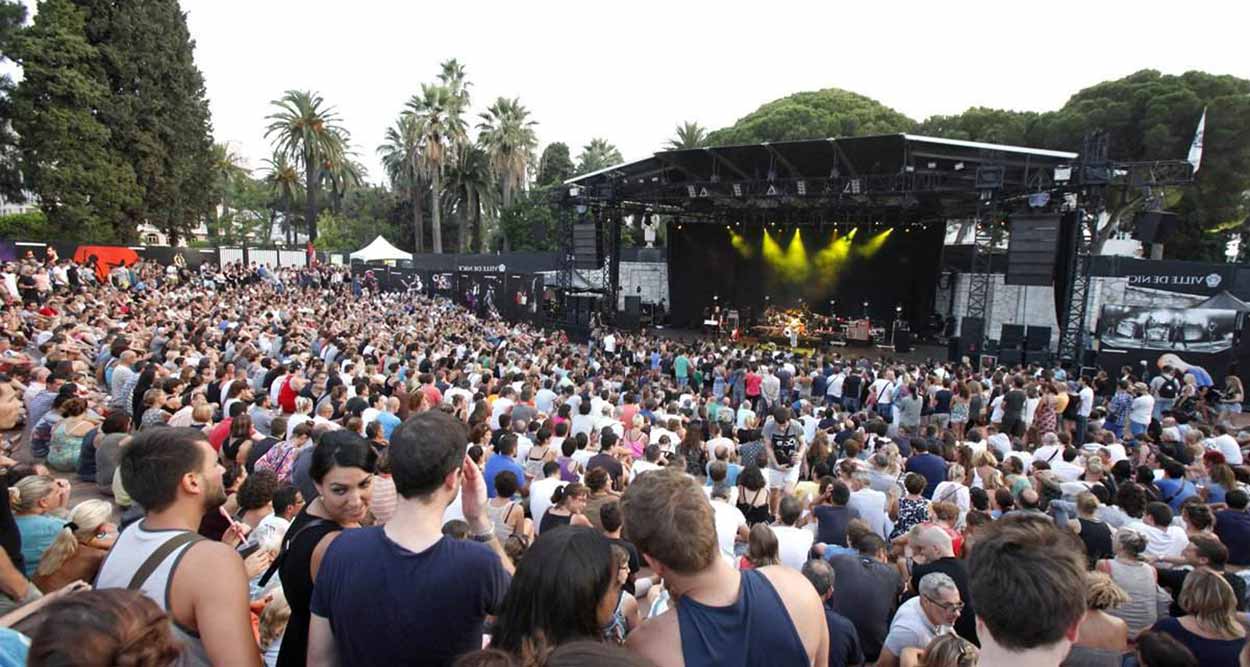 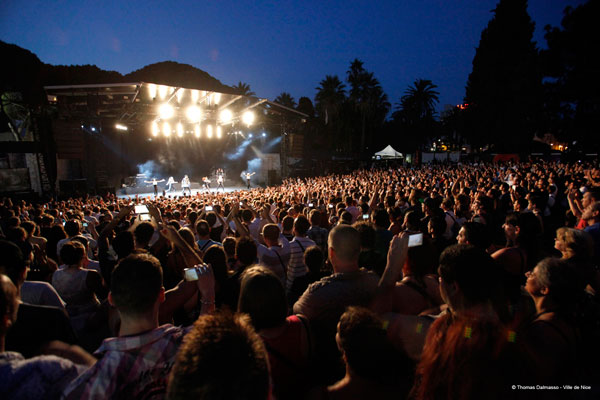 Following the Nice Jazz Festival, the Nice Music Live is the latest of the major musical events for lovers of pop-rock culture in Nice. This new production of the City of Nice on July 15, 17 and 18 at the Théâtre de Verdure and the Scene Massena, created in partnership with the company Adam, replaces the Crazy Week.

A stellar line-up of artists

The prestigious array of stars presented by the City of Nice contributed to the success of Nice Music Live first edition. A music event full of emotions thanks to the presence of prestigious artists such as Belgian singer with golden voice full of fire Selah Sue, the pioneer of Electro-Dance-Music, David Guetta andthe stunning violinist Lindsey Stirling who, at 30,  already collected hundreds of millions of views on his YouTube channel.
As opening acts of his three exceptional concerts, the nice performance talented artists such as the English singer-songwriter of Jamaican origin, Denai Moore or the English soul band, Twin Atlantic, have contributed to the Nice Music Live his new acclaim. 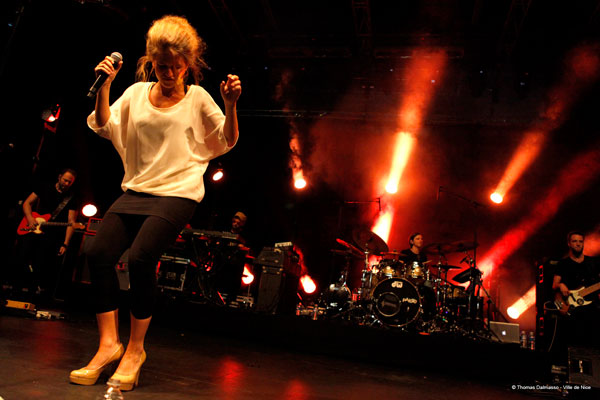 The opening of the evening on July 15 started with a bang with The Low Budget Men. Their performance, highly acclaimed by the public, gave way to more intimate and poetic pop sounds with the English singer-songwriter Denai Moore. This artist with sensitivity at skin level caused a sensation among the public who discovered that night a raw talent with beautiful vocal performances. The girl is without doubt a promising talent and will make a name for herself.
After these two musical beginnings offered provided by Nice Music Live, the public on the stands cheered the appearance of the great Selah Sue.
After two years of absence, a world tour and more than 200 concert dates in Europe, USA and South America, Selah Sue, the Queen of Soul with the golden voice, made her comeback in Nice with her latest album Reason, already high on the European charts. The pretty blonde with blue eyes and perfect brushing, revealed her incredible vocal timbre, due to a perfect pitch by birth. Starting strong with Alone, the very rhythmic single from her second album currently broadcast in the whole world, she once again thrilled the audience with hits such as Mommy or Black Part Love. 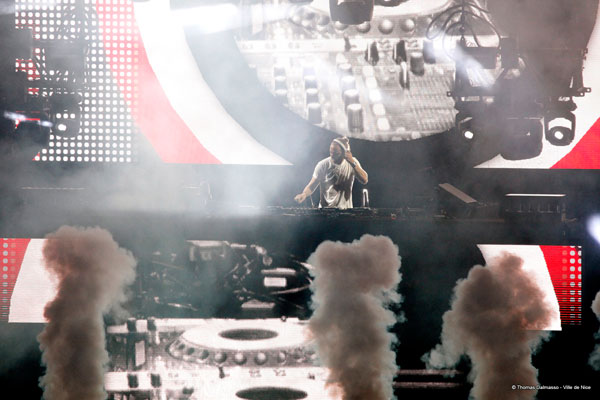 July 17 was the great fiesta of electro-pop on the Place Massena with the most influential French DJ, David Guetta.
As opening act, Nice Live Music proposed was Sacha Moreno and Vincent Daubas, the Garden Brothers. Then David Getta took to sthe stage and put his hands on the turntables for an amazing grandiose 2-hour show.
With more than 8 million albums and 30 million singles sold worldwide, the author of When Love Takes Over, in collaboration with the former Destiny’s Child Kelly Rowland, is a real phenomenon. Titles like I Got a Feeling, Love is Gone or Sexy Bitch are playing in the loop throughout the trendiest clubs in the world and collaborations with Pharrell Williams, Luda Cris, Will I Am, Estelle, Rihanna consecrated the DJ.
A true pioneer of Electro-Dance-Music (EDM), David Guetta ignited the Nice Live Music public with worldwide hits and songs from his new album Listen, compiled in the studios of London, Los Angeles or even Ibiza. This album revealed a new facet of the artist always in full artistic mutation. The sounds decidedly new of this “new pop” leader, stuffed with optimism and hope, made dance late into the Riviera night the aficionados of the moment’s greatest DJ: David Guetta. 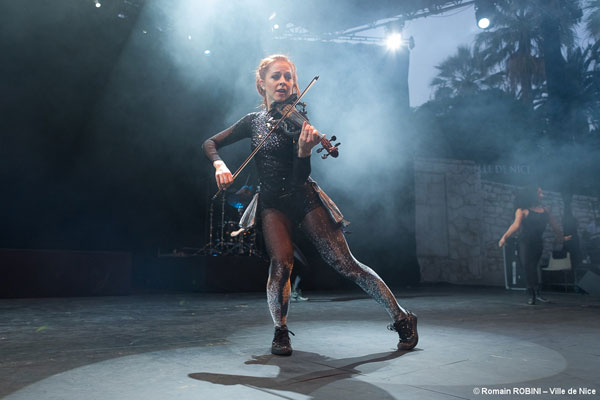 Before the queen of the bow, the audience had the opportunity to discover the band Ninety’s Story. Then, a real UFO landed on the Theatre de Verdure stage. This violinist headlining on the last day of the Nice Live Music, came straight from California.
With her dubstep-style violin (electro-Rondo Veneziano), the just 30 year-old  young woman, violin at the shoulder, whirled across the stage on electro rhythms. In front of 2,000 spectators, she performed standard video games music like Assassin’s Creed or Zelda and interpretations of the themes of the cult series Game of Thrones, some numbers which contributed to Lindsey Stirling’s worldwide success. Finally, the icing on the cake, she played Elements that had was huge hit on the Internet (hundreds of millions of views on his Youtube channel) and the Nice Music Live public was thrilled.

The Nice Music Live, a festival at heart

The Nice Music Live festival also aims to get involved with the association “20,000 Vies”, to promote the dissemination of defibrillators. The The Low Budget Men band, formed by Claude Mariottini and present on stage at the Live Music Nice, is dedicated to raise funds to finance the purchase of defibrillators to be set everywhere in France. 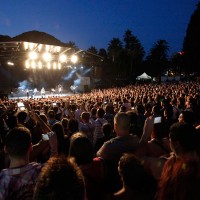 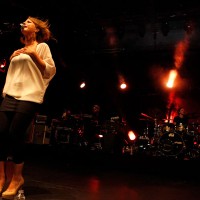 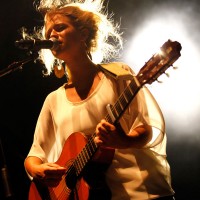 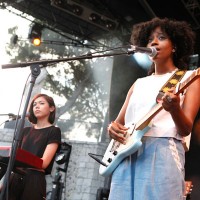 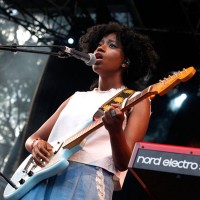 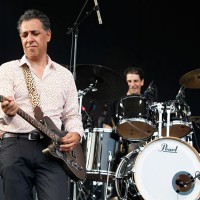 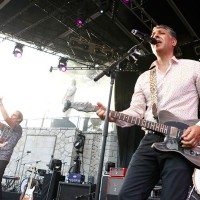 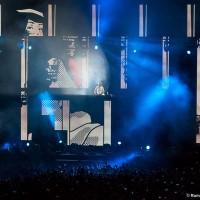 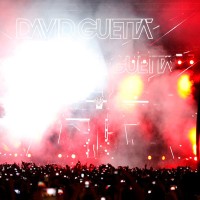 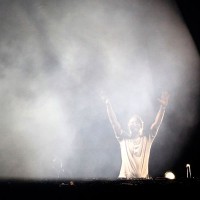 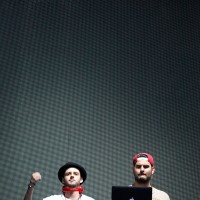 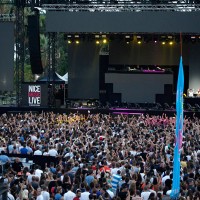 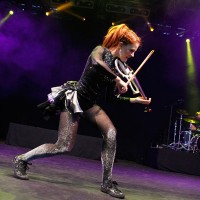 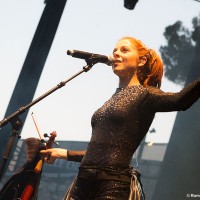 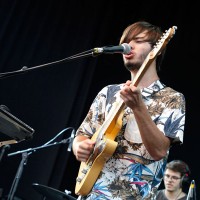 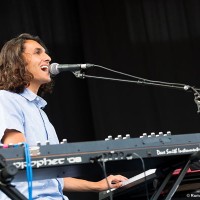 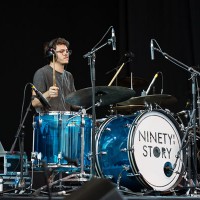