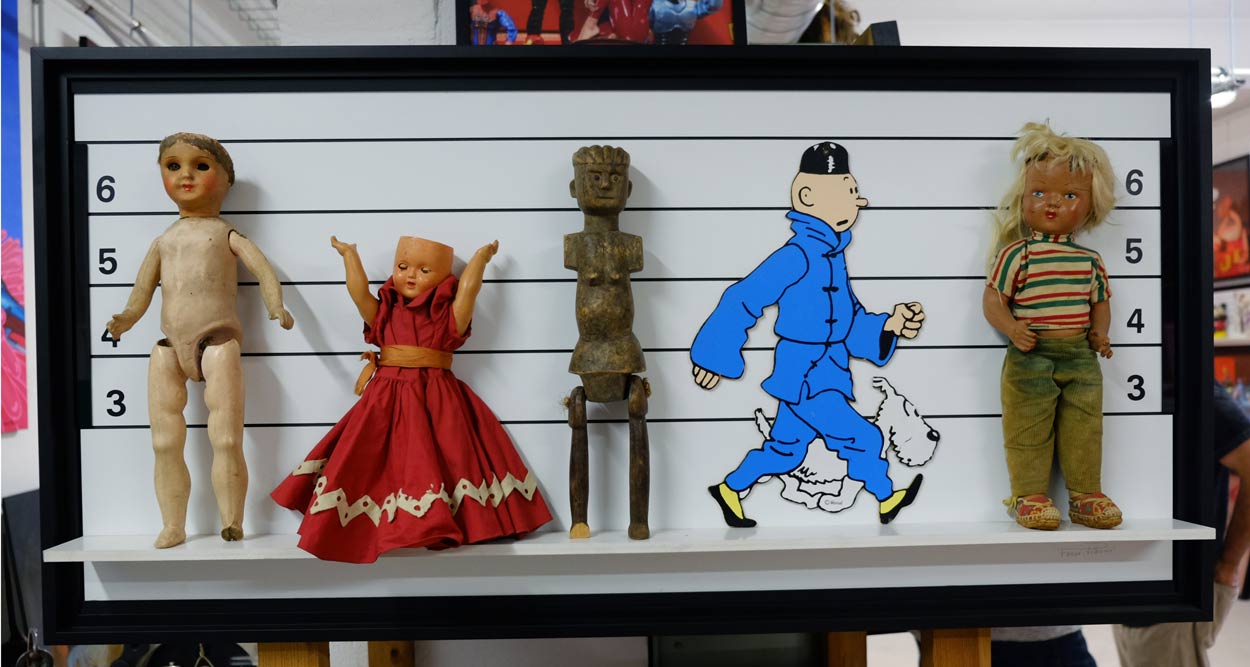 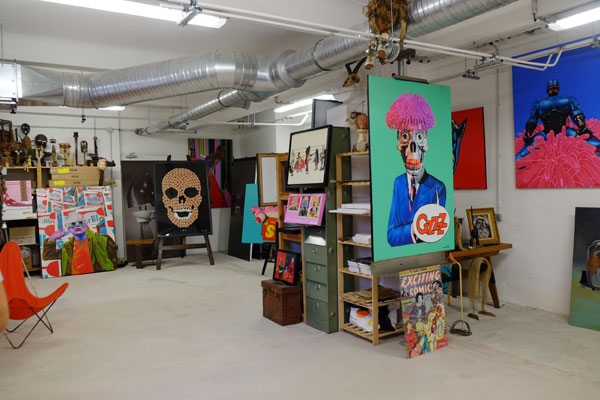 Suquet des Artistes, the new artists’ residence in Cannes, inaugurated on July 24 by Mayor David Lisnard, will host artists and exhibitions  for the public.

Located in the heart of Le Suquet, the historic district of Cannes, the residence Suquet des Artistes was inaugurated by the Mayor of Cannes, David Lisnard, accompanied for this great artistic event by a part of its municipal council. This new place in Cannes for Art, opened on the former Cannes hospital morgue refurbished, generated considerable interest.

After the traditional ribbon cutting ceremony in front of a crowd of residents, tourists and onlookers eager to discover this new facet of Cannes, a visit was organized by David Lisnard, relaxed and radiant despite the sweltering heat, happy to finally see his dream was realized. Since his arrival at the head of the municipality of the Capital Cinema, his will and his persistence to make his city a new jewel of art and culture, finally materialized in this site of exception. 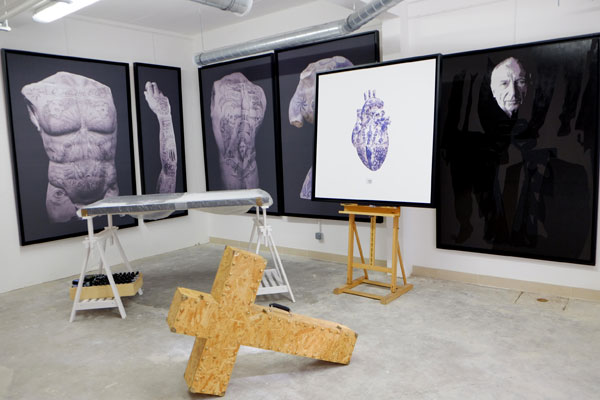 Following the ribbon cutting ceremony, everyone could discover this new Parisian factory-style place with rough concrete forms, refurbished to perfection. Work is currently ongoing to complete the 200 square meters place, which includes 700 m2 in total, of which 500 m2 remain to be rehabilitated, that will span its area to over 1,000 m2 in the near future.
This achievement is composed of an artists’ residence with ephemeral gallery to the public. This project aims to develop the creative and artistic spirit of the historical district of Le Suquet and its local artists, while promoting their work.

This achievement in the amount of 600 000 € in the heart of the historical Cannes, will also be open for public cultural events, such as that of the summer 2014, during which, more than 2,000 Cannes people and visitors had strolled across the streets of Le Suquet through artistic encounters. The place will be open once a month to the public for a few days. These premises could eventually become a new cultural space that would complement the Cannes offer, particularly in terms of contemporary art. 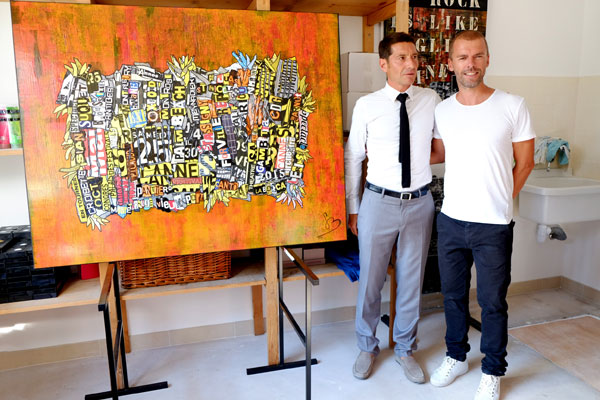 The artists Residence “Suquet des Arts” was inaugurated in the presence of the Mayor of Cannes David Lisnard, Françoise Bruneteaux, Delegate to Work and structuring projects, Thomas de Pariente, Commissioner for Culture and Youth and tenants of the place, the visual artists Olivier Domin aka OLLL, Richard Ferri-Pisani, Gregory Berben and Oliver Calvel.

Click on pictures to enlarge – © YesICannes.com – All rights reserved 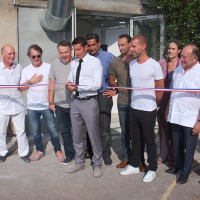 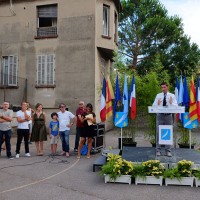 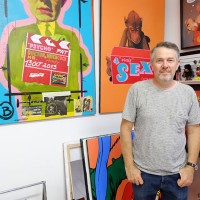 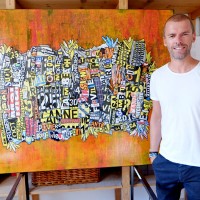 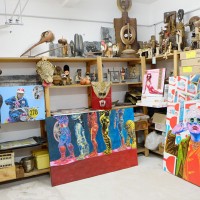 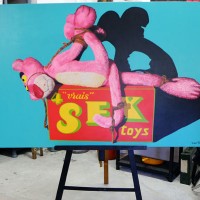 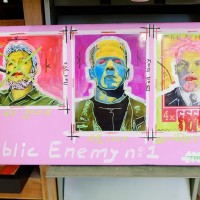 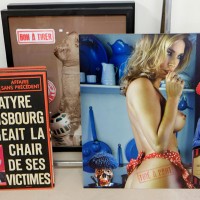 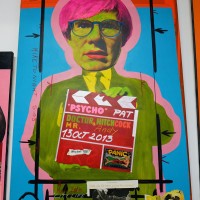 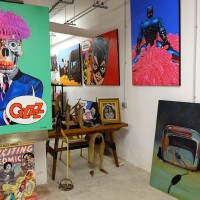 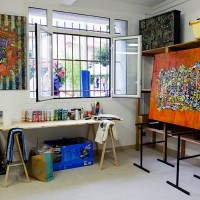 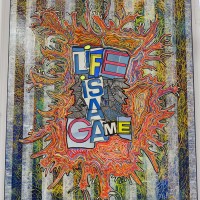 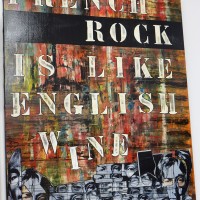 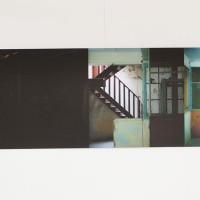 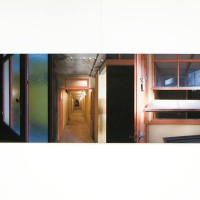 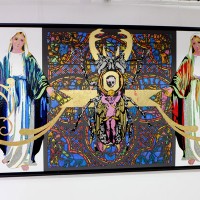 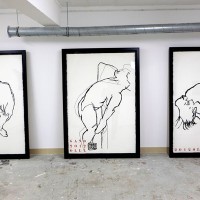 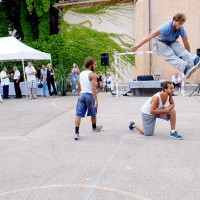