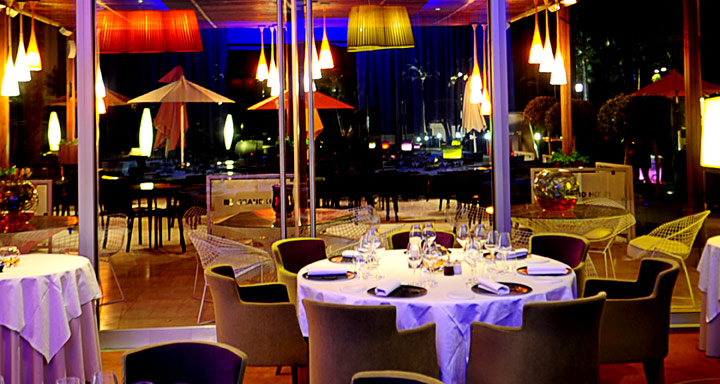 In the heart of an oase of greenery overlooking the famous Croisette, the Park 45, gastronomic restaurant of elegant five-stars Grand Hotel in Cannes, launched chef Sebastien Broda’s new menu.

HughesRaybaud, Director of the Grand Hotel, the elegant five-star palace in Cannes, that has celebrated its 50th anniversary in 2013, and Sébastien Broda, starred chef of the gastronomic restaurant Park 45, unveiled on February 12, a new menu featuring dishes whose delicacy, creativity and refinement have made this dinner launch a hymn dedicated to “haute gastronomie”.
The gourmet address the Croisette has been renovated to showcase Sébastien Broda’s subtle cuisine. The cozy armchairs from the Collinet collection, mixing purple and green are so comfortable we almost forgot the time passed. Round tables, fine white porcelain and cutlery in brushed metal with hints of bronze, the whole illuminated by a suspension with multiple shades of purple color, add a touch of sweet and sophisticated feel to the space.
A beautiful glass-enclosed wine cellar containing 700 bottles exhibits its greatest crus from French vineyards. They will be offered to you by the talented sommelier Florent Champanay to enhance the dishes prepared by the chef.

Sébastien Broda with the help of his assistant, Thomas Moretto and his inseparable pastry chef, Pascal Picasse, bring their talents and passions for fine flavors and traditional Mediterranean products, but also from the whole world.

With his new gastronomic menu, influenced by its many services abroad, Sébastien Broda shows again his mastery at staging products that characterizes its cuisine. The yusu, the essential citrus of Japanese cuisine, perfectly married with the Flaked Crab or the Hake carpaccio. The coriander, native of East and North Africa and today cultivated on the shores of the Mediterranean or the rutabaga, an autumn and winter root vegetable, are inhabiting his dishes. Of course, Sebastien Broda favors good terroir produces like the pink onion of Roscoff shaped in our famous Tarte Tatin with melanosporum truffle, topped with truffle ice cream.
His concerns of quality guide him all  over the food chain because even some of the little tradition breads accompanying the dishes are based on olive oil, made with traditional methods from the Saint Anne oil mill in Grasse.

It is often said that a meal without dessert is a meal without sunshine. Well, at the end of this delightful evening, the sun of Egypt illuminated the delicious dessert concocted by pastry chef Pascal Picasse. His Khéops “pyramide” is composed of chocolate biscuit with whipped ganache and coffee nougatine with its ice-cream.

To top this moment of pure pleasure, the wines and champagne were chosen by sommelier Florent Champenay, as talented in wine choice as in communicating his agreements flavors to customers. The alchemist seized all the wealth of our soil to compose a great wine accompaniment, indivisible asset to the quality of a famed Michelin-starred restaurant.

The Grand Hotel is the oldest and most legendary hotels in the center Croisette, whose first edition was built in 1863 along with the Croisette where it long remained the only palace. Demolished and rebuilt in 1963, the Grand Hotel enjoys an exceptional location with a park of palm trees in an oasis of calm and greenery. It now has 75 rooms including a floor suites with terraces and sea views.

At the New Menu Launch Diner: 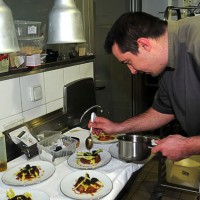 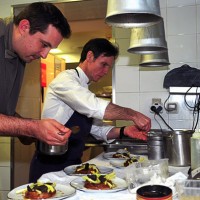 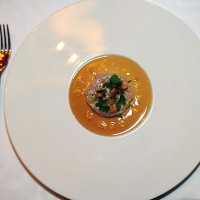 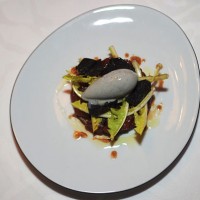 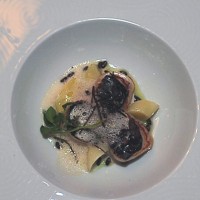 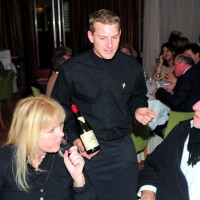 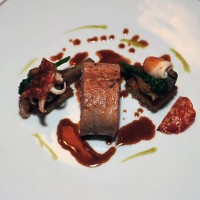 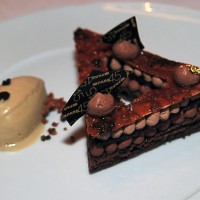 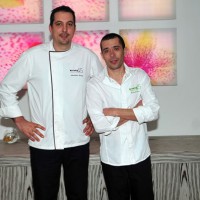 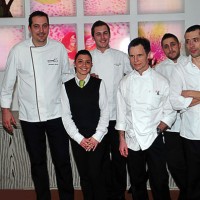 Sébastien Broda and brigade and Susanna 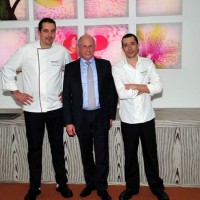 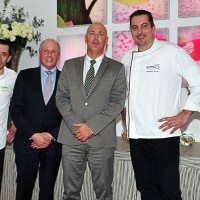