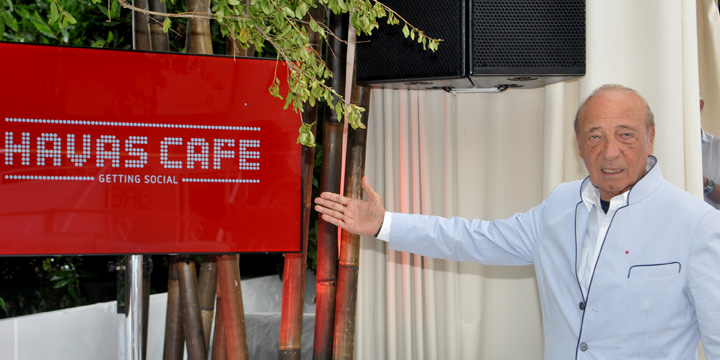 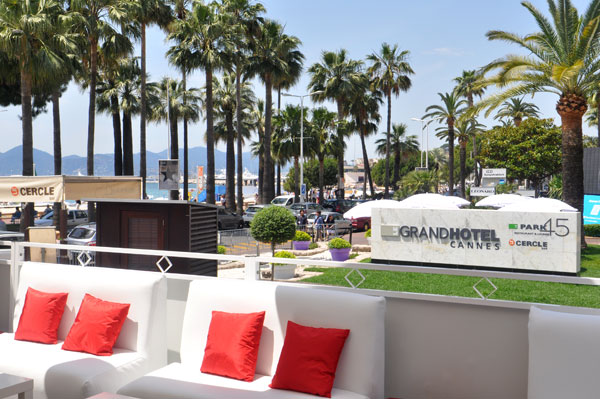 Havas, now Publicis Group, the third largest communications group, a leader in digital and interactive communication with 58,000 employees in 108 countries on five continents, was present at the Cannes Lions 2013 in the gardens of the Grand Hotel as Havas Café. Among the many conferences that marred the 2013 Cannes Lions Havas Café, we selected that of Bob Geldof and the presentation of the Evian campaign.

Havas Café is an ideal resting place, very popular among festival goers that could safely hold their business meetings, attend high-level conferences, or just cool down by sipping the famous Coca Cola small can especially created for the sixtieth anniversary of the Cannes Lions, served by a charming hostess. An all-day bar was also available.

Bob Geldof, singer, songwriter, actor, is best known for his organization of immense charity concerts. Sir Bob Geldof is now a member of the Africa Progress Panel, a foundation based in Geneva and chaired by Kofi Annan.

Sir Bob Geldof explained the audience his views on the more and more significant creation of a new virtual world, bringing together a world population thirsty of consumption via the Internet. The publicists have understood these new lucrative markets and adapt to it to make an essential hub for business. As so aptly Bob Geldof says: “When business is going well, all is well.” But Sir Bob Geldof has also talked about the opportunity and even the obligation to use creativity to solve some of the most important problems facing the world in the 21st century. He also dwelt on the earth’s climate pollution causing serious problems in the world, inequality of peoples, poverty and hunger, how to solve social and political problems such as nuclear proliferation in Iran.
Bob Geldof, lead singer of The Boomtown Rats, is now recognized for its global society fighting against poverty and an active militant with the Band Aid and Live Aid. 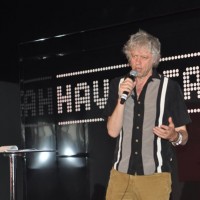 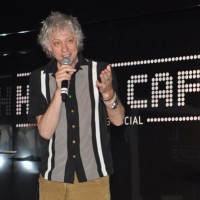 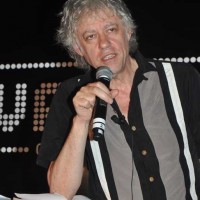 At Cannes Lions 2013 Evian presented at Havas Café “Baby & Me”, its new global brand campaign made by BETC. Always signed Live young, it once again reaffirms the vision of youth in Evian: a positive and universal value, supported by all of us, regardless of age.

After “The baby swimmers,” one of the most popular advertising figures over the past 40 years in France and the “Babies rollers”, official world record for the most viewed video ad of all time, the Evian brand wish once again offer audiences an amazing and exhilarating show. While walking down the street, a man comes face to face with his reflection in a mirror … but in baby version. Different characters live in turn the same unsettling experience. Each of them gets to play with his “baby me”, and the game turns into a dance, on a cult music: “Here Comes the Hotstepper”, remixed by Yuksek for Evian.
For everyone to meet his “baby me”, BETC Digital and B-Reel have developed a digital application. You take a picture or download the photo of the person of your choice, and the application will allow you to “babyfy” you and your friends, thanks to a sophisticated facial recognition software. A new Live young experience, to live on Android, iPhone and Facebook. 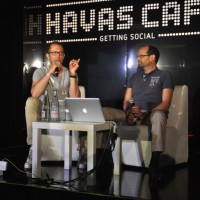 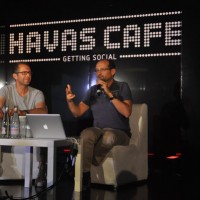 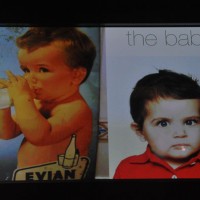 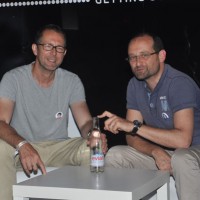 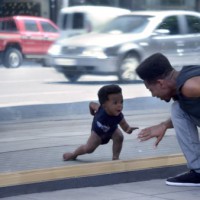