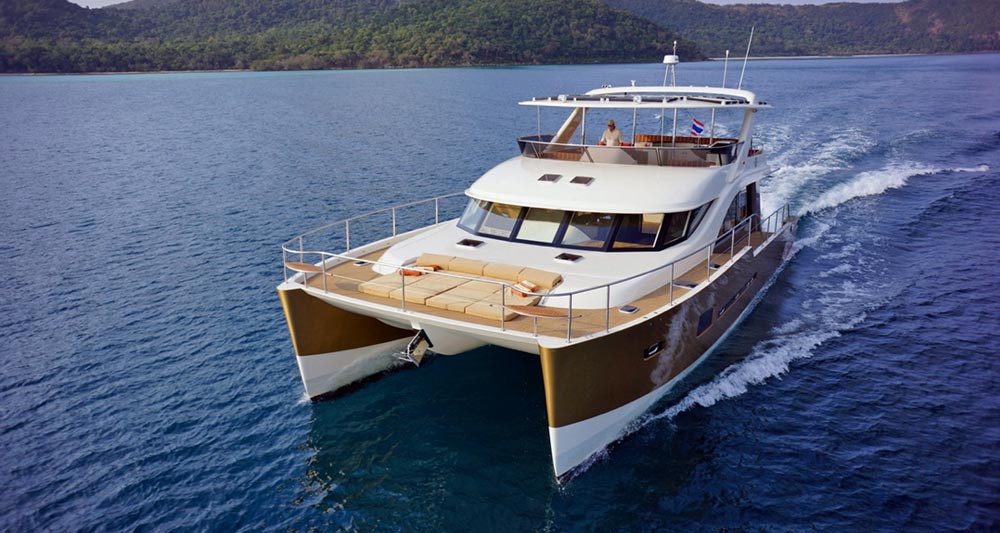 A few months ago, a client walked into the premises of Bakri Cono boat builders and required: “I want a yacht with which I can go anywhere, visit very remote islands and enjoy all my time on board”. The Bakri Cono shipyard took up the gauntlet and created the 65ft green-on-environment catamaran Heliotrope.

The owner wanted to cruise around many of the 38,000 South East Asian islands. As the yacht would be more often around remote islands than near marina service stations, strong needs of independence, reliability and safety were to be fulfilled. Heliotrope allows long times at sea – cruising, exploring, living, and enjoying a ‘Luxury Expedition Catamaran’.

The Heliotrope, a great challenge to both designer Albert Nazarov and builder Bernard Lamprecht, is really designed for the ultimate experience at sea in both comfort and safety while sporting a sexy and sleek look.
The spacious front deck is a full walk-around with a large sundeck which doubles as a surface for additional solar cells and huge stowage for the mattresses and other items underneath. A full featured bar corner, luxury seating, dining tables and large open area allow partying or simply lazing around.

The Heliotrope’s name comes from the Greek Helios – sun – and Tropos – turn. The yacht is equipped with cutting-edge solar technology including over 28 sqm of flexible solar cells, directly mounted on the surfaces, turning the sun into electricity. The hardtop of the fly bridge as well as surface under the forward sun beds are covered with solar cells. The panels are delivering more than three kilowatt per hour of electric charge on a good sunny day.
For rainy days, the Heliotrope boasts another unique feature, (an idea from the owner): the rooftop to also serve as a catchment for fresh water. Thus, rainwater from the rooftop of the fly bridge drains directly into the fresh 1,100 liters each water tanks.

Made for long trips

Due to the expeditionary nature of the Heliotrope, the designer decided on large engine rooms with two diesel machines and straight shaft drives. There are in total four interconnected fuel tanks of 1,500 liters each. In the engine rooms are a reverse osmosis water maker, generators, central air conditioner, deep freeze chillers, water heaters and compressor for dive tanks.
The twin Volvo D9 light commercial-rated diesel marine engines provide a top speed of 24 knots and a very economical cruising speed of 12 knots  can be achieved with only one engine operating.
The boat is designed to comply with category A – Ocean of the European Recreational Craft Directive.

With her generous space, layout and easy handling (no professional crew needed), the Heliotrope has everything going for it to become your home on the water. 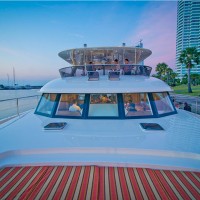 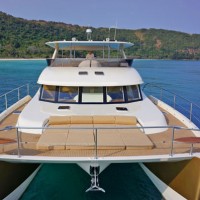 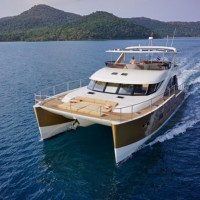 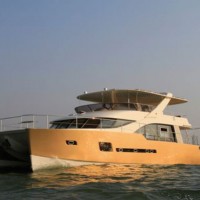 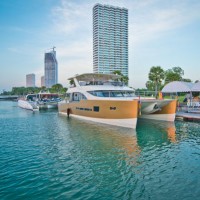 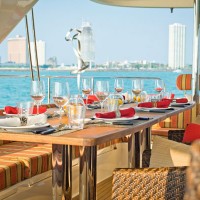 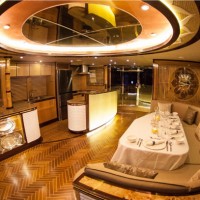 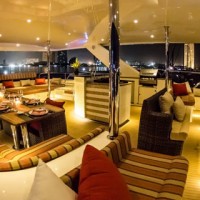 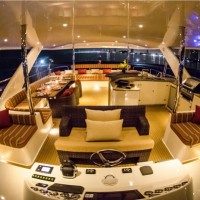 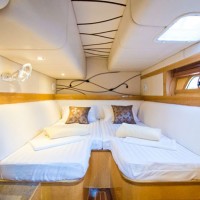 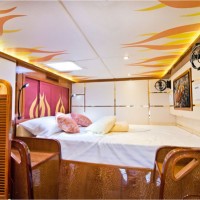 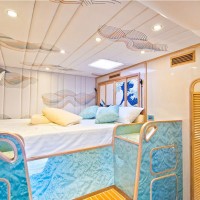