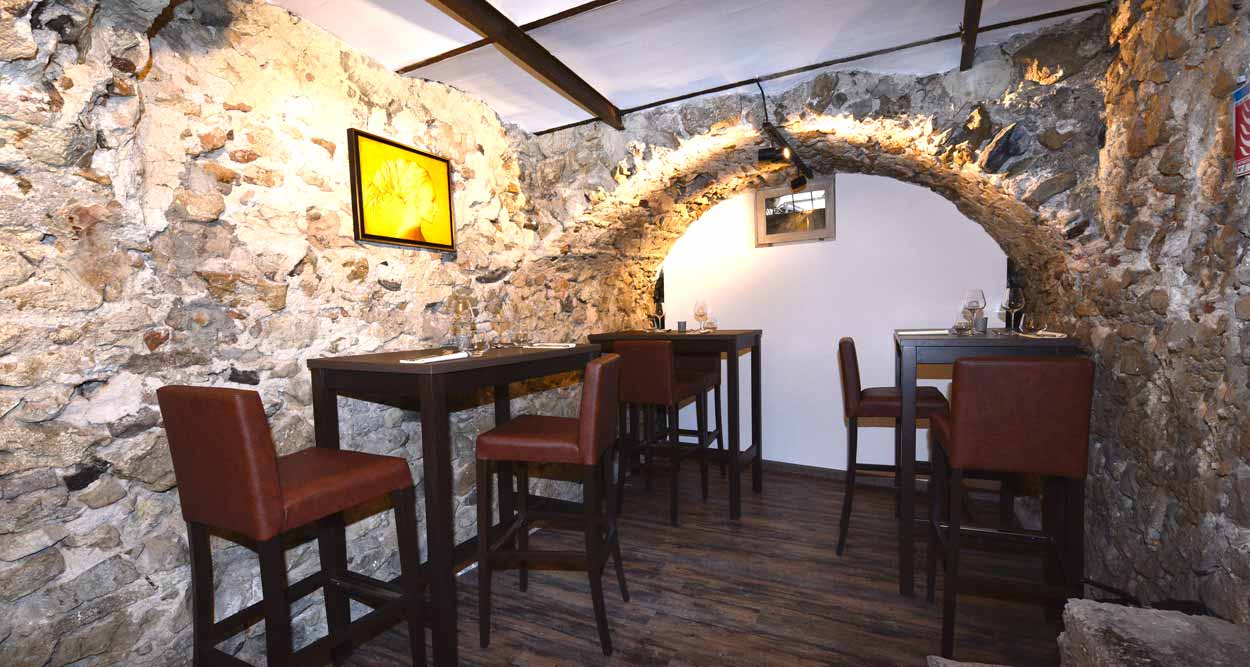 L’Arazur, Flavors and History in Antibes 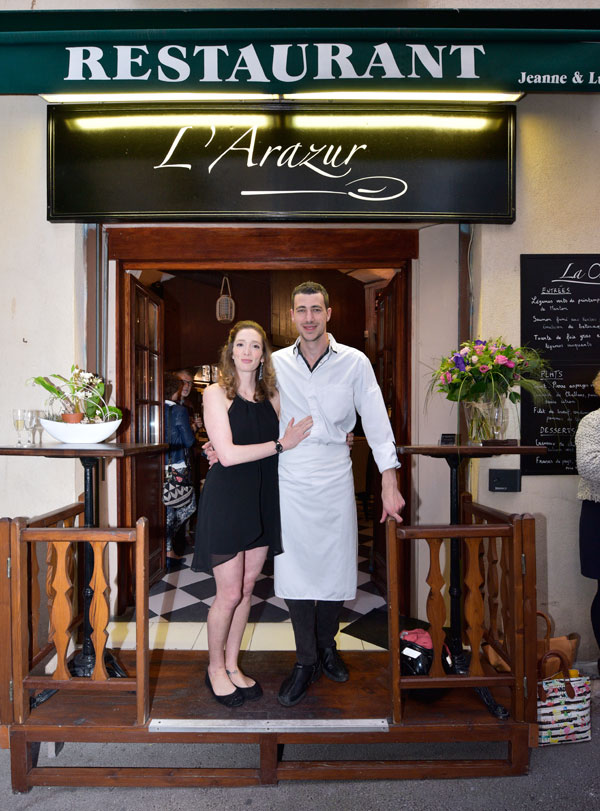 L’Arazur, Jeanne Martin and Lucas Marini’s restaurant opened its doors in the heart of old Antibes. Old stones and fine cuisine are on the menu.

L’Arazur opened on April 30, 2016 in a small cobbled street in the heart of old Antibes. The establishment, nestled between two narrow fishermen’s houses is located beneath the Chateau Grimaldi with its wonderful museum, the Picasso Museum, and the ramparts remind us that we are well in the historic city fortified by Vauban.
The famous Provençal market with colorful and lively notes, the Port Vauban and its Quai des Milliardaires, the blue of the Mediterranean, the beach of La Gravette, close to the L’Arazur restaurant terrace, complement the highly touristic picture of the French Riviera. 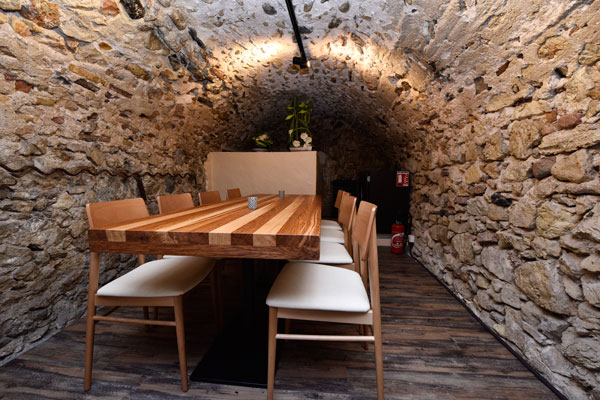 From a young age, Lucas Marini has the passion for cooking. A passion he loved to share with his family at parties and birthdays, concocting them some delicious recipes. The pleasure and pride he felt during those moments of family and gustatory festivities drew him naturally his way: it was decided, he would later be a cook. At 15, the beginning of his dream takes shape in Italy, in a restaurant where he worked for two seasons. He discovers the harsh reality of the profession, with its joys and sorrows, but nothing will stop him in his decision.
Always driven by his passion, Lucas Marini obtained in 2006 his BEP cuisine as an independent candidate in 2007 and his national technological degree in Hôtellerie-Restauration. He then completed his apprenticeship with Claude Lambert, at Les Angles in La Tonnelle in Bordeaux region, where he discovered responsibilities and worked with all kind of product. 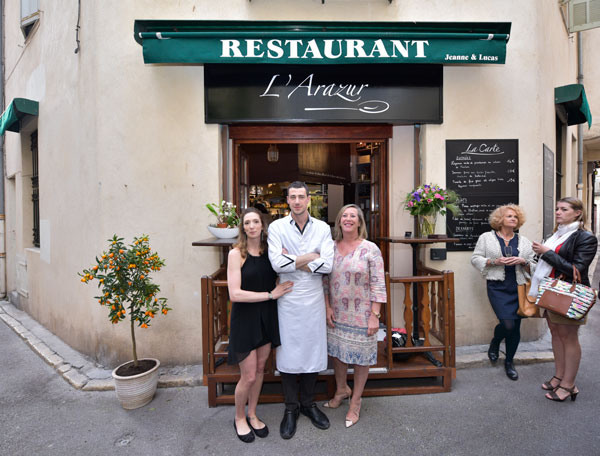 The journey to the heights

After two years of study and with his experience gained in the field, he joined the prestigious Ferrandi High School of French Cuisine in Paris. Two 6-month internships in the capital and two experiences left indelible traces in his young chef career. With Yannick Alleno at Le Meurice, he will learn to master cooking and the rigor of a palace and technical and timeliness with Guy Martin at Le Grand Véfour in Paris where he was responsible for seafood.
On the competition side, Lucas Marini has an impressive list of achievements since he successively won in 2012 Les Chefs en Or and Revelation of the Year, a competition conceived by the renowned Gault&Millau. The little red guide will accompany him for two years around the world and teach him the perfection of the work, the demand and the absolute respect of the product, the sense of creativity and aesthetics in the dressage of plates. 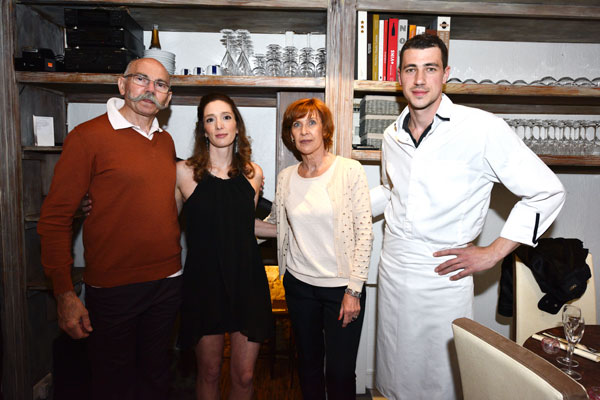 A dream come true in Antibes

Continuing his way to success after all his years in prestigious houses held by reputable chefs: Ledoyen and chef Christian Le Squer in Paris, the Senate Presidency with the MOF Gilles Poyac, Lucas traveled extensively abroad alongside his mentor, Mauro Colagreco, the brilliant two-star chef of the Mirazur gastronomic restaurant in Menton. Finally, the he is back for the pleasure of gourmets in the beautiful Riviera region, where he opened L’Arazur, rue des Palmiers in old Antibes.
As a happiness never comes alone, it is with her companion Jeanne Martin, who shares the same passion for cooking, that he lives this great adventure. In this haven of peace where old stones and antique tables marry the authenticity of the historical site.
L’Arazur is the place to enjoy a lunch or a dinner with friends in an atmosphere both sweet and friendly. On the menu, you can choose a nice meal salad or delicious dishes at the border between the tasty traditional and semi gastronomic cuisine.
And the summer coming apace, come quickly to sit on the terrace and enjoy a moment of relaxation and culinary delights at the table of Jeanne Martin and Lucas Marini. 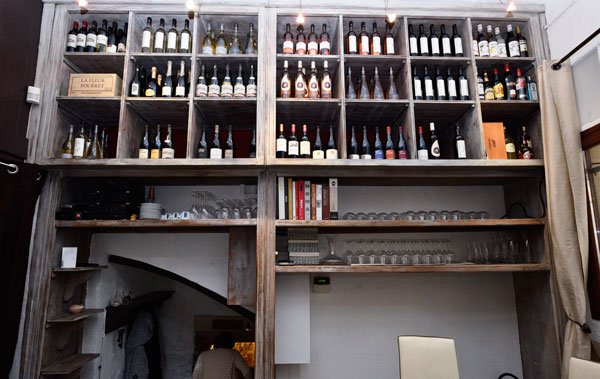 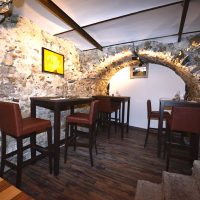 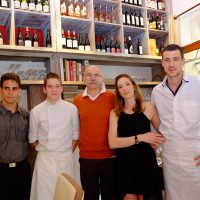 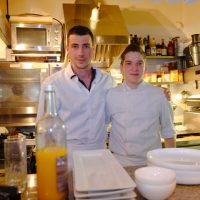 L’Arazur, Flavors and History in Antibes was last modified: May 4th, 2016 by tamel