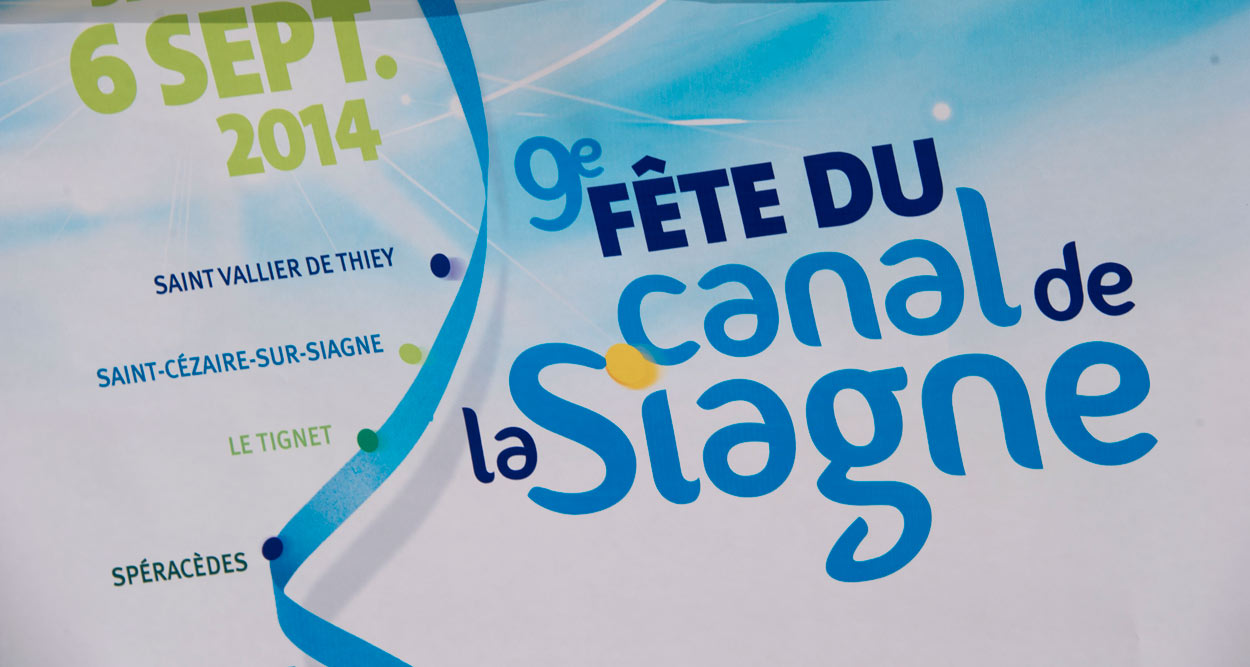 Always more beautiful and inventive, the Fête de la Siagne makes its big annual cinema on September 6 with 90 free and invigorating activities along azurean 10 towns bordered by one of the most beautiful river in France: the Siagne.

Water, star of the 7th Art

On the theme of cinema, the history of the Siagne canal will be told to young and old, to raise public awareness to the protection of this beautiful work and the precious good it is carrying. A movie set will be installed in three locations of the Festival to create a “shooting” location each time different that will have people dive back, through the selected decors, at the time of the creation of the Siagne canal in the 1900s.
A first decor in Saintt Vallier will be dedicated to the inauguration of the Siagne canal on August 16, 1868, in Cannes. The second set in Mougins depicts a 1900 farm and village. The  third set, in Cannes, is dedicated to the beaches and bathrooms in 1900.

Films will be screened in a loop throughout the day in the cabaret: the film from the contest “Le canal de la Siagne fait son cinéma !”, the Web TV series “Méli Mélo démêlons les fils de l’eau” as well as several films, including “Entre 2 Marches” (Cannes film Festival 2014).

The implementation of the competition “Shoot your movie!” about water and the Siagne canal will be open to young or adults, professionals or amateurs. At the end of the contest, an awards ceremony will reward the winners.

For people with disabilities