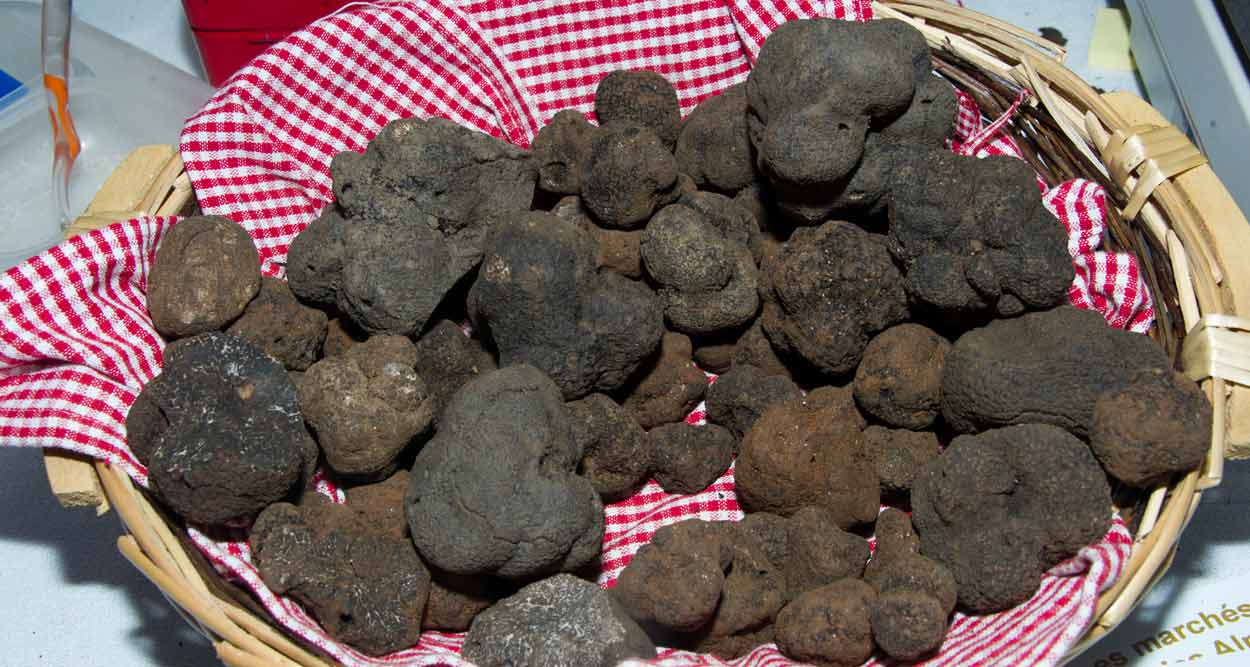 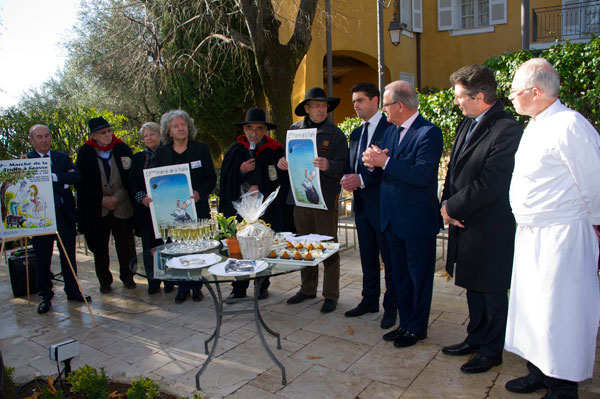 The Truflle, a rare and much sought-after mushroom with high gustatory qualities, has the good idea to mature in winter, providing the French Riviera hinterland with gastronomic tourism during the off-season. The support for the development of its cultivation in Provence is adding new perspectives, with perhaps, a Route de la Truffe to open for gourmet tourists.

The truffle in Provence

Provence is the main truffle-producing region in France, with 50% of the national production and, on 7,500 hectares of truffle oaks, 250 hectares are on the Maritime Alps. Michel Santinelli, President of the Regional Federation of Trufficulteurs, is promoting the planting of truffle oaks to develop the cultivation of this unique and prestigious mushroom, who in winter, with the snow, serves as a lead product for tourism. He thanked the General Council, the Region and Jérôme Viaud, Mayor of Grasse, for their support in promoting the truffle. 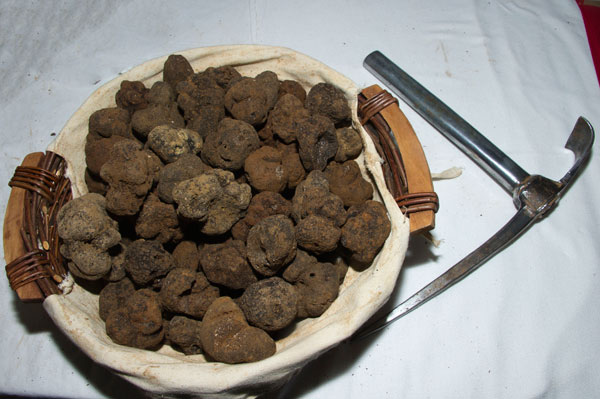 The 2015 season of black truffle (tuber melanosporum) is announced as one of the best vintages of the last decade by the ideal weather conditions that prevailed in the spring and fall.
The public came many at the Bastide Saint Antoine in Grasse during the day around the truffle to buy truffles and discover the local products, meats, wines and other delicacies from the local market which was held in the gardens of the Bastide Saint Antoine.
At noon, the public could feast on site appetizing snacks truffle.
The Marche de la Truffe continued on Sunday 11 at the village of Le Rouret, capital of the trufficulture in the Alpes Maritimes. 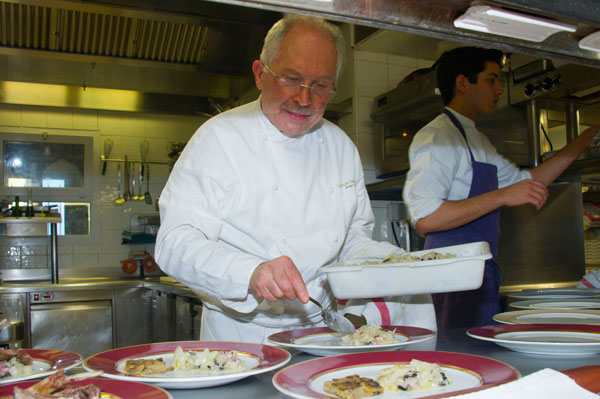 Famous Michelin-starred chef Jacques Chibois, owner of the Bastide Saint Antoine, hosted 250 gourmet guests for a a meal in honor of the truffle, including:
Asparagus with Crémeux d’œuf, Mousseux of Foie Gras with Truffles,
Sea bass on its Pumpkin Mousseline with Truffle,
The Roasted Rack of Lamb with Chartreuse of Fennel, Truffles and Olives, Boulangère of Potatoes with Truffle
Tiramisu Chocolate Caramel, Hazelnut Sauce with Truffle, Vanilla Ice Cream with Truffle.

The personalities and elected officials paid tribute to Wolinski, one of the Charlie Hebdo cartoonist assassinated during the terrorist attack on the newspaper in Pairs on January 7.
Michel Santinelli reminded that, in 2003, Wolinski made the friendship to draw the poster of the Marche de la Truffe, a rather sexy poster exalting the sensuality of the truffle. This vision of the truffle expressed a freedom of speech, accepted by all, which the terrorist barbarity tried to eliminate.
Kristian, the cartoonist who designed the poster of the 19th Marche de la Truffe, evoked his friendship with Wolinski and the other killed cartoonists, telling with emotion: “I lost a lot of friends on this day… WE all lost a lot of friends.”

At the end of the official speech, Jérôme Viaud, Mayor of Grasse, promised a great surprise for next year’s 20th anniversary of the Marche de la Truffe. Perhaps, the inauguration of the Route de la Truffe? Let’s wait and see. 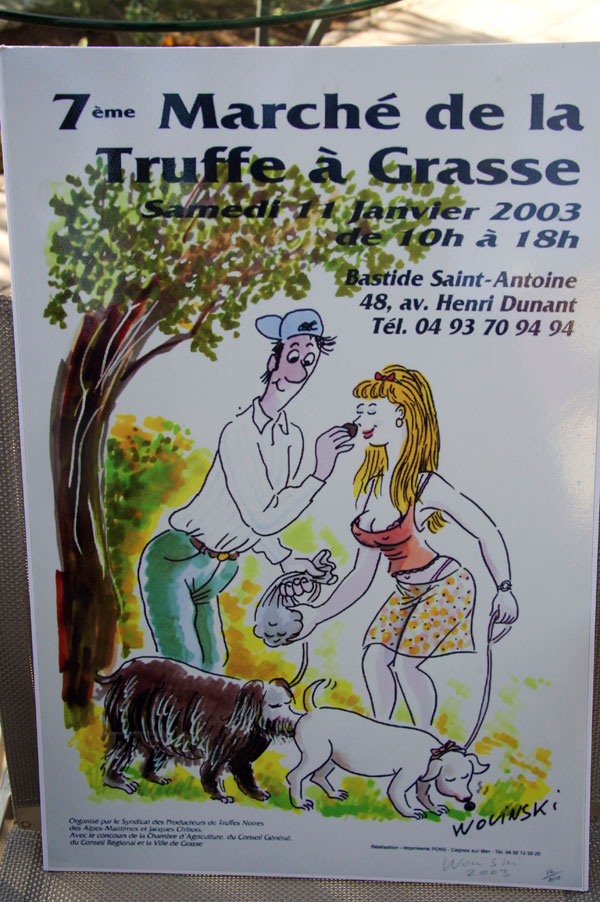 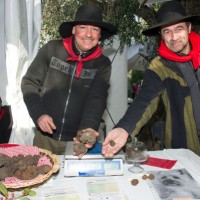 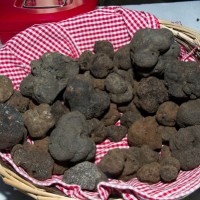 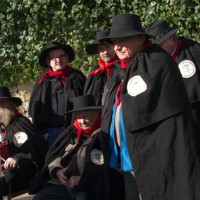 The “Rabassiers” wearing the dress of the brotherhood. 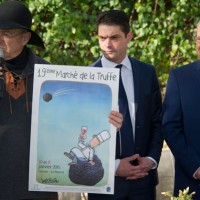 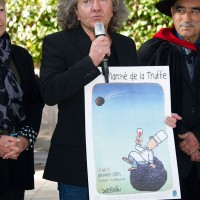 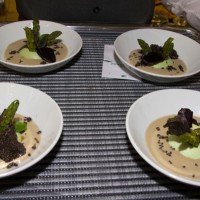 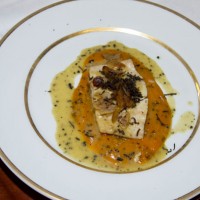 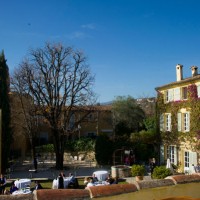 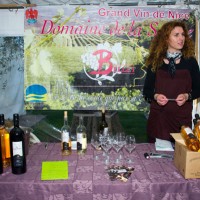