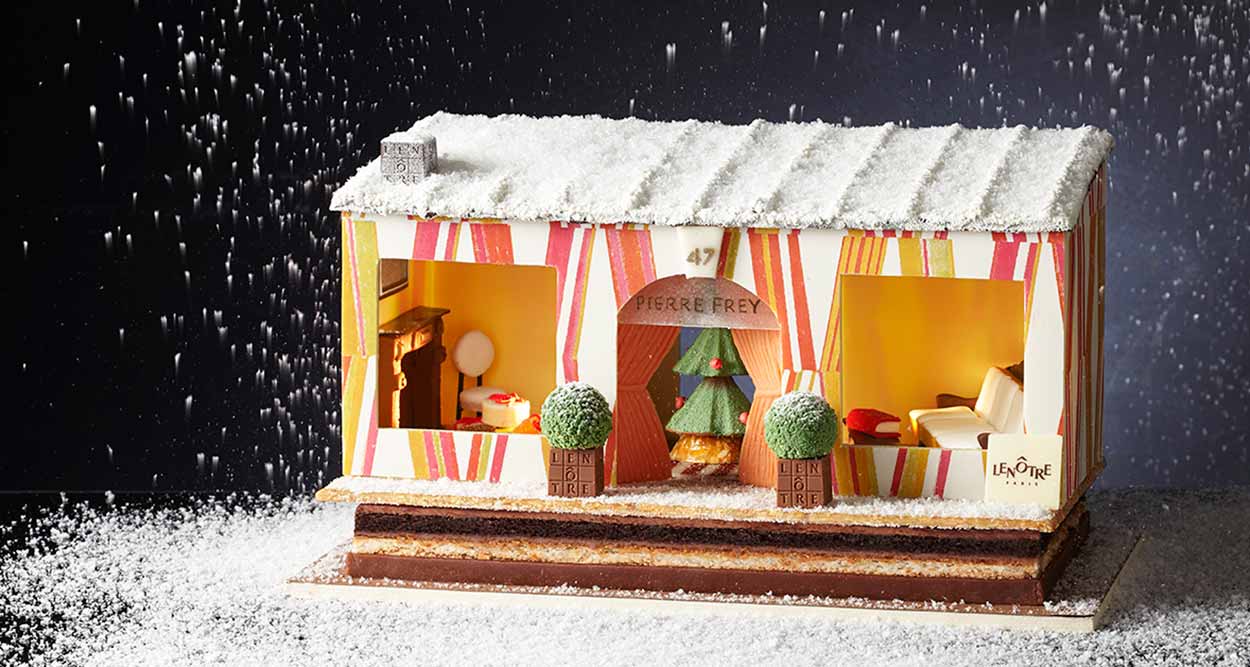 The Boutique Lenotre in Cannes unveiled as a national première the Bûche de Noël and Galette des Rois that will delight both lovers of Christmas desserts and Art. 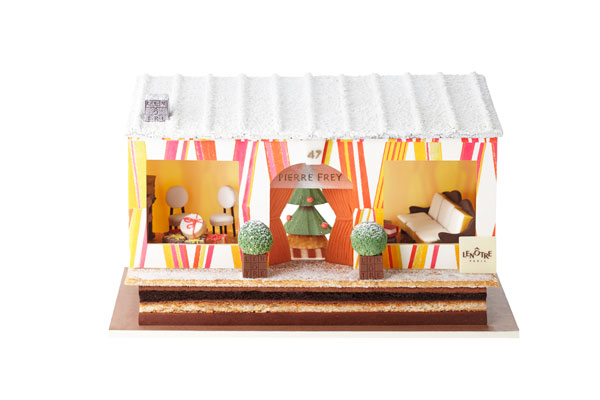 To achieve the Bûche de Noël 2014, Lenotre paired with the Maison Pierre Frey, seen as a reference in upholstery “à la française”. Founded in 1935, the house Pierre Frey creates and manufactures fabrics and wallpapers and stands out in the interior decoration and furniture.
The Bûche de Noêl Lenotre for Christmas 2014, designed by Patrick Frey and his eldest son Pierre and realized by Guy Krenzer, Lenotre’s creative director is inspired by the façade of the historic boutique Pierre Frey located at 47 rue des Petits-Champs in Paris. The delicate and delicious “puppet house” weights 1,3 kg of confectionery and cake.

As in the tale of Hansel and Gretel, the house is entirely edible, although some will hesitate to eat at once such a beautiful work of Art… The family and friends gathered around the bûche will discover, through the windows of sugar, within the white chocolate walls, the warm and comfortable ambiance of a house during the Christmas and New Year holidays. The most gourmands will soon remove the chocolate roof of the miniature house to savor the armchair and sofa, made of chocolate topped with soft Calisson-like cushions and the carpet and curtains made of marzipan. A tentative pile of confectionery gifts lies by the fireplace of dark chocolate, at the foot of the Christmas tree of Gianduja chocolate.

A subtle blend of delicious layers

Like the form of the bûche, original and endearing, its tastes boasts a subtle blend of delicious layers: a crunchy base of praline, sunflower seeds and toasted nuts, topped with a smooth and creamy foam, both with milk chocolate and passion fruit.
The Bûche de Noël will be enjoyed with a pineapple sauce marinated in lemon and Tasmanian pepper infused with vanilla, in tribute to the Aboriginal theme of the house Pierre Frey’s next collection that will celebrate next year the 80th anniversary of its birth. 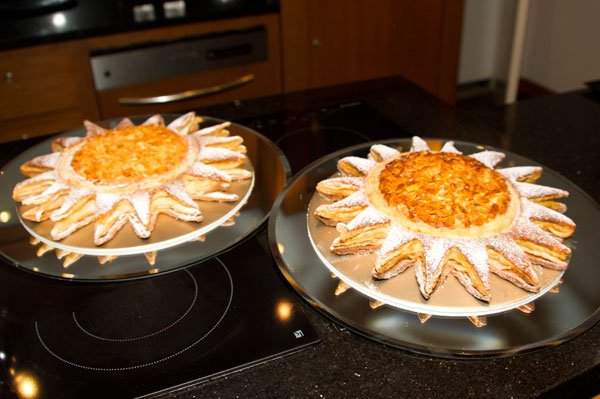 On the same evening, Laurent Le Fur unveiled the new Lenotre Galette des Rois for next Feast of the Epiphany.
As a tribute to Jean Cocteau and the commemoration of the fiftieth anniversary of his death, Guy Krenzer was inspired by the Mediterranean art creations of the artist, to design a Galette as a worship to the sun and the flavors of the south.
A solar Galette, recalling Le Soleil, a work of art by Jean Marais, his muse and pupil.
The terroir of the French Riviera, familiar to the artist, inspired the ingredients to imagine a light and crispy puff pastry dotted with toasted and caramelized Valencia almonds around a pain de Gênes with almonds and lemon zest, seasoned with the famous Limoncello of Menton.
The Galette is to be enjoyed accompanied by caramelized slices of fresh pineapple – Jean Cocteau’s favorite fruit-  and a pineapple juice with spices: star anise, vanilla and cinnamon.

La Galette des Rois will be accompanied by seven beans in the spirit of the works of Cocteau, such as the lizard, the wildlife and the harlequin, including one collector, inspired by Cocteau’s beloved terracotta work.
To delight the collectors of beans, the favophiles.

The Mayor of Cannes, David Lisnard paid tribute to both houses Lenotre and Pierre Frey, and their creativity, evoking “the positive, with creative soul people who create value.” He said: “This alliance of elegance, of two expertises “à la Française”, are embodied in the magic of Christmas.” 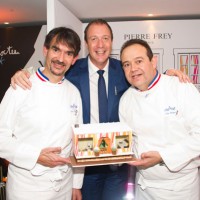 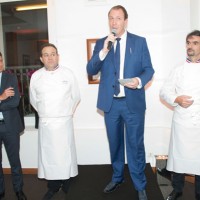 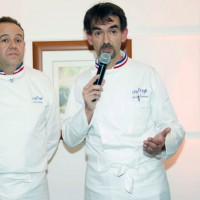 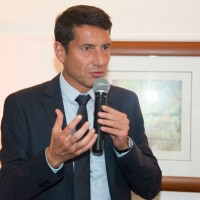 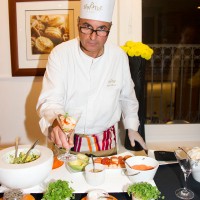 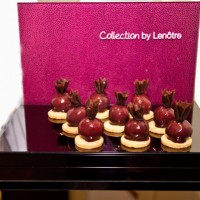 A piece of the Lenötre Collection of delights 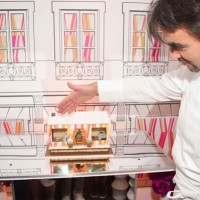 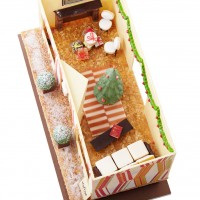 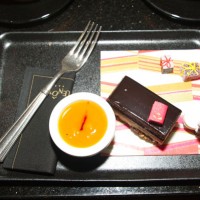 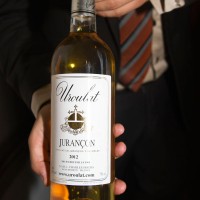 Ideal with the Bûche 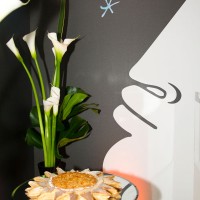 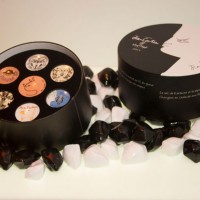 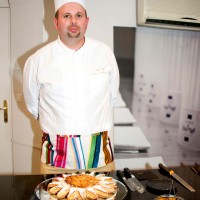 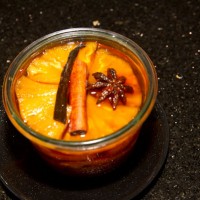