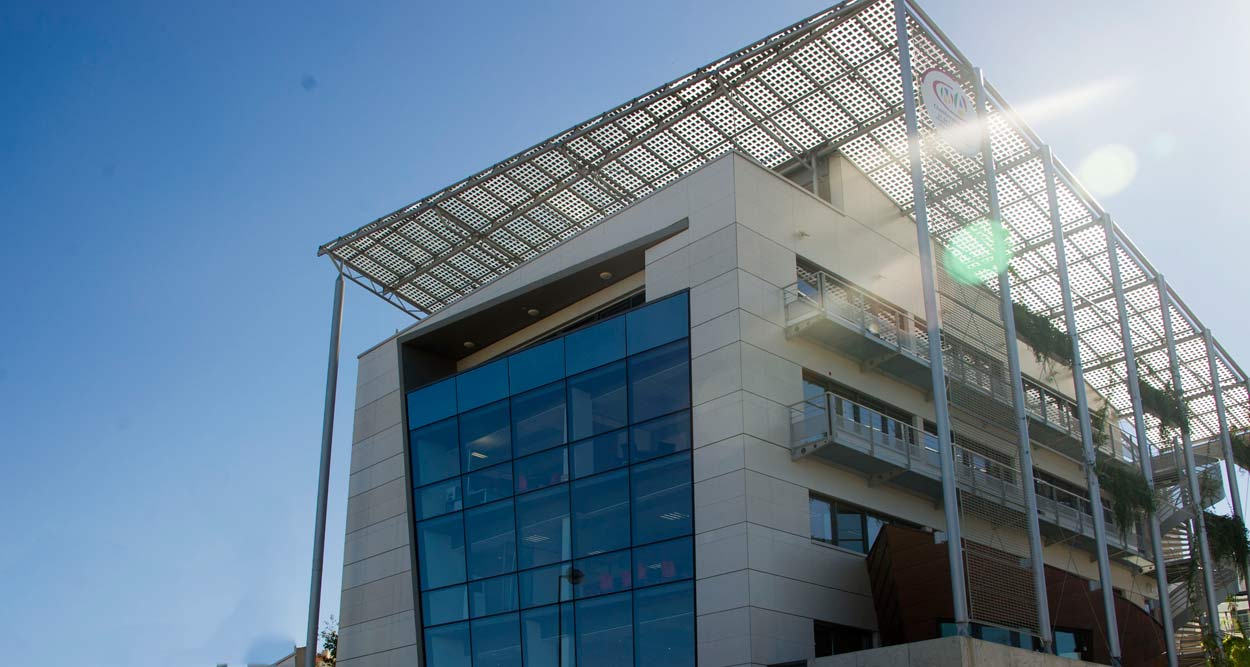 The new site of the Chamber of Trades and Crafts of Alpes-Maritimes was inaugurated on 24 November in Saint-Laurent-du-Var.

A building of excellence

This beautiful building, with a height of 15 meters and an area of 2,300 m2, is fitted out as premises including a flexible space that can accommodate up to 200 people. It was designed by the architects Jean-Philippe Cabane (ABC Architects Agency) and ClaudeTatara (AUCA) building.
The building stands out at first glance as it contrasts, in terms of quality and modernity, with the other buildings in the commercial area of Saint Laurent du Var. On a concrete frame, the glass and a mineral siding enable to benefit from the natural light. The west facade is decorated with a deciduous green wall to create a micro climate during warm periods, to make the most of what is now being done in terms of technical innovation and energy.

This building was awarded the gold label of the organization “Mediterranean Sustainable Buildings” and respects the charter for the environmental quality of construction operations in Mediterranean regions (renewable energy, control of the impact associated with construction, architectural and urban quality, eco-friendly behaviors).

A partnership with a future

The Mayor Saint Laurent du Var, Joseph Segura, told his pride to boast such an achievement in his city. He praised the partnership between the city of Saint Laurent du Var and the CMA, and the future projects of realization that they now have in common.
He praised the outstanding work done by Jean-Pierre Galvez who has worked tirelessly to make the Chamber of Trades and Crafts of the Alpes-Maritimes one of the pillars of economic development in the region.
By following the path opened by the Grenelle of the Environment 2008, requesting that all new buildings in 2020 to be with positive energy, thanks to him, the new headquarters of the French Riviera artisans will produce more energy than it consumes.

A better quality of service

The new headquarters of the Chamber of Trades and Crafts of Alpes-Maritimes will provide better quality of services to 34,500 artisanal enterprises in the Alpes-Maritimes while exercising at best all of its missions: to defend the general interests of the artisans, but also promote the development of small businesses and support the artisans in every stage of their career.
Some meeting rooms and an auditorium with modern facilities have been created for the training of young people (with 407 various training courses offered with training courses in IT or management).

At a cost of 6.5 million euros, the construction of this new building was funded primarily by the CMA 06 equities. However, it has received the financial assistance from the Region Provence Alpes Côte d’Azur and BBC Effinergie. 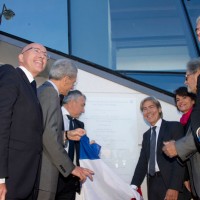 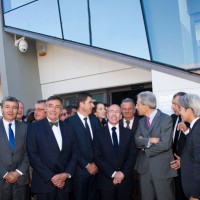 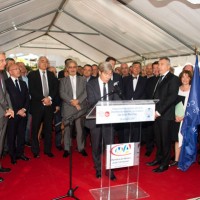 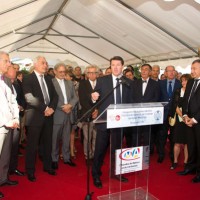 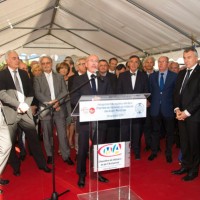 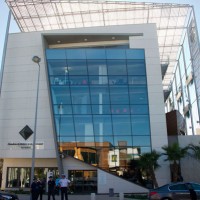 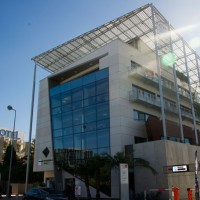 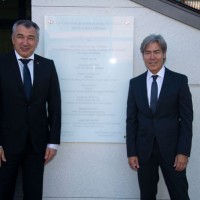 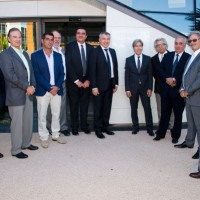