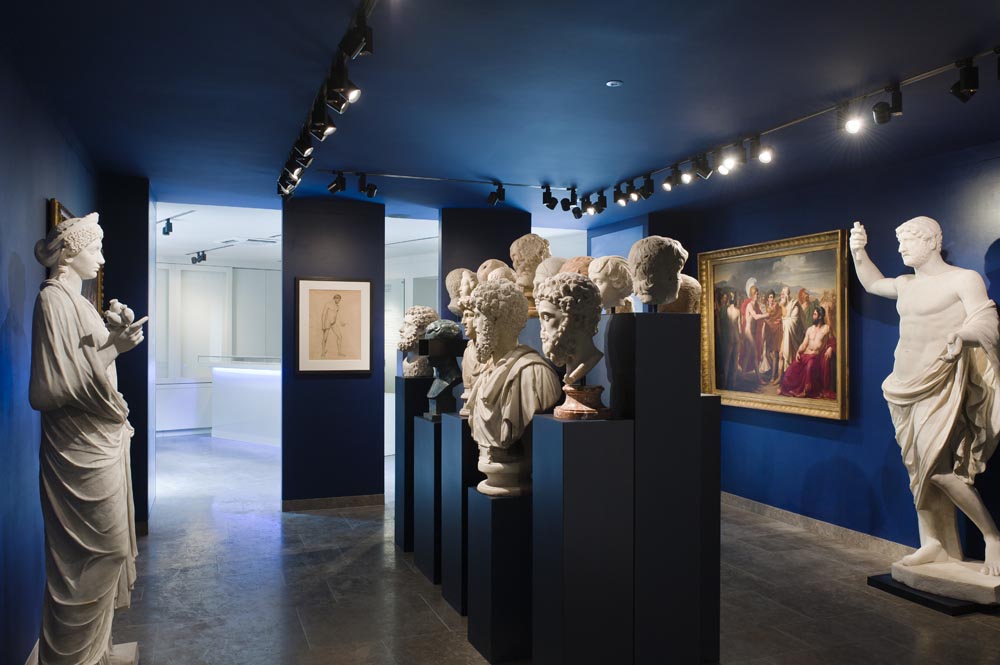 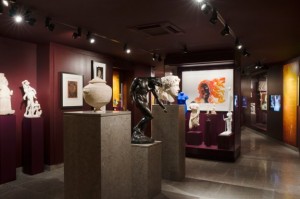 Once upon a time, there was an English gentleman, Christian Levett, who, when he wasn’t working, was collecting. He was collecting every valuable antiques he could lay hands on: coins, paper, Greek sculptures, Egyptian sarcophagus, vases… When he considered his collection wide enough to deserve being seen by the public, as he had a house in Mougins, he decided to meet its Mayor Richard Gally, and propose him to create a museum in his city. His idea was to show his collection in a hall through which people would pass and admire his collections. Mr Gally immediately sized the opportunity and offered the gentleman to create a real museum in the old village. After two years work, the heart of Mougins village was hosting an amazing world-class Classical Art Museum: on four floors, more than 600 works of Chris Levett’ collections were showcased to the public from June 3, 2011. One can discover remarkable Roman marble and bronze, Greek sculptures, Egyptian sarcophagus, vases, coins, jewelry and glass objects dating back millennia in a perfect state of conservation. During the visit, from the Egyptian crypt in the basement to the fourth floor revealing the largest private collection of antique armoury and weapons in the world, one can admire a hundred works of Art by contemporary artists such as Picasso, Chagall, Matisse, Duffy, Cézanne, Degas, Klein, Man Ray, Cocteau, Sosno, delicately mixed within ancient works, as a mirror to go through across centuries. After Mr Richard Gally’s own words, this museum was “the little Louvre in Mougins”. Mr Gally’s visionnary prediction revealed true as the Best Museum Gold Ken has been awarded to the Museum of Classical Art in Mougins as joint prizewinner with… the Louvre in Paris. The Mougins Museum of Classical Art has won this prestigious recognition for hosting the most English welcome in France (read perfect welcome…), a permanent exhibition mixing the ancient with the ultra contemporain, and color touch screen placing visitors in the historic prespective of the displayed works. Events – all remarkable – are organized for the residents and tourists of the village, world-famours for its Etoiles de Mougins culinary festival. The Gold Ken awards each year 10 categories of achievement having worked in New Cultural tourism that can be defined as: an engineering taking into account the behavior of new visitors, new customers in emerging countries and the latest digital technology.

On the occasion of thanking Christian Levett, Mr Richard Gally presented him with the Medal of the City of Mougins, an award only presented twice before him: the first time to Roger Vergé, from the Moulins de Mougins restaurant who contributed to Mougins worldwide culinary notoriety, the second time to Roger Duhalde, former Mayor of Mougins for 24 years, and at last, Mr Levett, who highly contributed to the city’s artistic notoriety through the entire world.

The museum is still in the spotlight in the greatest way possible: the MACM has been nominated for the European Museum of the Year as unique French museum among the 28 European museums chosen by the EMYA team, after two criterium: Quality Tourism cultural site and the ranking of the Journal des Arts. The European Museum of the Year (EMYA) Prize was founded in 1977 by the Council of Europe, and is the most prestigious award in Europe, because its ambition has not changed since its inception: to testify to the excellence of European museums and encourage innovative processes. Innovative compared to the traditional view that emphasizes collections rather than their use for the benefit of society. Innovative in substance, ie the life of the museum, its management, its staff, its management and strategies. Museums candidates are evaluated on the basis of what is considered exceptional for a museum services offered to its visitors. Fulfilling a multicultural and social role, the Mougins MACM perfectly corresponds to the new role assigned by the EMYA museums. The 2013 Winner of EMYA be announced during the ceremony at the Gallo-Roman museum of Tongeren in Belgium, during May. We hope very much that, with the Golden Ken, first recognition prize, the MACM will outweight other museum. 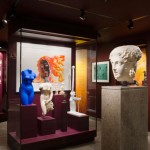 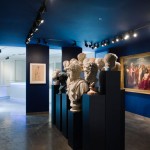 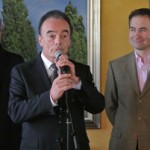 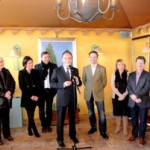 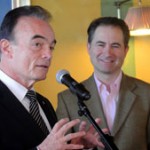 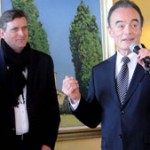 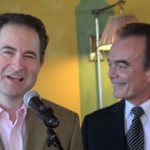 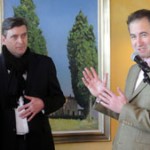 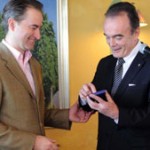 Mr Levett is presented with the City of Mougins Medal 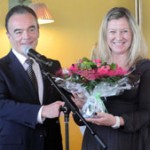 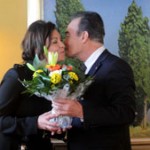 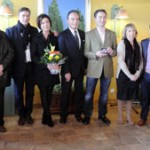 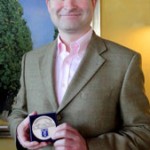 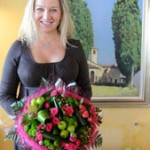 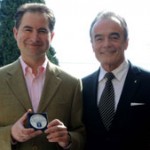 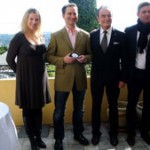 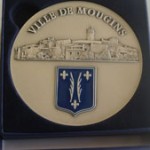