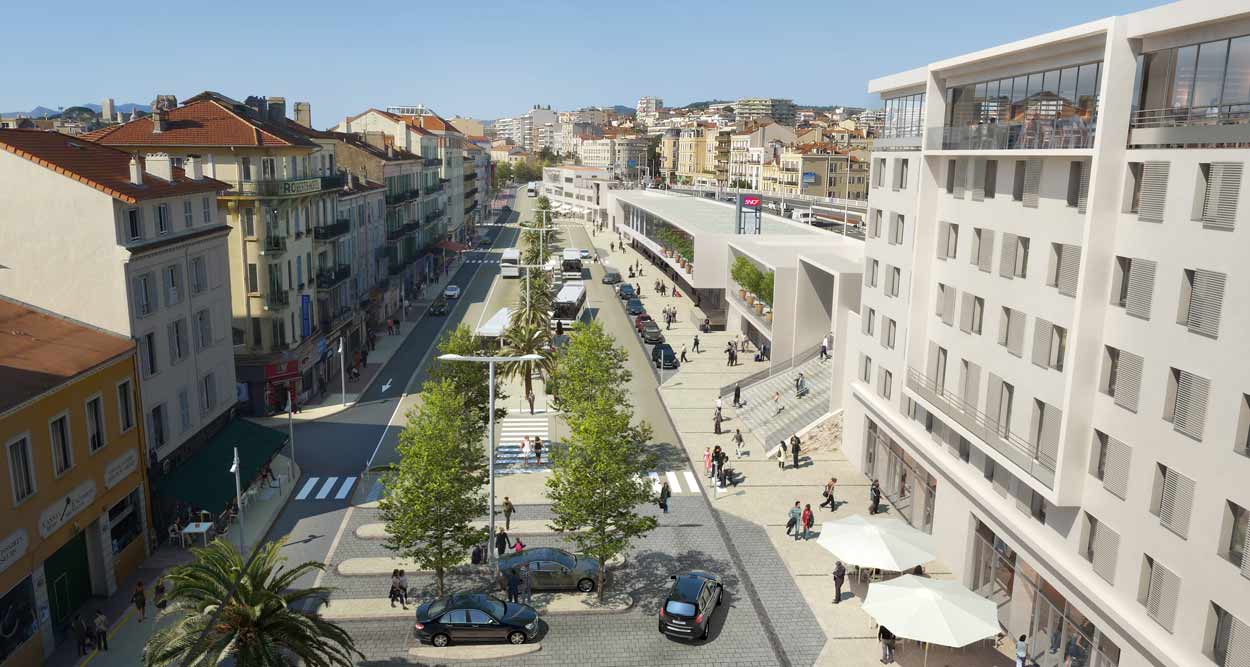 Multimodal Hub, A Locomotive for Cannes 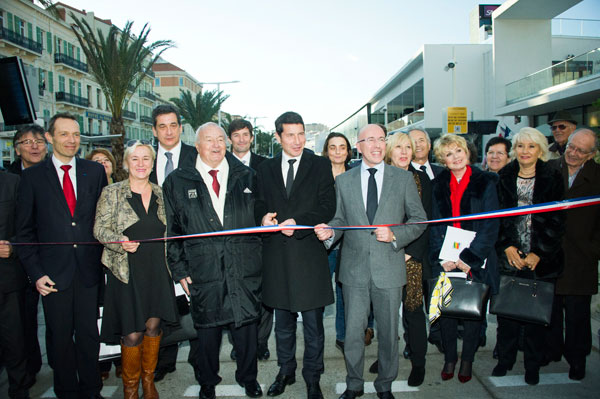 The multimodal hub of transport, completing the renovation of Cannes railway station, was inaugurated on February 15, 2016 by Mayor David Lisnard.

The multimodal hub of transport on the forecourt of Cannes train station, connecting trains, buses and taxis to facilitate the transport of some 4 million local, regional and international travelers using the Cinema Capital’s station was inaugurated on February 15, 2016 by David Lisnard, Mayor of Cannes and elected personalities. The travelers by bus, car, train and even two-wheelers are now evolving in an attractive hub with pleasant environment, convenience stores and greenery.

The beginning of a beautiful story

Many elected officials, including Eric Ciotti, President of the County Council, Philippe Castanet, Sub-Prefect in Grasse, the Mayors of Mougins, Richard Galy and Mandelieu La Napoule, Henri Leroy and Françoise Bruneteaux, regional councilor representing Christian Estrosi, President of PACA Region, were present to admire the brilliant result of the “end of an adventure” and take part in the “beginning of a beautiful story,” after the words by Thierry Jacquinot, Director of SNCF Méditerranée on opening of the official speeches. 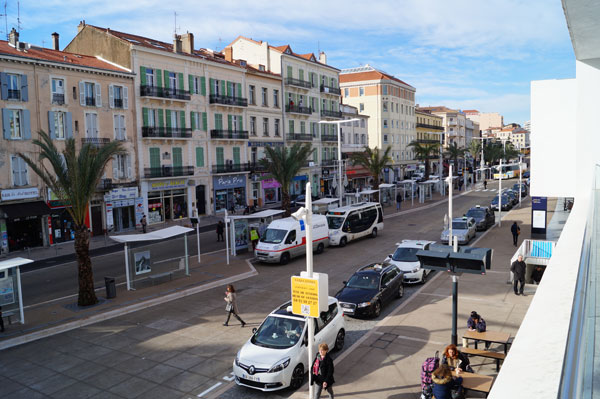 “It’s beautiful!” exclaimed MP Bernard Brochand, Mayor of Cannes until 2015 – now President of the Pays de Lérins Agglomeration Community – who initiated the renovation of the station 10 years ago. “It’s beautiful, it’s useful and it’s economical!” he said, welcoming the completion of the work by the pleasant formula: “The buses enter the station!”
With its palm trees, elegantly shaped bus shelters, the multimodal hub is not a temporary fashion. It responds to the increase and facilitation of passenger flows: Cannes train station is welcoming nearly 4 million passengers a year, a flow of workers, delegates and tourists that will reach 6 million by the end of the decade. Between business tourism throughout the year, the Cannes Film Festival and summer holidays, Cannes is always packed! 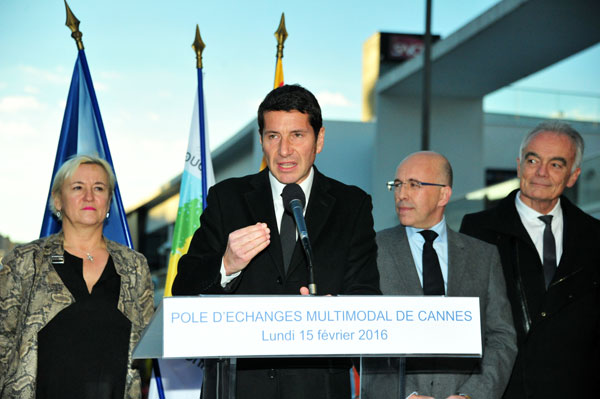 Not a forecourt, but a square

“Today, we don’t inaugurates a forecourt, but a square!” said David Lisnard, Mayor of Cannes, Vice Chairman of the AM County Council and President of the French Riviera Regional Committee of Tourism. He investesd his dynamism in the success of the project, ensuring its completion, even asking the first asphalt, mediocre in his eyes, to be replaced.
The Mayor of Cannes, supported by the agglomeration community, the Departement, the Region and even the European Union, has invested € 40 million for the expansion and modernization of the Cannes train station, located in the heart of the center city. Transfigured, adding attractiveness and quality of life in the neighborhood, opening many new shops and even a crèche available to passengers, the Gare de Cannes is consistent with the tourist attractiveness and cultural influence of the city. 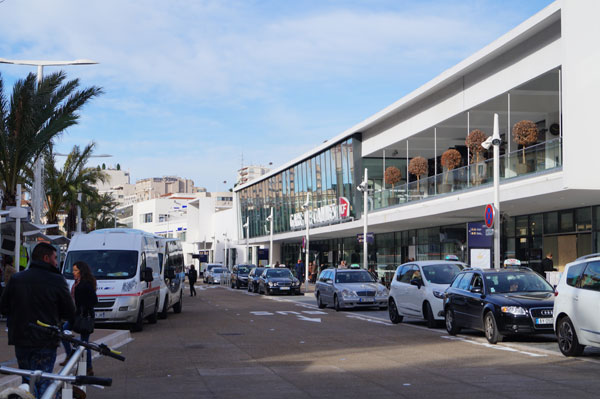 A wide range of services

The multimodal hub of exchanges now offers travelers a wide range of services, at the height of the importance of passenger flows frequenting the Cannes railway station.
3,400 passengers per day use the 36 lines of the Palm Bus and BHNS (High Level of Service Bus) recently set up by the Pays de Lérins Agglomeration Community, towards Cannes, Le Cannet, Mandelieu La Napoule, Mougins, Théoule or Nice airport.
The square hosts 8 docks with access to 30 lines of urban and district bus, simplifying the life of users of public transport whether local, tourists or festival goers.

Everything has been designed to improve traffic flow. The redevelopment outside of the train station, the 1,135 parking spaces, the bus stations on the North forecourt (behind the station) open up accessible areas – without barriers – for pedestrians, cars, buses, and two-wheelers that will soon have a 40-spot parking.
Above the railway, 88 Drop-Off spots offer the comfort of twenty minutes of parking for depositing travelers, with direct access to the station by stairs or elevator.
Four new quays are serving the Palm Bus bus network, with a display of schedules and line numbers to guide users to the best.
The redevelopment of the taxi station will help welcoming festival goers increasingly numerous in the Capital of Cinema: Cannes will host for at least 5 years a new tradeshow, Trustech, that will bring together 18,000 delegates from November 2016.
In addition, more than 1,000 parking spaces have been created around the station, between the new car park Saint Nicolas and Maria parking. 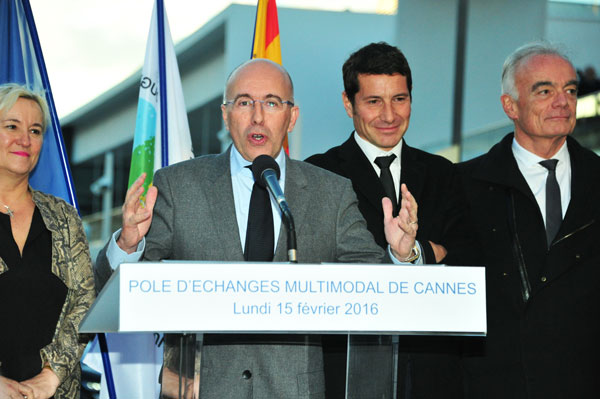 The inauguration of the multimodal hub was an opportunity for David Lisnard to talk about the projects in continuation of the rehabilitation of the station to always embellish Cannes: the pedestrian streets between the Rue d’Antibes and the station will be renovated. The mayor also wants to move La Bocca train station to the Cannes merchandise train station, to bring it closer to the new developments under way: the incubator of Bastide Rouge, the Multiplex Cinema, the University Campus. David Lisnard also mentioned an agreement with RFF and SNCF regarding the development of 23 hectares by the sea – currently used for storage and maintenance for the Regional Express Trains (TER) – on which the Mayor stressed the urgency to bring out a new district that will enhance Boccacabana, a privileged outdoors area for sports, leisure and well-being on the beach. 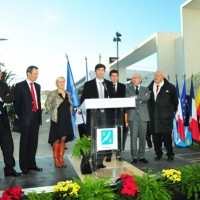 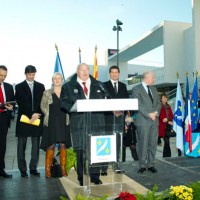 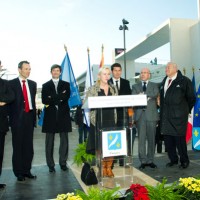 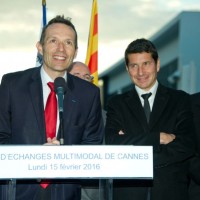 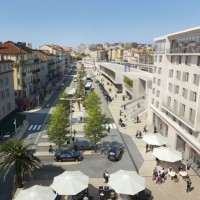 Multimodal Hub, A Locomotive for Cannes was last modified: February 17th, 2016 by tamel