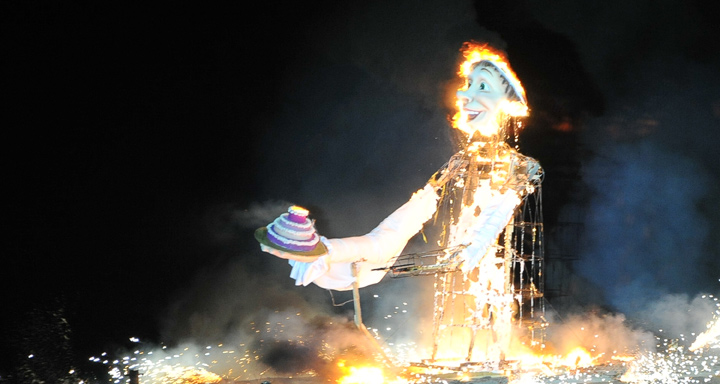 The festivities of the 130th edition of Nice Carnival were concluded on March 4 in the evening with the traditional burning of the King of Gastronomy followed by fireworks.

Sad end for the King of Gastronomy, who, after having majestically shared his reign during 19 days on the Place Massena and looked after the many visitors who daily ate with the eyes his 130th birthday cake. Mostof them left with a delicious slice recorded on their smarphone to enjoy with nostalgia when remebering the wonderful festivities of the Carnival of Nice.
As is tradition, the King of Gastronomy made his last lap on the Promenade des Anglais in the company of the18 floats of the carnival parade (corso).
Then in the evening, the closing ceremony began with the solemn announcement of the dates and the carnival theme for 2015 by King Ratatouille, Christian Estrosi, Mayor of Nice and President of Nice Côte d’Azur Métropole, with Rudy Salles at his side, his Deputy delegate for Tourism, International Relations and Entertainment of Districts and Angeline Genovese, the Queen of Carnival 2014.
But, as everything has an end, we had unfortunately to say goodbye to the King of Gastronomy, so gargantuan and so friendly to us he become. His tragic end in the legendary Bay of Nice gave a a twinge of sorrow to all when he appeared, towed on a barge before being reduced to ashes in the flames of a brazier, holding his birthday cake as a present towards the open sea.
He bowed out in a huge laugh in front of thousands of spectators attending the cremation of the famous fallen king. “The king is dead, long live the king!” cried the crowd at the end of this glittering gala. Then all heads turned to admire the magical spectacle of of the Colline du Châteauburst in flames.
To close this royal feast, a sumptuous fireworks created by famous Vendéen Jacques Couturier, was offered to the crowd that had gathered outside the waterfront to watch the parade of nine sequences of 55 exquisite sets. A delicious dazzling mesclun, concocted from nine potons arranged in two lines forming a facade of 500 meters. All werer enthralled by this majestic menu served on a silver platter by the city of Nice.

Icing on the cake with thousand candles under the sky of Nice, announcedt with great fanfare, the new king of the 131st edition of Nice Carnival will be the “King of Music”.

See our reports on Nice Carnival Opening, the Day Corso and Flower Parade 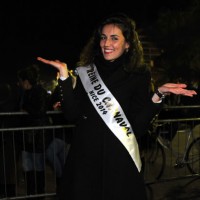 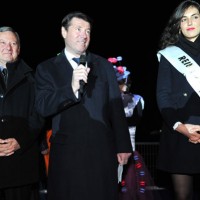 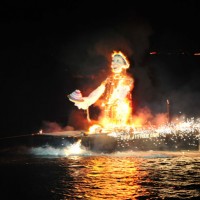 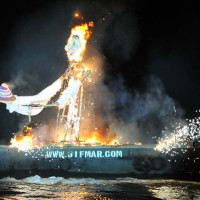 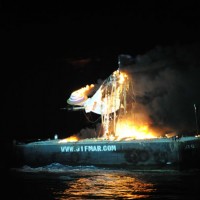 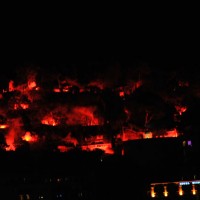 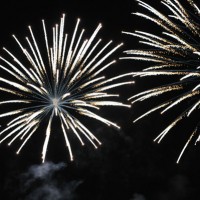 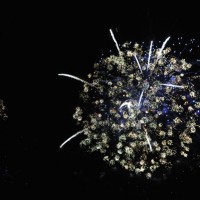 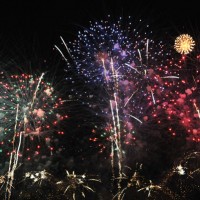