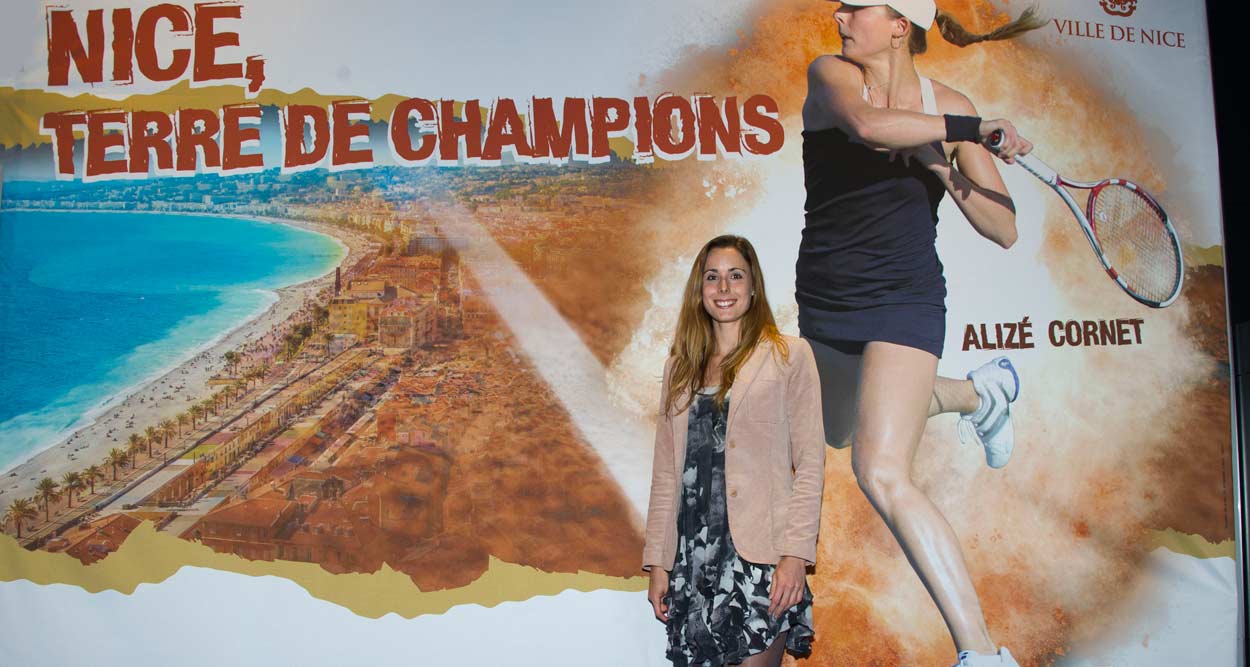 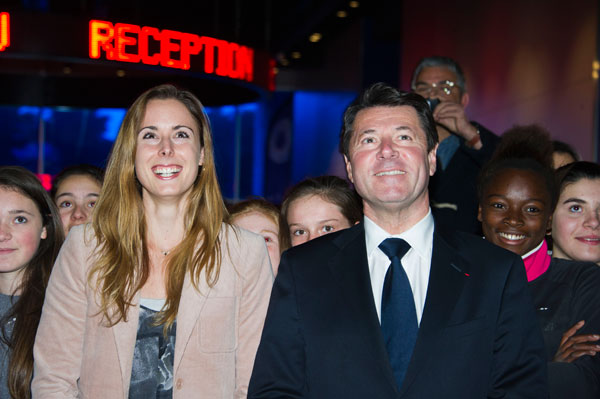 Christian Estrosi awarded the Medal of the City to tennis player Alize Cornet at the Musée National du Sport in Nice to honor her superb ranking at Australian Open.

Alize Cornet celebrated her 25th anniversary in Melbourne with the exploit of a qualification for the third round in the Australian Open after beating the Czech Denisa Allertova – World’s 107th – in three sets. On January 30, 2015, she was presented the Medal of the City of Nice by Christian Estrosi at the Musée National du Sport.

The ceremony chaired by Christian Estrosi, MP-Mayor of Nice and President of Nice Côte d’Azur Metropolis, took place in the presence of her parents and her brother Sebastian. The two coaches who accompanied her rise to fame since 1998, Samir Ladj, Don Bosco’s responsible for the tennis section and Didier Frantz who trained her at the Nice LTC from 2002 to 2005, were also present. 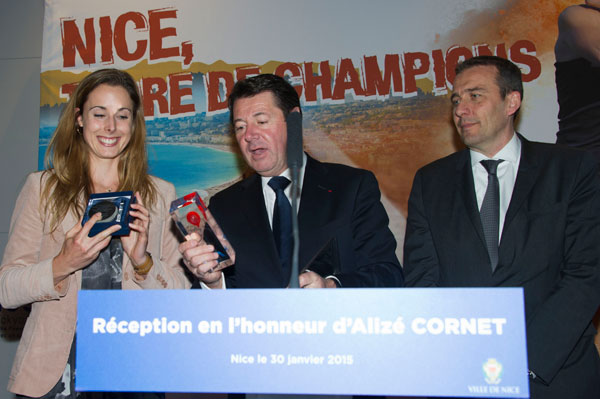 Alizé presented with the Medal of the City of Nice

The French N°1 player and World’s 19th stood out in 2014 by winning the sixth title of her career in Katowice and beating three times World’s N°1 Serena Williams. After a speech filled with emotion, Alize Cornet said she was proud to receive this award in the city where she had been born and raised. She tearfully thanked her family, friends and fans who supported her in both the good and bad times of her career. She recalled she was a child from the popular neighborhoods of the Port and Riquier who, since childhood, fought by the sweat of her brow to live her passion: tennis.

After receiving the medal of the city of Nice, Alize Cornet donated to the Musée National du Sport a tennis attire and the racket with which she has beaten Serena Williams at Wimbledon. A gesture greatly appreciated by Christian Estrosi, a former international champion of Moto GP and sports enthusiast. Alize Cornet then was to join the team of France on February 1st with which she took part in the Fed Cup match against Italy in Genoa. 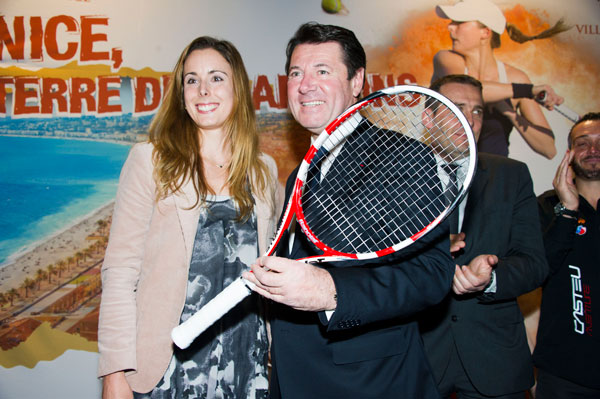 The racket that beat World’s N°1

Alize Cornet began playing tennis at the age of four at the Tennis Club of the Arena of Cimiez in Nice with her brother, Sebastian. In 2004, she won the title of Champion of France of 13-14 years and in 2005 she won the European title of 15-16 years. The striking features of  her career are 6 titles on the WTA circuit (4 singles and 2 doubles). She got into the top 20 in 2008 and then climbed to 11th in the ATP world rankings. In 2014, she won the Hopman Cup with Jo-Wilfried Tsonga.

Alize Cornet belongs to the Team UNICEF France, a group of six major French sportsmen and -women including Renaud Lavillenie, Tessa Worley, Martin Fourcade, Céline Dumerc and Rio Mavuba. All are committed to UNICEF to relay their actions with children. 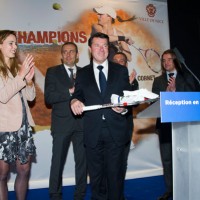 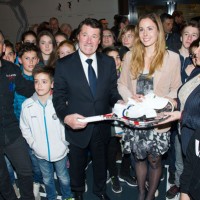 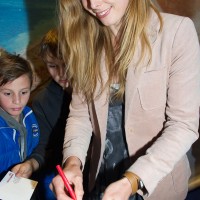