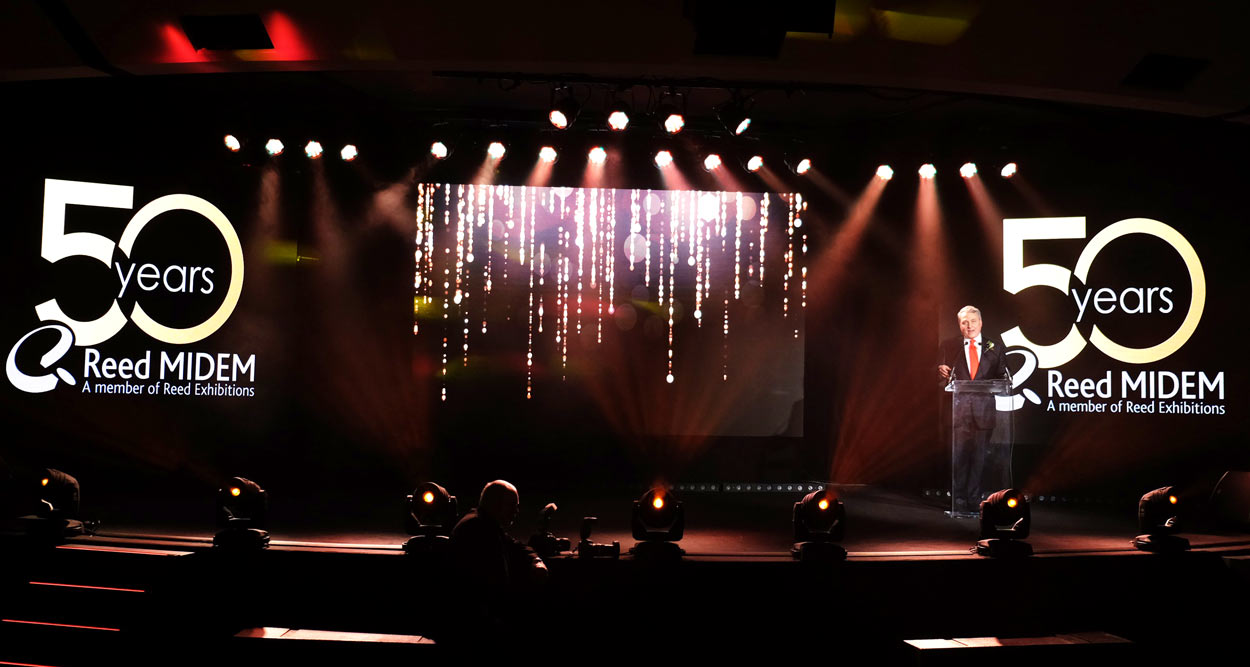 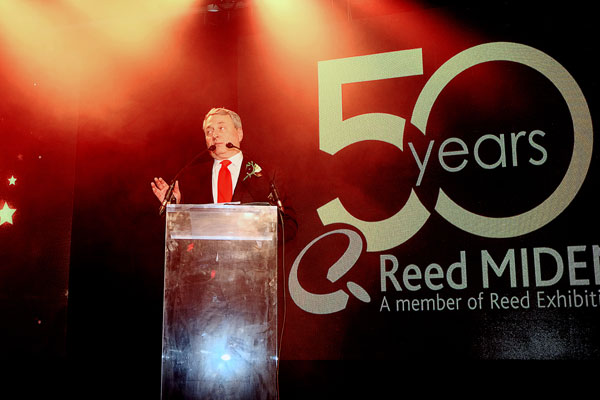 Reed MIDEM celebrated on January 30, 2015, its 50th anniversary in Cannes by treating its local partners to a wonderful party at the Palais des Festivals.

Reed MIDEM’s CEO Paul Zilk and the direction committee wanted their partners in the City of Cannes to celebrate with them the 50th anniversary of the organiser of high-level professional international trade fairs. Hoteliers, service providers, local employees, the staff of the Palais des Festivals, the city’s elected officials and many other local partners were invited to a cocktail party at the Ambassadeurs hall of the Palais des Festivals to blow out the 50 candles.

Paul Zilk highlighted 50 years of links between the City of Cannes and Reed MIDEM and praised the most successful collaboration in providing service to Reed MIDEM’s customer but also to the local economy which heavily depends on business tourism. Paul Zilk traced the evolution of Reed MIDEM in Cannes since its creation in 1965 by Bernard Chevry and the lives of five major international events in Cannes the company organizes which attract more than 60,000 participants each year. 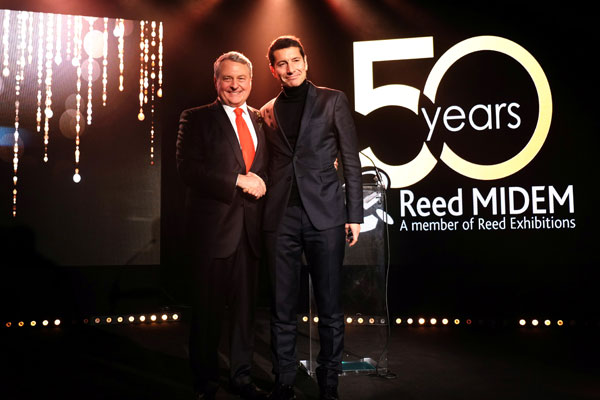 Historical partner of Cannes for 50 years, Reed MIDEM affirms its confidence and deep attachment to the City, based on the reliability of the hospitality professionals and local partners as well as the performance of the teams from the Palais des Festivals.
Paul Zilk said that Cannes offers an ideal setting for its events and his company and the City are working closely together to provide exceptional service to its customers.
Paul Zilk offered a surprise to the audience: a video showing members of the management of Reed MIDEM telling their commitment to the City of Cannes.

The beginning of the 50 years to come

In an inspired speech, David Lisnard, Mayor of Cannes, said that “Cannes would be nothing without Reed MIDEM and Reed MIDEM would be nothing without Cannes”, confirming the close symbiosis between the city and the company. After recalling the strong and lasting relationships established with Reed MIDEM and praised the work of Paul Zilk, the Mayor of Cannes promised that everything would be done to ensure that Cannes and the tourism sector of the city continues to offer the best to accommodate delegates, in favor of employment and activity.
He concluded his remarks by saying: “This evening marks the beginning of the next 50 years of collaboration between Cannes and Reed MIDEM!” 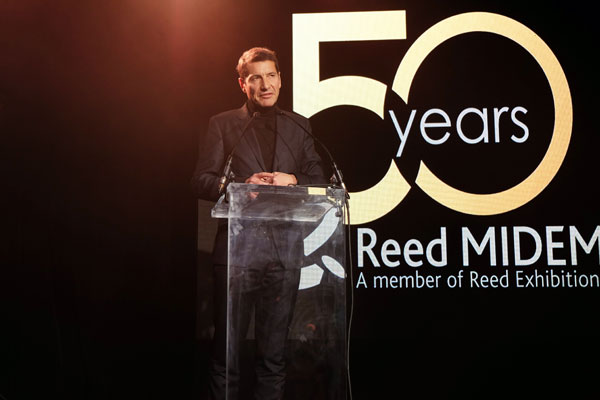 The guests and local partners gathered around sumptuous buffets prepared by the chefs from great palaces and prestigious caterers. The chefs presented on stage the gorgeous birthday cakes, rivaling in creativity in honor of Reed MIDEM’s 50 years milestone. The evening continued with music.

Reed MIDEM, a subsidiary of Reed Exhibitions, the world leader in events organization, annually organizes five fairs in Cannes: MIDEM, MIPTV, MIPIM, MIPCOM, MAPIC. They are unavoidable trade shows in the international calendar of the music, television and real estate industries.
In 1965, Bernard Chevry founded MIDEM Organisation and the MIPTV, founded in 1963, moved to Cannes. First hosted in the former Palais des Festivals in the middle of la Croisette, it quickly became an international success, uniting a growing community of international TV professionals.
In 1989, MIDEM Organisation was acquired by Reed Exhibitions and took the name of Reed MIDEM. For 50 years Reed MIDEM has been at the heart of the innovation that shaped the future of television, music and real estate. 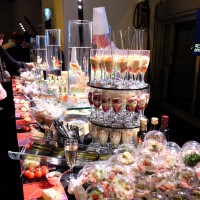 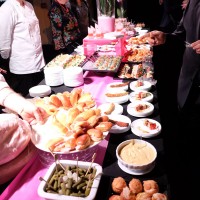 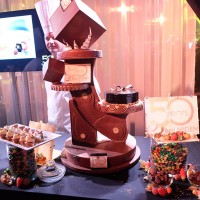 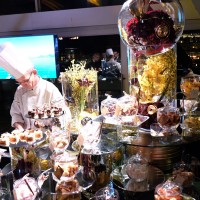 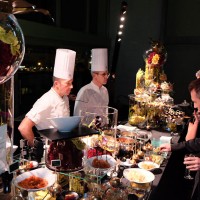 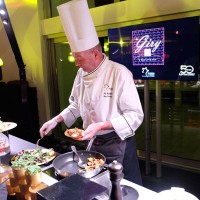 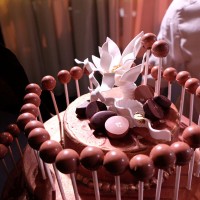 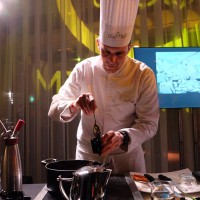 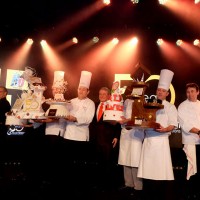 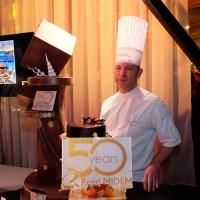 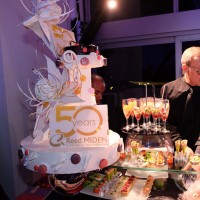 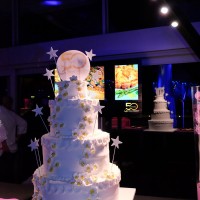 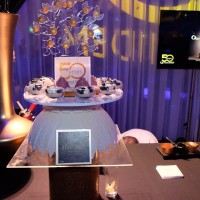 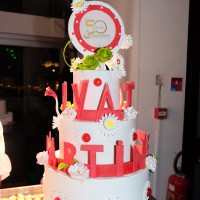 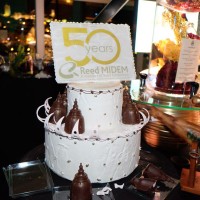 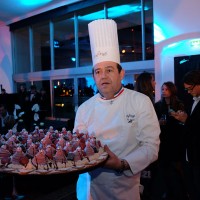 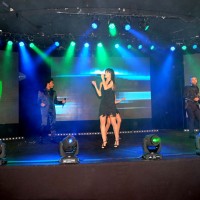