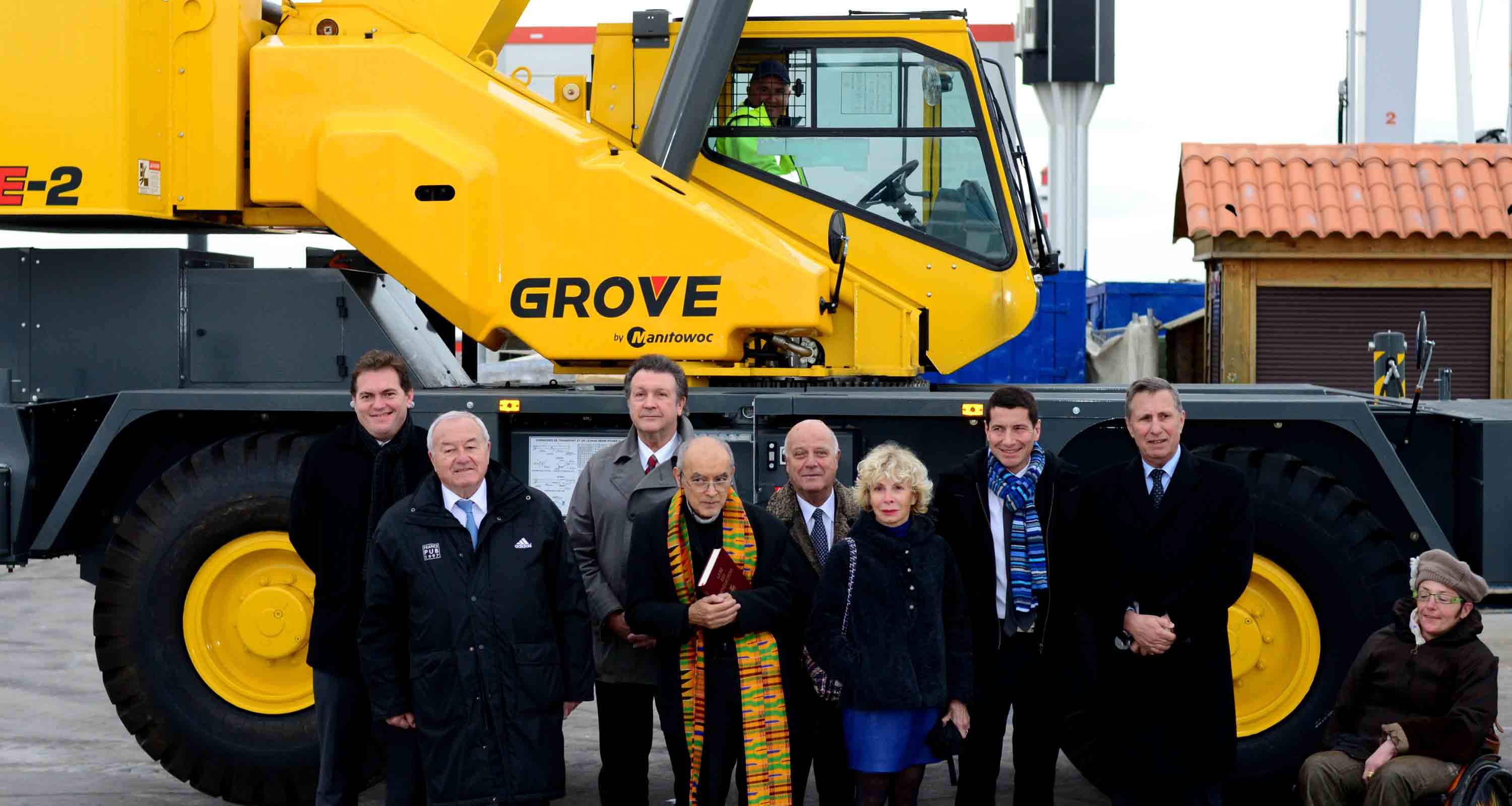 The careening area of the Old Port of Cannes now has a new 30-ton mobile crane inaugurated on January 23 by Bernard Kleyhnoff, President of the CCI Nice Côte d’Azur.

The inauguration ceremony was attended by Mr. Bernard Brochand, Mayor of Cannes and his first deputy, Mr. David Lisnard, the President of the Port Council, Mr. Philippe Tabarot, and Cannes elected officials as well as yachting professionals from the Cannes area.
The new crane of the careening area can handle vessels up to 30 tons. This new equipment is complemented by the acquisition of an elevating work platform that will be used for work at height.
A new equipment to be used by professionals of careening and boaters customers in this same area, offering an additional service at an affordable cost. The investment of € 300,000 required for the careening activity of the Old port of Cannes was fully funded by the Port.
The old port of Cannes wanted to acquire these new tools to offer its customers a solution for them to careen their smaller boats. The mobile crane can handle boats between O and 30 tons; its 29-meter boom allows greater flexibility of operations (eg discharge of lifeboats, matting / dismasting operations). The new crane features the latest technologies, such as assistance in lifting, handling flexibility, anemometer….
The Manitou dual-energy (electric/thermal) elevating work platform allows work at height such as maintenance of facilities and equipment of the port and work on hull or mast.

During his speech, Mr. Bernard Brochand welcomed the good collaboration between Cannes and the CCI, managing the Old Port of Cannes. He referred to the restructuring of the Quai Saint Pierre, the requalification of Quai Albert Edouard, the reinforcement of the Quai du Large… He said: “Cannes, capital of cinema, can and must play a role nationally and internationally, thanks to all the new infrastructure and high quality amenities in the city and its ports.”
Mr. David Lisnard recalled that “it was important that the Old Port of Cannes never forgets where he comes from: a fishing port whose maritime vocation must be saved.”
In the maritime tradition, as is customary for vessels, the new acquisitions were blessed by Father Gauthron “in the name of religious faith of all traditions, but also of human faith.” 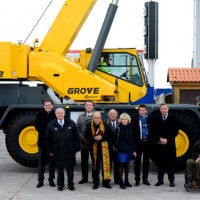 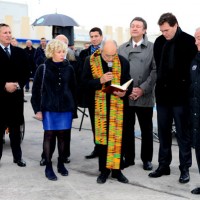 Blessing of the crane 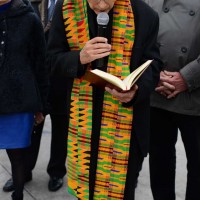 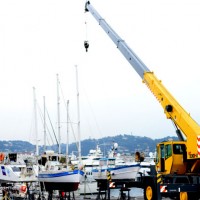 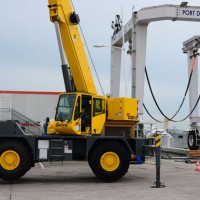 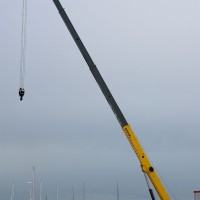 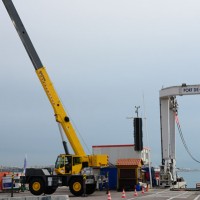 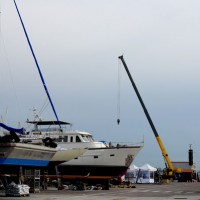