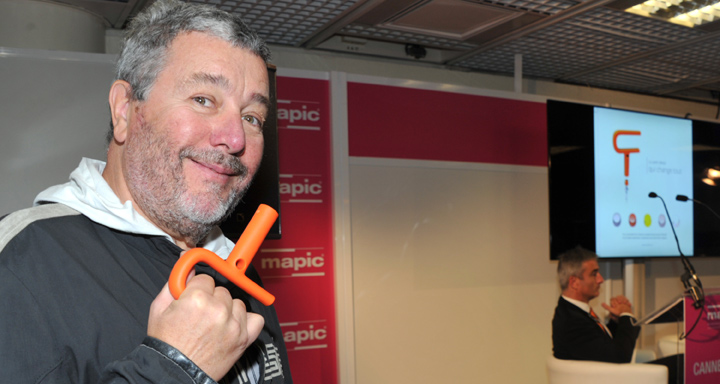 World-famous French creator and designer Philippe Starck came to MAPIC 2013 to present his new baby “Bacacier by Starck”, an exterior luxury facade covering concept to be be used for future malls, co-developped with Bacacier, a French group specializing in metal sheets for buildings.

At a conference entitled “Reinventing the metal-cladding of the building”, Philippe Stark told his passion for walking in cities. Unfortunately, his eyes were often confronted with the ugliness of ageing building facades, and he, the aesthete, could not bear the idea that an architecture be abandoned. The desire to breathe life into these buildings is realized with the encounter with Mr. Vigouroux, who also had in mind the desire to overhaul the image of a building at a lower cost.
Bacacier’s Jean-Christophe Vigouroux explained that it was not simply an issue of engineer: “We needed a comprehensive consideration, we did not want a luxury or a limited series product, we wanted to imagine a widely spread standard. Philippe Starck has listened to us, he agreed to share a long-term industrial adventure. Three years later, we are proud to unveil a new approach to the metal cladding of the building that allows architects to single out their buildings to reduced costs by offering them the opportunity to mount and remount the building without drilling or modify their integrity.”
Philippe Stark explained during the presentation that the new siding that he had developed with the company Bacacier is a giant, enormous and endless meccano-set which varies imprints, landforms, materials, colors: “We made a meccano-kit that will be an amazing tool for all architects, a major development for the architecture and construction.”
A novel solution to dress buildings with a traditional pose. While respecting the rules of siding, the Bacacier 3S range sheets boast a technical innovative manufacturing. The method of installation does not differ from that of more conventional siding with the same materials, stands and the same insulation.
The system developed is composed of a series of metal sheets, of revolutionary screw – wielded thanks to an orange plastic tool created by Stack – and removable accessories with perpendicular lines.
Throughout his career, Philippe Starck was mainly devoted to the creation series of consumer products with his concept of democratic design, to reduce cost, increase quality for dissemination of his creations to the public at large. This concept will not be intended for the luxury market, but for large-scale distribution. The price of the siding was estimated by Bacacier at 90 € per square meter. It will allow small businesses and start-ups t access to the design and construction by streamlining their operations.
Philippe Starck concluded his conference by these words:”It’s one small step for siding and a big step for the economy.”

Philippe Starck is one of the world’s best known contemporary French designers. Many companies appeal to him either in food industry, technology, transportation, furniture, aeronautics. His creations are exhibited in the collections of many European and American museums. Philippe Starck has received many awards and distinctions.He was the first French invited to participate in the famous TED conference (Technology, Entertainment & Desig), joining renowned speakers such as Bill Clinton and Richard Branson. 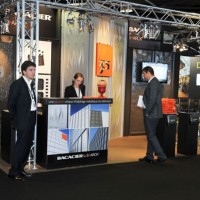 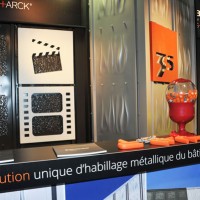 Examples of Bacacier siding on booth 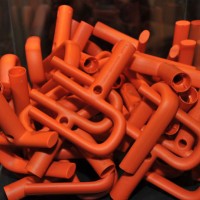 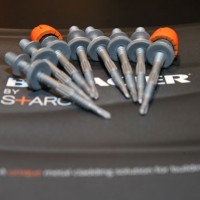 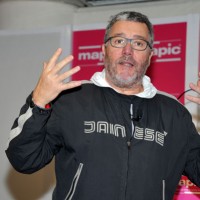 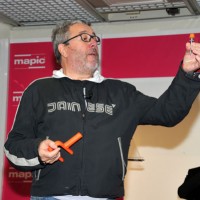 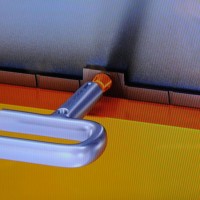 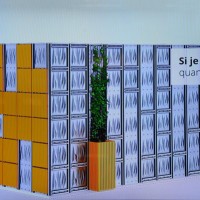 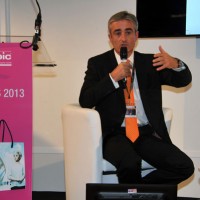 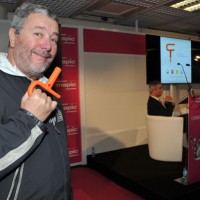 The genius of a creator