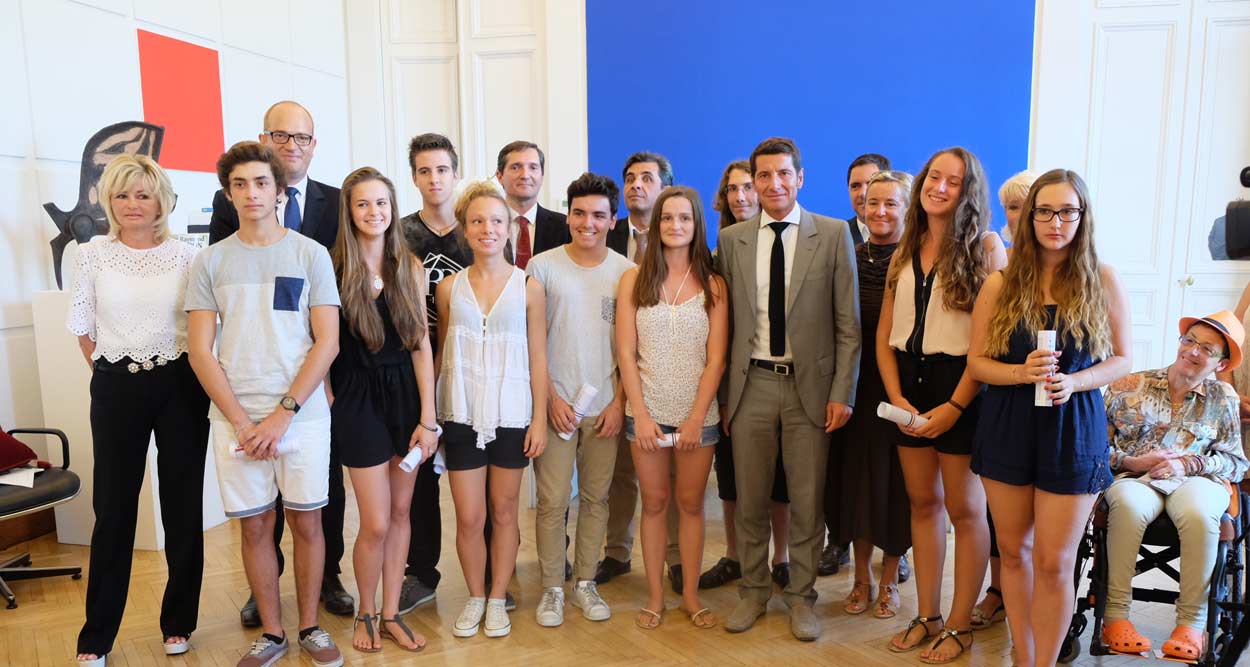 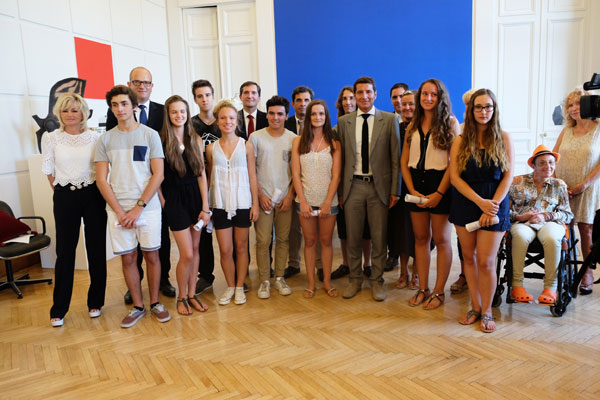 The Cannes Award for Educational Excellence was presented on August 21, 2015, by the Mayor of Cannes David Lisnard to the city’s students who excelled in their studies.

While the government has decided to reduce the merit award, David Lisnard, Mayor of Cannes, Vice President of the Alpes-Maritimes Council, responded by awarding the Prix Cannois de l’Excellence Educative (Cannes Award for Educational Excellence). Despite a difficult economic climate when public money is scarce and the tax burden difficult to manage for municipalities, this symbolic act is to prove how important it was to reward and encourage deserving graduates, holders of secondary diplomas.

A scholarship of merit

Today, many students are struggling to finance their higher education. These financial difficulties often weigh in their orientation and in their success in higher education. That is why the Mayor of Cannes wished to maintain and expand the Cannes Award for Educational Excellence. Awarded by the municipality, this prize is a real Graduate Scholarship. 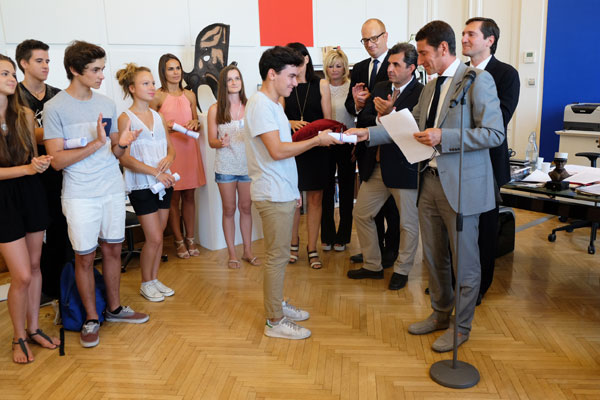 The Cannes Award for Educational Excellence rewards students who have distinguished themselves in their studies. This year, it was presented to nine laureates who received the mention “Very Good” in 2015 Baccalaureate from High Schools Carnot, Stanislas, Jules Ferry, Bristol and Audiberti in Nice. The selection was based on social, educational and excellence criteria.

The the most engaged Cannes students

The Prix Cannois de l’Excellence Éducative, whose amount varies from 500 to 3,000 euros per beneficiary, is an exceptional assistance rewarding the candidate’s excellence in review process. The sum allocated to each of them is defined by a panel of elected personalities, of the Director of General Services and school principals. The merits with respect to a personal circumstances and the post-Baccalaureate project is also taken into account.
The Prix Cannois de l’Excellence Éducative also helps encourage the most engaged students to keep up with their efforts, to support access to the chosen excellence training and enhance their development.
Almost 70 young people have benefited from it and fund their education through this award created in 2006 by the City of Cannes. 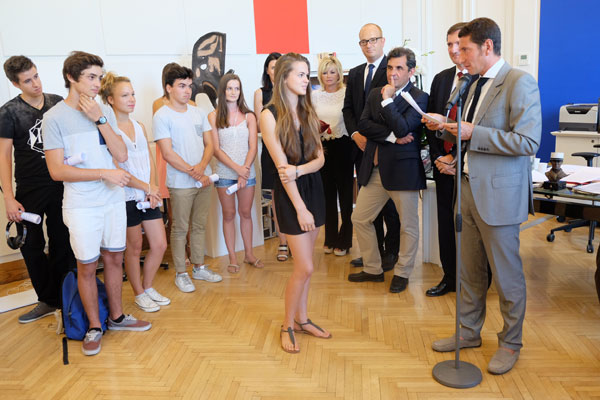 Passport of good conduct for youth

In continuation, the Municipality is also pursuing its commitment in favor of the youth autonomy and is assigning, since last July, a fund for the Driving License for 18-25 years. This contribution represents a significant support for obtaining the license which is essential today to get a first job or access to training. 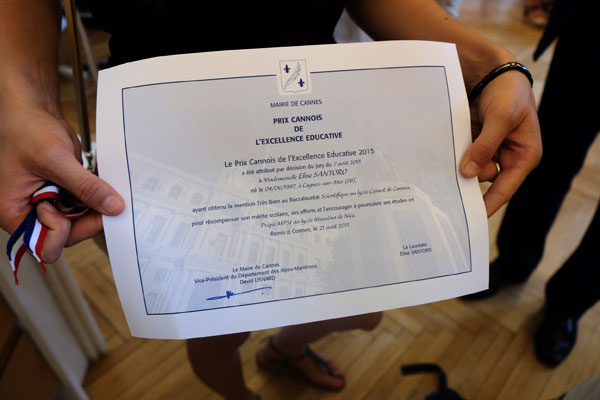