As a world premiere at Cannes Film Festival, S. Pellegrino’s Trattoria Al Mare turned the Bay of Cannes into a gastronomic restaurant under sun or stars.

Official Partner of the Cannes Film Festival since 2010, S. Pellegrino innovated this year with the second part of the Trattoria S. Pellegrino saga, adding the Mediterranean as a new ingredient to its successful recipe.
From May 15 to 19, the most sought-after VIP lunches and dinners on the Croisette took place on the dancing blue waters of the Bay of Cannes. As a world premiere, the tables of two major starred chefs were set up on boats for an exceptional gastronomic experience.
With S. Pellegrino’s Trattoria Al Mare, the gastronomic table sailed the sea off Cannes, embarking two to four guests for a “croisière gourmande”, offering exceptional views of the Lerins Islands, with sunset as a bonus for dinner. With this experience, S. Pellegrino combines two values ​​it holds dear: gastronomy and Italian lifestyle, in the unique setting of the Bay of Cannes.

Four-hands gastronomic meal on the waters

In keeping with the tradition of the Trattoria S. Pellegrino, a sophisticated ephemeral restaurant launched in 2010 in honor of renown Italian chefs, the brand was back this year by offering a unique dining experience: the S. Pellegrino Trattoria al mare.
Deeply rooted in haute cuisine, S. Pellegrino challenged two chefs, Italian Marco Stabile and French Alain Llorca, to imagine an exceptional menu that was served to nearly 400 guests during the event. A sterling four-hand work  in which the two chefs expressed their talent by revisiting the best Italian and French dishes. The whole meal course was served with the official water of the Festival, the “special Cannes” S. Pellegrino bottle. Guests were treated with Champagne Piper-Heisdick for aperitive of for whole meal, or could savor delicious Tuscany Pinaud Noir red wine Fortuni brought by Marco Stabile.

Both chef came on boat to visit and greet each of their guests, garnering many compliments on their cuisine.

Symbol of the Italian art of living, S.Pellegrino brightens the major tables worldwide with its fine sparkle that perfectly accompanies the finest dishes. Drawn at 500m of depth, after a long journey into the heart of the Italian Alps, S. Pellegrino natural mineral water finds its source and character in Lombardy, in the village of San Pellegrino Terme, located 23 km from Bergamo. S. Pellegrino is harmoniously mineralized and its fine bubbles delight all those for whom the Italian art of living is synonymous with gastronomic pleasures.

S. Pellegrino is the official water of the Cannes Film Festival since 2010. It accompanies all official lunches and dinners throughout the fortnight. For this 67th edition, 80,000 bottles will be distributed in over 40 must-see places of La Croisette. 30 million bottles of S. Pellegrino “special Cannes” edition will be produced this year and served on tables and shelves at the end of April.

Alain Llorca is one of the iconic chefs of gastronomy in the South, greatly participating in the reputation of the French Riviera. One of the pillars of contemporary Mediterranean cuisine, chef Llorca has a passion for cooking since childhood. For eight years, he studied at Hotel Negresco in Nice where he forged his skills, refined his personality and expressed an extraordinary sense of creativity. Recognition arrived with honors from Michelin guide, which gaves him two stars in 1996. In 2004, he became a worthy successor to Roger Vergé at Le Moulin de Mougins. In 2007, he launched in Vallauris an innovative concept of quality bistronomie, the Café Llorca. Today, chef Llorca welcome his guests in his restaurant opened in 2009 in La Colle-sur-Loup, close to Saint-Paul de Vence, one of the most beautiful villages in France.

A young chef from Tuscany, Marco Stabile trained by working in some of the best Italian restaurants, including the famous Baghino in Prato, Il Paese dei Campanelli or Il Chiasso dei Portici. Before opening the Ora Aria, of which he is both resident chef and co-owner, he proved his excellency at  Arnolfo  in Colle Val d’Elsa (2 Michelin stars), as the right-hand man of the incomparable Gaetano Trovato.  Marco also gives cooking classes in some of the most famous Italian culinary schools like in Jesi, or in Montecatini Terme and at the Academia del Gusto in Arezzo. From 2009, he became a member of the prestigious Association Young Restaurateurs of Europe. He received his first Michelin star in November 2011. 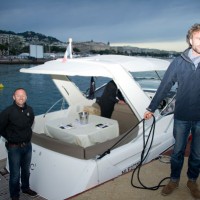 Embarking for a gourmet cruise 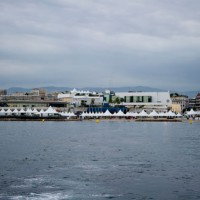 festival de Cannes from the sea 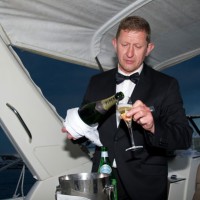 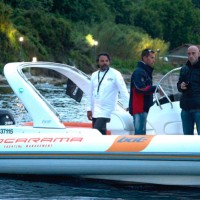 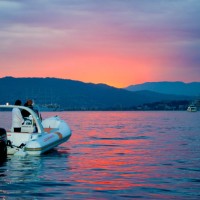 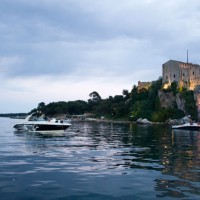 In front of Sainte Marguerite island 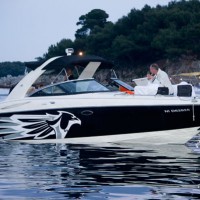 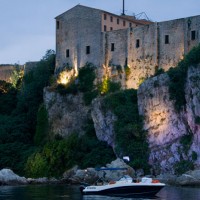 At the foot of Fort Royal 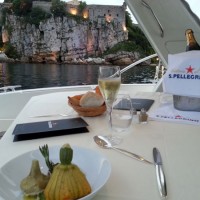 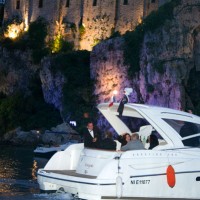 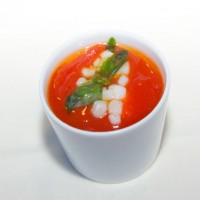 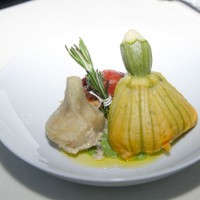 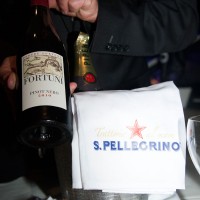 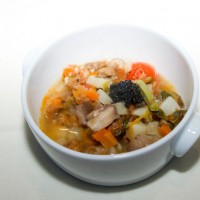 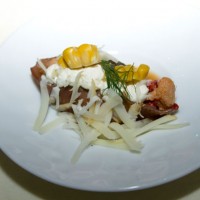 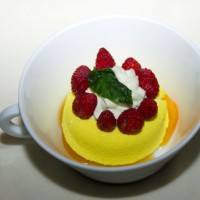 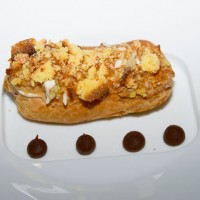 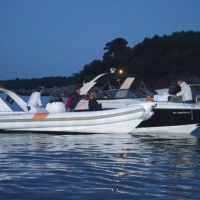 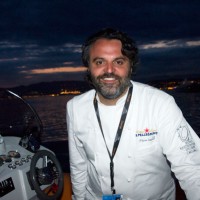 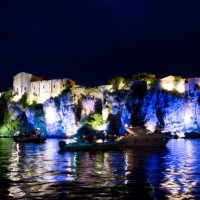 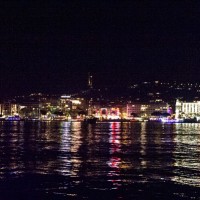