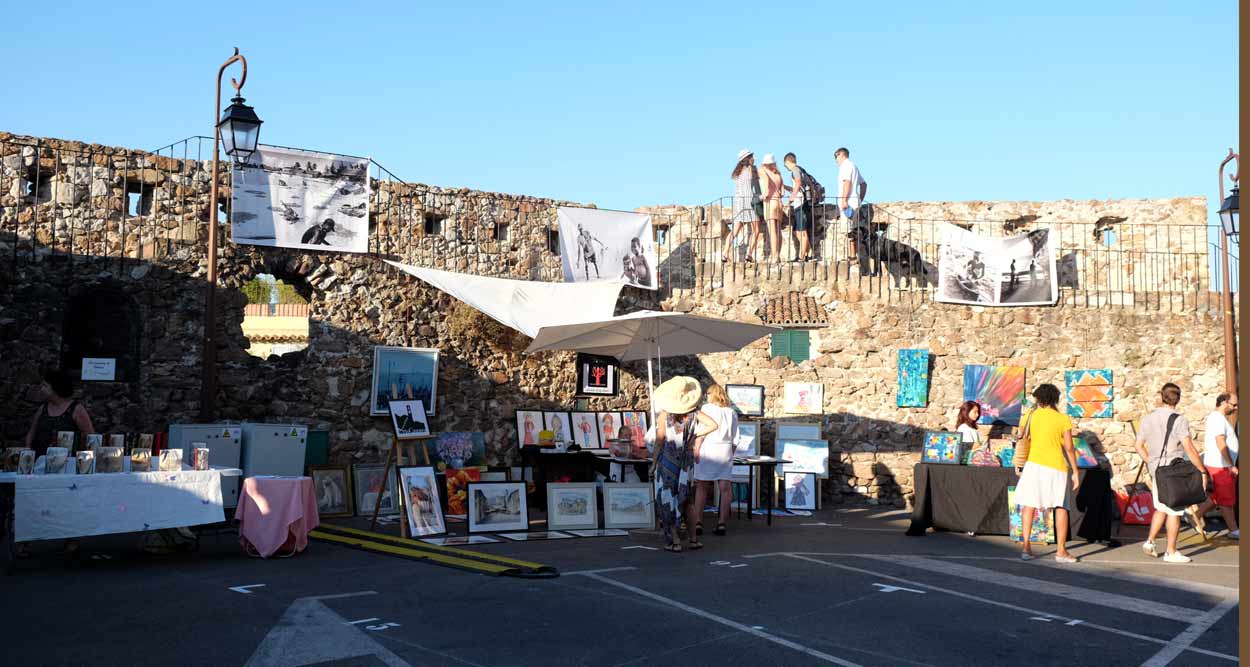 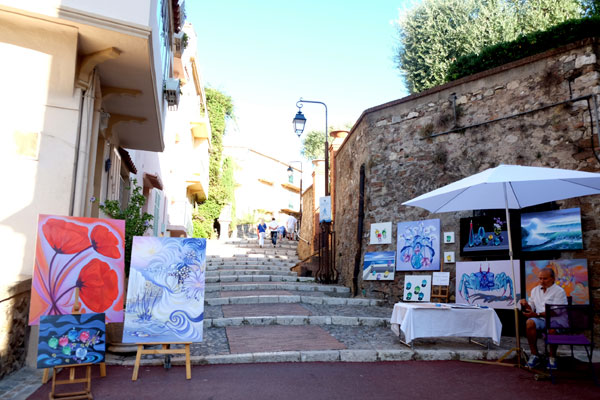 The second edition of Le Suquet des Arts has been exhibiting Art in all its forms for three days in the narrow streets of the old town of Cannes.

From Friday 28 to Sunday, August 30, the Suquet des Arts was spread in the heart of the historic district of the city of Cannes, from the Rue du Mont-Chevalier to the Place du Suquet, investing the tortuous and picturesque narrow streets coiling around the citadel.
For three days, the picturesque village of Le Suquet, nestled on the hillside overlooking the City of Festivals, gave pride to Art in all its forms: painting, photography, sculpture, concerts, theater, street arts, visual arts workshops, circus arts, floral art, jazz and medieval music, fashion show, dance, guinguette, etc. 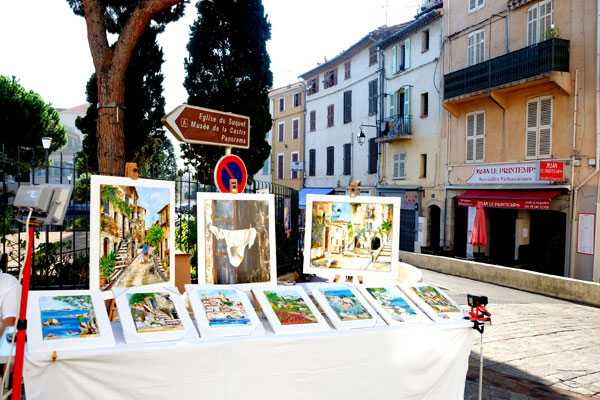 Le Suquet des Arts, a popular, original and authentic event, showcased the work of artists from Cannes and mobilized the cultural associations. The festive event has instilled a remarkable cultural dynamics to the City and also boosted local trade in the historic district of the city.
For its 2015 edition, during the last weekend of August, the many visitors could make a real initiatory journey of Arts through the old town of Le Suquet. The streets have been transformed into open-air art galleries and stages, and the residence Le Suquet des Artistes was freely available. The residence “Le Suquet des Artistes”, inaugurated on last July 24 by David Lisnard, mayor of Cannes, provides the opportunity to Cannes artists to live their passion throughout the year and opens its doors to the public one weekend per month.

Across the rue du Pré, the Suquet des Arts visitors could admire, along a row of stalls, some colorful paintings mounted on easels, decorative paintings and clay sculptures.
After climbing to the Place de la Castre, Art lovers were happy to take a refreshment at the funny gourmand triporteur, Veronique Leclercq‘s “rolling café”.
Then, in front of the church of Notre Dame de L’Espérance, from which came a rain of light notes by Bach and Mozart, everyone could gaze at length  upon the panorama opening on the city of Cannes and the Vieux Port, or listlessly linger before the displays of varied works, from customized Tee-Shirt to figurative paintings by the members of the association Arts Cannes. 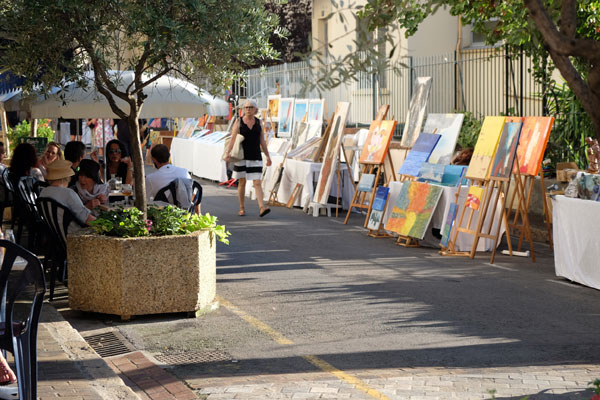 In the courtyard of the Residence des Artistes, the visitors could watch a beautiful cultural “live” experience with artists Gregory Berben and David David who painted in public two cows in resin. This performance was a preamble to the future first Cow Parade traveling in France – Transhumance – which will come in Cannes from October 1 to November 15, 2015, in partnership with the cities of Paris and Deauville.

Cultural entertainment for all

During these three days dedicated to the Art of Cannes, the public at Suquet des Arts could attend jazz and medieval music concerts. The children were also of the party, through workshops and performances dedicated to them all afternoon. Finally, the featured event of this end of summer ended under the sign of an art so dear to the city of Cannes: Cinéma, with the screening Place de la Castre of the film Moulin Rouge as part of Ciné Quartier. 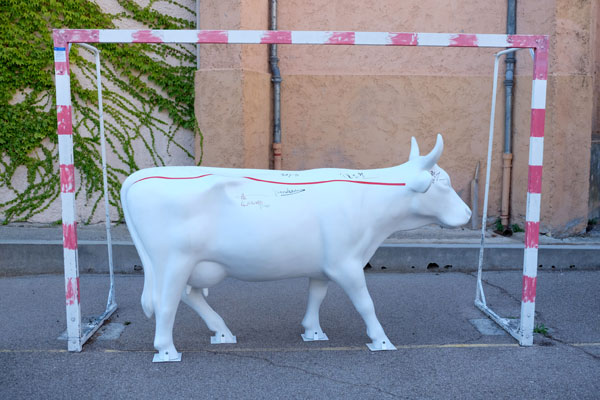 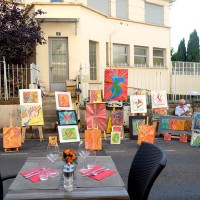 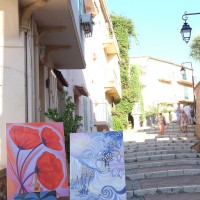 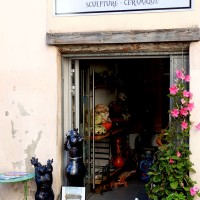 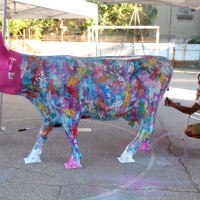 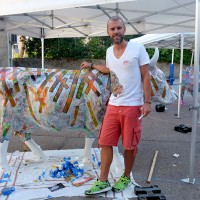 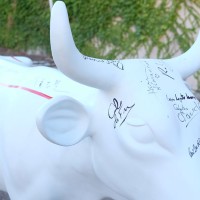 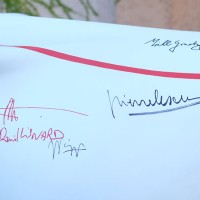 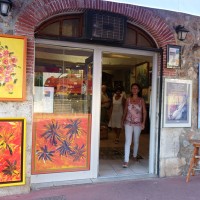 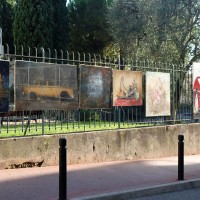 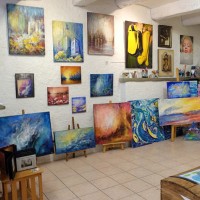 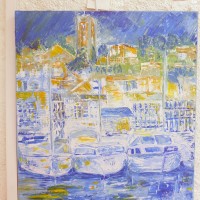 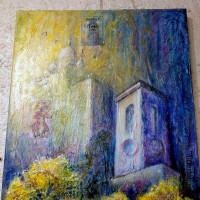 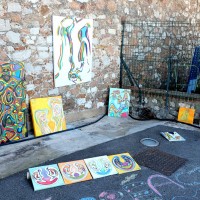 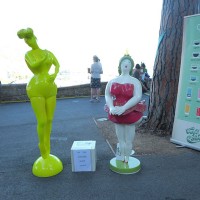 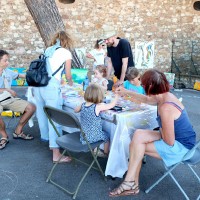 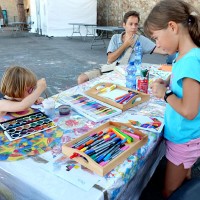 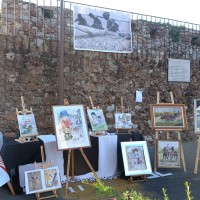 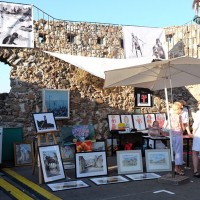 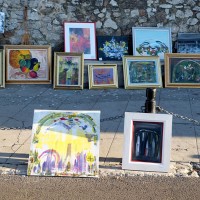