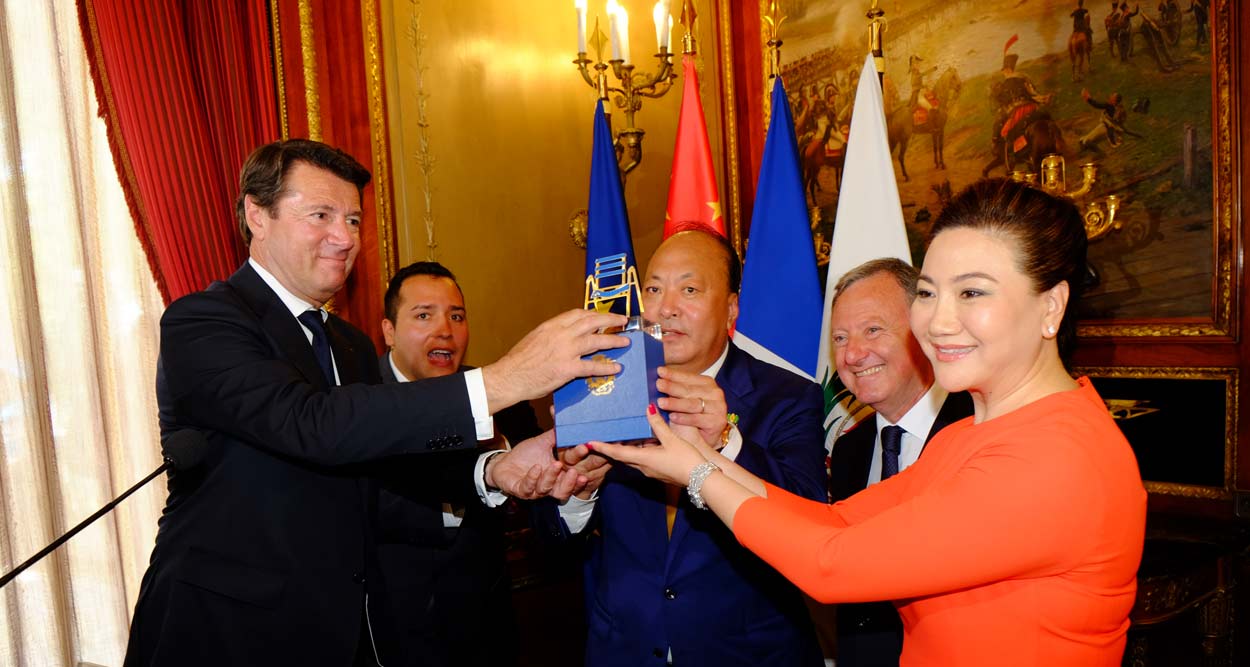 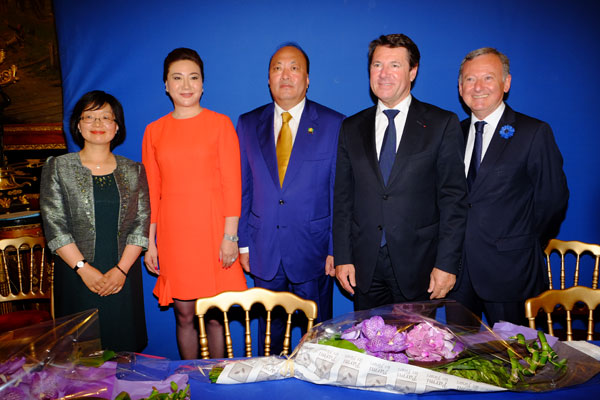 Christian Estrosi, MP and Mayor of Nice, President of Nice Côte d’Azur Metropolis, welcomed the largest delegation ever hosted in Europe, came to celebrate the 20th anniversary of Tiens Group. The pharmaceutical company, one of the largest in China, that operates in more than 140 countries, arrived on the Baie des Anges, with 6,500 delegates, for a weekend of exceptional festivities.

China’s Tiens Group has retained Nissa La Bella, its Baie des Anges and its ambitious event politicy, to celebrate its 20th anniversary. On this occasion, Christian Estrosi hosted a delegation of 200 executives from the company at Villa Massena. The delegation was led by Mr Jinyuan Li, President of Tiens Group, Ms. Ping Bai, Group’s Director and the Chinese Consul General in Marseille, Ms.Yu Jinsong. This event was also an opportunity to close the fiftieth anniversary of Sino-French diplomatic relations. 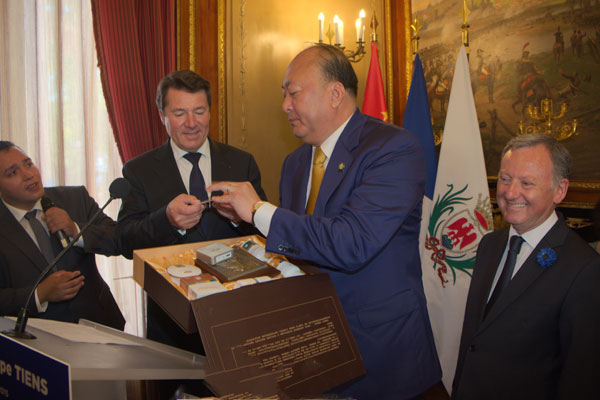 The reception of the delegation of Tiens Group, bringing together thousands of tourists, represented 141 groups of 46 people, 84 flights to France, 79 hotels (4 and 5 stars) reserved between Cannes and Monaco, or 4,760 rooms booked for 2-5 nights, and 146 buses and vehicles for transportation. A huge convention was held at the Nikaia with 10 giant screens, closed with a water, land and air show mobilizing 70 vehicles, 40 boats and 5 aircrafts.

Many exchanges throughout the year

Nice became the first French destination visited by Chinese after Paris. The twinning with Hangzhou and Xiamene leads to many exchanges throughout the year: a tour of the Nice Méditerranée Opera Ballet in Hong Kong and Xiamen in May 2014, a tribute in Nice to Chinese sculptor Li Xiaochao “From Chang’an to Nice villages in the Côte d’Azur ” and the big show of the Chinese New Year Nice with over 500 young Chinese artists hosted in 2014. Hangzhou was the guest of honor at the 2014 edition of the Nice International Fair. 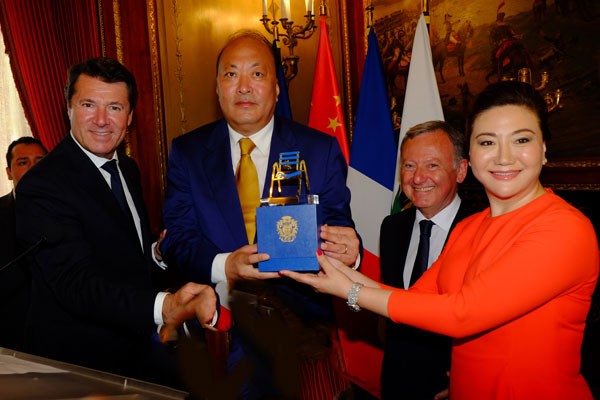 Long friendship between the two peoples

Christian Estrosi spoke of the history of both countries: “On January 27, 1964, France was the first Western power, member of the UN Security Council, to recognize the People’s Republic of China, a visionary gesture of General de Gaulle. 50 years later, your country is the world’s largest economy in terms of purchasing power, ahead of the United States, according to figures from FMI. Nice has played its full part in the dialogue developed over half -century between China and France.”

The Tiens Group will have registered in the Guinness Book the world record for the largest phrase ever made by human visible from the air, made possible with all the participants of the Convention and the assistance of Nice people that will help to draw on the Promenade des Anglais each letter of this beautiful message: “Tiens’Dream is Nice in the Côte d’Azur.” 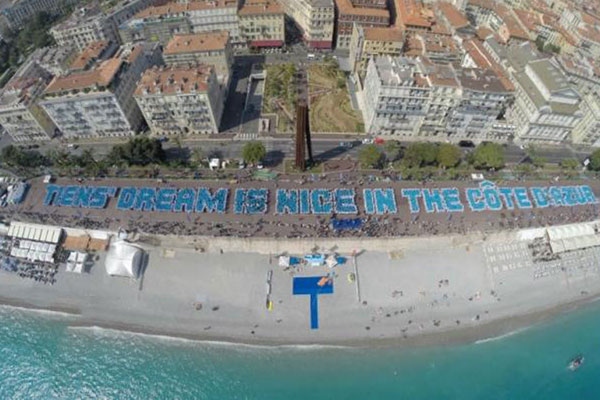 Christian Estrosi said: “I am particularly glad that the Tiens Group has chosen Nice for its convention. I’m sure the thousands of participants in the rally have been seduced and will turn into ambassadors of our city once back home. The Deputy Mayor finally invited the Chinese to participate in the European Masters Games to be held next October and will bring together over 10,000 athletes from all countries. 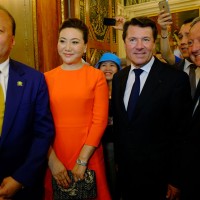 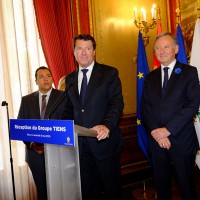 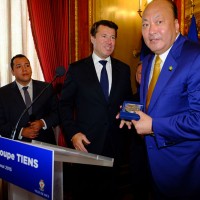 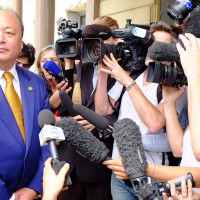 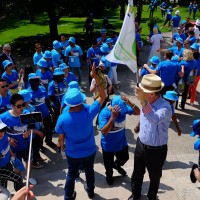 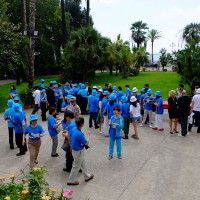