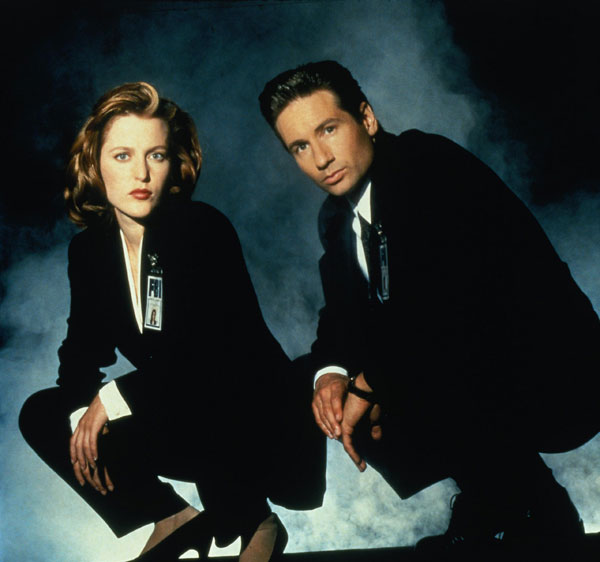 X-Files are back! At MIPCOM 2015, Chris Carter presented in world première the first episode of the season 10 of the iconic American-Canadian science-fiction series.

After thirteen years of absence, the American-Canadian science fiction cult series of the 90s, leaving regret for 202 episodes over nine seasons, the iconic X-Files produced by Fox are back. The first episode of season 10 was screened in world première at MIPCOM 2015 in the Grand Auditorium of the Palais des Festivals in Cannes, attended by Chris Carter, the creator of the series. The sequel to X-Files includes 6 episodes that will be aired late January, 2016 in the US.

X-Files: at the boundaries of reality

Upon arrival, MIPCOM participants attending the premiere screening of X-Files, were turned into FBI Special Agent and adorned with  a badge, working the time of the projection for the FBI.
When they entered the huge hall of the Palais des Festivals in Cannes, a familiar, heady whistling, men in black suits crisscrossing the stage, some synth notes signed Mark Snow, immediately transported the audience into the universe of the cult series of the 90s.
After the pleasure of hearing the original title music  – greeted by thunderous applause – the audience had the pleasure of reconnecting with the two main characters, Mulder and Scully. From the start of the screening, the audience was immediately immersed in the new universe of X-Files. The screening ended with the presence of the director Chris Carter for a series of questions and answers. 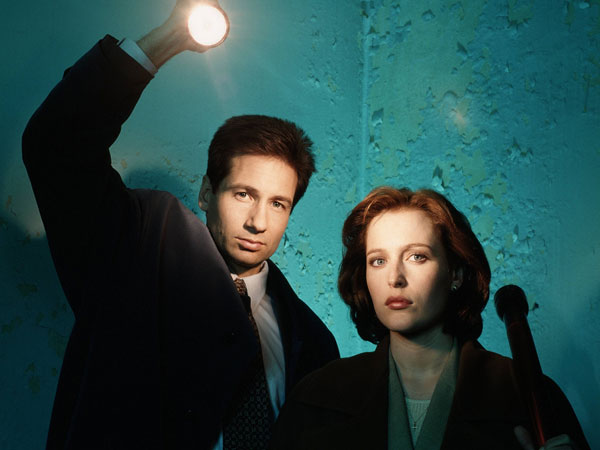 The magic is sill there

After 202 episodes, nine seasons and thirteen years of absence, the two FBI special agents are coming back to service for six episodes denser, richer, and even darker than its predecessors. X-Files Season 10 is to be broadcast from late January 2016 in the United States and a few weeks later on M6 in France.
The first episode brings together a cast where fans can find or get to know William B. Davis, Robbie Amell, Annabeth Gish, Lauren Ambrose, Rhys Darby and Joel McHale as well as all the usual ingredients: paranormal phenomena, monstrous creatures, aliens, and the cigarette smoking man, which has made the beautiful evenings of the series fans.

A series combining science and paranormal

The cult series that could have been out of step with the times, has not aged and perfectly fits with the current geo-political context and religious terrorism. Agent Scully is now a surgeon while Mulder is still obsessed with “aliens”; their relationship is still ambiguous.
This first episode features the legendary duo Fox Mulder (David Duchovny) and Dana Scully (Gillian Anderson). They are contacted by a televangelist (a new character in the series). He asks them to examine the case of a woman who claims to have been abused and fertilized by aliens. Mulder and Scully will agree to reform their duo of investigators to elucidate this troublesome story.
The episode provides a little nod in the series to President Obama who makes a furtive appearance.
While solving unsolved cases involving paranormal phenomena, Mulder continues to search for his sister, Samantha, he believes was kidnapped in his youth by aliens. 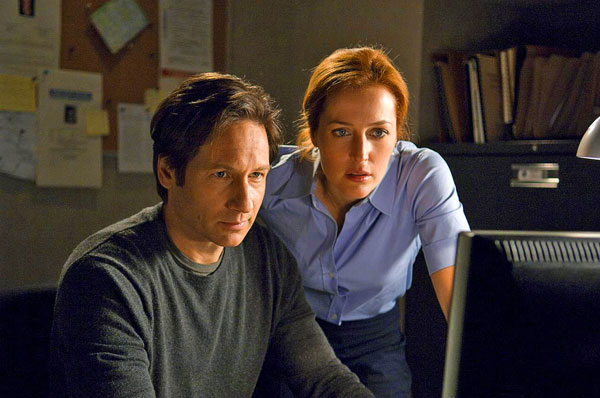 MIPCOM and MIPJunior is the largest annual global market for entertainment content across all platforms. In autumn, the key players in the TV industry meet in Cannes to shape up a new world of entertainment. During one week of meetings, screenings and conferences and through to a varied and ambitious program, many partnerships generate numerous opportunities for production agreements.