You Can Find Everything at the Foire Internationale de Nice

The 69th edition of the Foire International de Nice (International Fair of Nice) opened its doors on March 9. The fair was inaugurated by Mr Christian Estrosi, Deputy Mayor of Nice and President of Nice Côte d’Azur Métropole and Eric Ciotti, MP, President of the General Council of the Alpes-Maritimes, surrounded by many personalities. 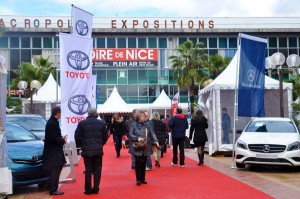 From March 9 to 18, on 28,000 sqm of exhibition, divided over 3 sites, the Palais des Expositions, the Esplanade de Lattre de Tassigny and the Acropolis Palais des Congrès, visitors can take a fascinating journey between reinvention of everyday culinary, household and decorative objects, gastronomiy, exterior original furnishings or innovative and technical materials in the building part of the show. With a special mention for the unusual attraction offered by the Air Force, the Jaguar simulator that allows visitors to fly over the city of Nice in a military aircraft. Note also a stand in the colors of the 7th Francophonie Games being hosted in Nice in September 2013, and several major projects that will shape our future territory are presented, such as the new green corridor, the Allianz Riviera stadium or the new Thiers station.
Finally, the tradition of welcoming of the Alpes Maritimes provides an opportunity through the International Fair of Nice on the French Riviera to discover the Jura honored with its natural beauty and delicious cuisine. 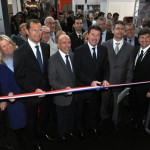 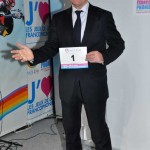 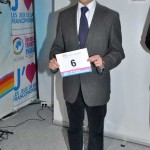 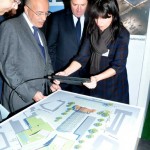 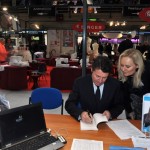 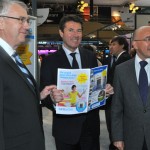 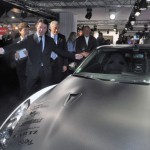 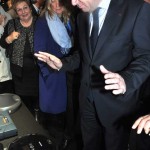 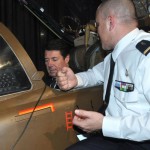 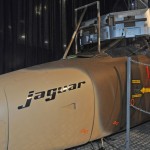 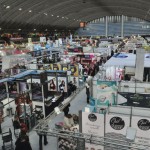 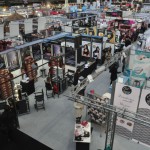 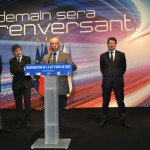 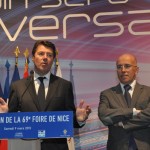 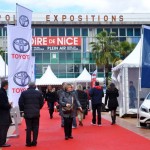 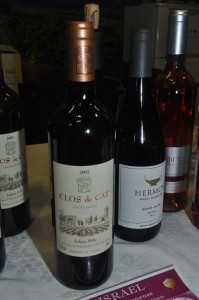 The prestigious wines of Israel were also present at the Foire Internationale de Nice. After a great success in the 2012 edition, the regional commission “Israel Valuation”, in collaboration with the French Riviera and France B’nai B’rith, returns this year to introduce a new selection of kosher wines from Israeli wineyards of Clos de Gat, Tabor, Yarden, and a selection of varieties of grapes to delight lovers of fine wines: Cabernet Sauvignon, Merlot, Petit Verdo, Chardonnay, Sirah, produced on the hills of Lower Galilee, Jerusalem Hills and Golan Heights. Since a long time, Israel wines have been gaining awards in international competitions. The year 2011 has seen the consecration of the wines from the Golan, with the Gran Vinitaly Special Award. This cellar was crowned for its Cabernet Sauvignon Galilee “Yarden Yonatan” 2007, the Galilee Merlot 2007 and Gewurztraminer Wine Heights Yarden Valley 2008, crowned by a gold medal in the category natural sweet wines by the greatest winemakers in the world and specialised journalists. During the international wine competition “Wine Citadel” in worldwide exhibition Vinexpo in Bordeaux, the special award was given to Galil Mountain Winery for its Merlot 2007, and 14 Israeli wines have received Citadel, Prestige or Excellence trophies for the Barkan, Yarden, Carmel and Galit cellars. The Recanati Special Reserve 2007 received the 2011 International Wine Challenge Gold Medal as well as Barkan’s 2007 Hupper Galilee. Israelis vineyards extend over 5,000 hectares operated by more than 200 wineyards. The annual production has now reached 35 million bottles of which 80% are from five producers. 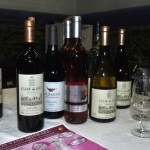 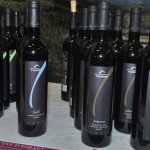 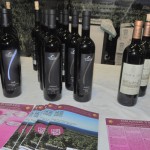 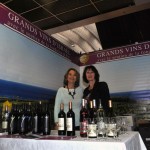 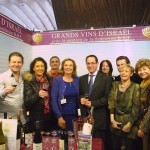 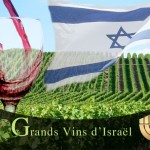 You Can Find Everything at the Foire Internationale de Nice was last modified: August 13th, 2014 by tamel